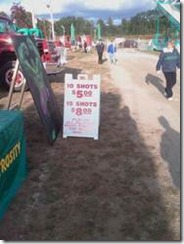 I have always been of the opinion that everybody needs to slog their way through Algebra, Trigonometry, Geometry, Chemistry and Physics on their way to a high school degree. Recently, Andrew Hacker, a professor of political science at Queens College, City University of New York, wrote in the NY Times that this is not the case, at least for math. His article is well reasoned, but some of his opinions are 180° opposed to the reasons I believe these subjects are so important today.

Nor is it clear that the math we learn in the classroom has any relation to the quantitative reasoning we need on the job. John P. Smith III, an educational psychologist at Michigan State University who has studied math education, has found that “mathematical reasoning in workplaces differs markedly from the algorithms taught in school.”

This statement gets a big “so what?” from me. Should we only be learning the things we can memorize? The point is that math and science are cumulative; studying these subjects help us learn how to learn and how to apply what we have already learned to new situations. That is critical because the workplace is constantly changing. These subjects are sometimes difficult, but there is some benefit to successfully completing a difficult task.

One of the professor’s other points is the one that really bothers me:

What of the claim that mathematics sharpens our minds and makes us more intellectually adept as individuals and a citizen body? It’s true that mathematics requires mental exertion. But there’s no evidence that being able to prove (x² + y²)² = (x² – y²)² + (2xy)² leads to more credible political opinions or social analysis.

Maybe there is no benefit in being able to make that proof, but there is an incredible benefit in knowing that some things can be proven. Despite the fact that we routinely treat laws (yielding, hands free cell phone use, giving cyclists 3 feet when passing) as if they are mere guidelines, some things are subject to scientific laws. During the recent heat wave that gripped the Mid-Atlantic States, a plane sunk into the tarmac at a Washington D.C. airport. People were inconvenienced, and people complained about the inadequate planning. Somebody, well a group of somebodies, made the decision at some point to save money by using asphalt instead of concrete pads at the gate positions. That wasn’t a place for opinion to rule the day. That was a case where a careful examination of the facts would have been a better choice, because at a certain temperature, a heavy plane is going to sink into asphalt. Still, it was public opinion that set the financial limits on airport construction.

I once attended a public meeting held by our local school board where we ended up debating whether or not to cut the annual maintenance program for the gymnasium partition doors. These doors are largest, heaviest interior moving objects owned by our town, and we were thinking of saving money by not oiling the hinges or repairing the worn fasteners. People actually said things like: “I think it’s just a scam for the door manufactures to make money” and “they [doors] shouldn’t need to be oiled every year”. Gravity and friction were never mentioned, the number of openings and closings were not discussed; we were acting out of impulse and emotion. A similar discussion ensued around the $1,000 maintenance contract on the panic bars throughout our four school buildings. Statements like “it seems like a lot of money for something unrelated to the core mission of the school system” were winning over the fact that there are laws that say that if these mechanisms break, the school has to close or post someone at the door at all times. People were unswayed by the sheer number of panic bars in the system, the historic frequency of repairs, and the fact that the replacement cost of a panic bar was over $1,100 at the time. I would guess that similar discussions have resulted in the gradual but continuing decline of our roads and bridges, as if corrosion, wear and tear, stress cracks and freeze-thaw cycles will be influenced by our opinions, or yield to the pressure of a bad economy.

Our planet is a life-sustaining system that is subject to known, proven and unwavering scientific laws. We can’t change them; we can only ignore them at our peril. The greater the degree to which people understand these laws, and are able to make decisions based on the gathering of facts and application of principle, the better off we will be as a society.