It’s a brand new year and everyone is either talking about their resolutions or they are making predictions. I’ll have some predictions on one of my technical blogs, but for this one, I’m going to be greedy and say what I want. I know someone will say that these are trivial things (and they are) but I’d still like them.

I mentioned this earlier but since I really think it would be easy to do, I want Foursquare to have employee mayor and customer mayor. Actually, I’m not a huge fan of Foursquare but that’s mainly because I travel regular paths and I’m a rut-loving kind of guy. I’m the mayor of a local restaurant because I eat there at least once a week. When I travel, I tend to eat at the same places. For instance, on the first night that I’m ever in Boston, I can be found sitting at the bar at Jacob Wirth’s. Any time I visit New York, I stop for a beer and a bite to eat at The Molly Wee.

Sticking with social media, I want Twitter to expand the functionality of lists. I want to be able to tweet to people on certain lists. That way, I could tweet content management stuff to my ‘SP-ECM’ list and I could retweet the Pittsburgh Mommy Blog to my ‘Pgh’ list. I also want the list to support logical operators so I could mention new posts on this blog to the people who aren’t already following @NoFacilities. Actually, since I’m the only one following @NoFacilities, I guess I can do that now.

Turning to Facebook, ugh, I could write a 6-part series of things I want Facebook to do or stop doing but I’m going to focus on a few simple one. First, let me share things to the timeline of a Page where I’m and admin without that page having to accept posts from everyone. Second, let me see my friends when posting as the admin of those pages. Third, let me decide who gets the ‘likes’ when I post something. If I post something on No Facilities, and then share it on my timeline, I’d like the likes to be consolidated on the No Facilities page. Is this too much to ask? OK, let’s leave social media, let’s talk about email.

I’d like to see a charge for email. Easy there, I’m not talking $0.49 per email, just enough to kill spam. I’m sure people with sharper minds and more data can work out all the details, but how about if we are charged something like $0.001 per email. To go easy on the little guy, we can forgive monthly charges that are less than $1.00. That’s 1,000 free emails a month. Let the ISP’s keep any money that comes in because those guys in Nigeria have enough money to pay for this.

Moving on, I want Flickr to let me backfill pictures I took years ago without having them appear in my photostream like I took them today. I’m not asking for a huge complicated sort algorithm here. I’m not looking for artificial intelligence. Just let me point to a photo that’s already out there and ‘insert’ my photos before or after that photo. Before or after, I don’t care; Yahoo can decide.

Next, I’d like to see an end to the use of chains to measure first downs in football. George Washington used chains to measure distance – can’t we do better? Seriously, can’t we use lasers or satellites or drones or some other offshoot of the military industrial economy to improve this relatively simple task? The TV crew knows where the line is. We trust their technology for settling challenges and verifying every scoring play, why can we trust it for first downs? 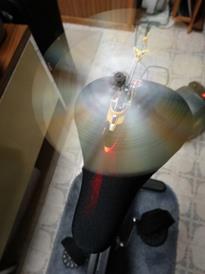 Speaking of drones, can someone please point out to Jeff Bezos what a dumb idea it is to try and deliver stuff with them. Amazon is building a distribution center about 5 miles from my house. Oddly enough, Bradley International Airport is about 2 miles from here. We live in the flight path of the cross-wind runway. I look at the combination of these technologies, the old and the new as it were, and I don’t see it ending well. Autonomous vehicles are fine in closed circuits. Trams at airports and amusement parks, even subways operate fine without a driver, but I’m not looking forward to a little brown UPS drone trying to figure out where my porch is.

The last thing that I want – well, it’s not the last thing, but I need to stop somewhere, is a universal AC Adapter. I am not talking about some dial-a-voltage, bag-of-tips 5lb kludge. I want manufacturers to figure out how to use a common power supply. I can even deal with one size for large items like laptops and one for phones and cameras, but I shouldn’t have to carry 5 or 6 when I travel.

I’m not alone. Many of these have been discussed before. I don’t care who gets the credit, just make it happen.