This is the side door of the Meeting House that was used as a mortuary chapel for Elm Grove Cemetery. I will return to this building, as it has two additional doors that I find interesting. The cemetery is not on my normal commute, but it is on my commute when I have to stop at the ATM on my way to work.

I love some of the early morning pictures I’ve been able to get from the cemetery roads. There is something very peaceful about being in a cemetery, especially on a stormy day. I’ll share some of those in a different post. I am trying to keep the Thursday Doors posts short.

According to a historical building page, The Ecclesiastical Society of Poquonock in Windsor was established in 1726 and a meeting house was built the following year. A second meeting house was built in 1798. The old Society’s church was torn down in 1882, but in 1893 a mortuary chapel for the adjacent Elm Grove Cemetery (earliest stone 1738) was constructed on the same site.

This cemetery is owned and maintained by the Second School Society, which dates back to the earliest government of Windsor, CT, starting in 1633. Elm Grove replaced Ye Olde Poquonock Burial Grounds, which became filled to capacity in the early 1800s. 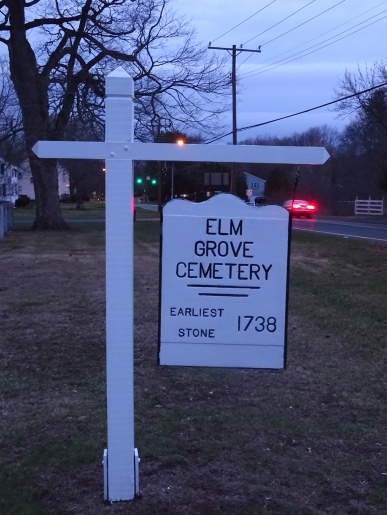 The building is small by today’s standards but it’s an interesting little chapel. 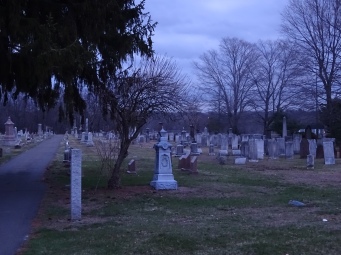 It’s not a very big cemetery, it ends well before the tree line, but it’s very peaceful.

This post is part of Norm Frampton’s Thursday Doors series. Have you seen an interesting door, a funny door or an odd door? Join the fun, Norm has made it easy