In the comments of the post where I featured the doors of the Captain Benjamin Allyn house, Wendy mentioned that her great-great-great…great grandfather lived in Braintree, Massachusetts back in the 1600s. I told her that, if I ever had the chance, I’d try to snag some photos for her. Earlier this week, while on my way to a meeting in Burlington, MA, and I decided to take a detour through Braintree. I didn’t have much time, but I hoped to be able to find a few doors.

Braintree is a Boston suburb with about 36,000 residents. The town was first settled in 1625. According to its Wikipedia page:

Braintree was the birthplace of Presidents John Adams and John Quincy Adams, as well as statesman John Hancock. General Sylvanus Thayer, the “Father of West Point” was also born in Braintree, in the section of town now known as Braintree Highlands. General Thayer was an early superintendent of the United States Military Academy and established America’s first engineering school there during his administration.

That last bit about General Thayer figures prominently in my photos. When I entered “Braintree” in the search field, Greta (my GPS) offered to take me to Town Hall. In New England, the town hall is either in the center of a bunch of historic public buildings, or on the other side of the tracks from a now-bustling city. When Greta took me off the main road onto a narrow residential street, I wasn’t optimistic. Fortunately, I noticed that the next turn was onto “JFK Memorial Drive” and I knew we were onto something good. The folks in Mass don’t waste the “JFK” moniker on just anything.

You know me, I love restoration projects. The building, is the original Thayer Library, constructed in 1874. It served as the Town’s library for 75 years before being closed in 1953. After serving as the Water and Sewer Department until 2005, the building was left empty and in need of repair. So far, it appears that they have replaced the roof and the windows. Luckily for me, the building sits in the center of the Local Historic District, which was established in 1980.

Next to the old library is Braintree Town Hall. Across the street is the new library. The Town Hall has also been restored. The Library appears to be a modern building but it was built in a style that compliments the other buildings.

Next to the library is the Thayer Birthplace. This house was built in 1720 in a different area of Braintree but was moved to this location in 1958. The Birthplace was accepted for inclusion on the National Register of Historic Places in 1974. Further to the east, the Braintree Historical society maintains the French House and kitty-corner across the street (bringing me almost full circle) is Thayer Academy. These last two stops will be featured in a second post. 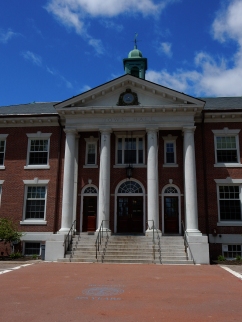 I don’t know when this was built, but it was renovated in 2004 to replace the windows and restore the facade. 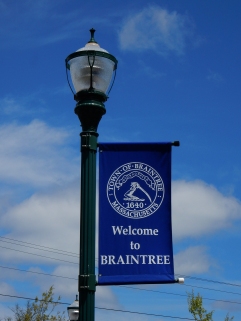 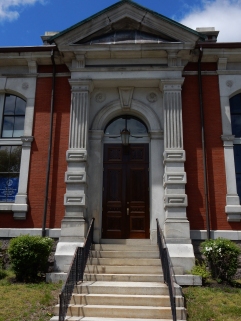 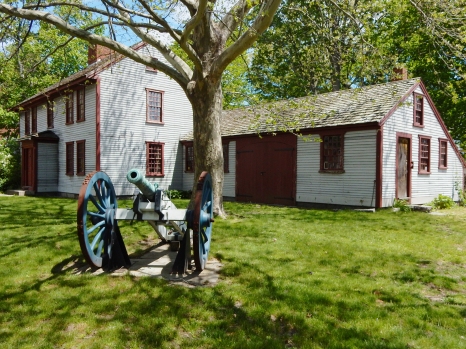 I sometimes want a cannon in my front yard. 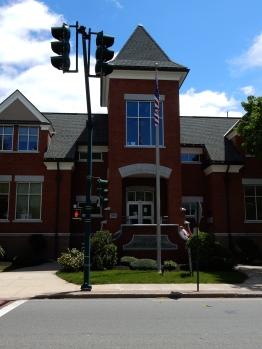 Entrance to the new library 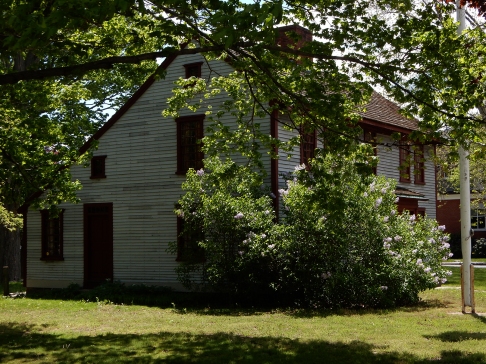 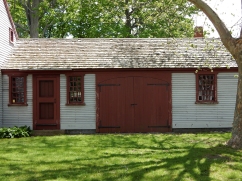 One of the additions to the Thayer Birthhplace. 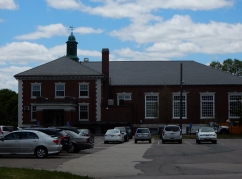 Side view of Town Hall 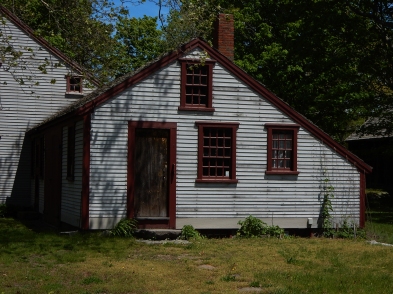 Side entrance to the carriage house. 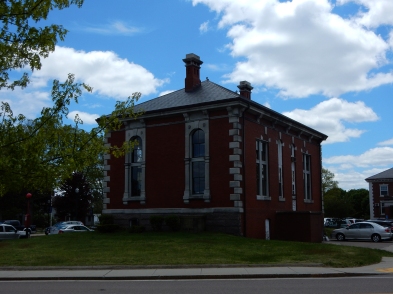 I love those windows. 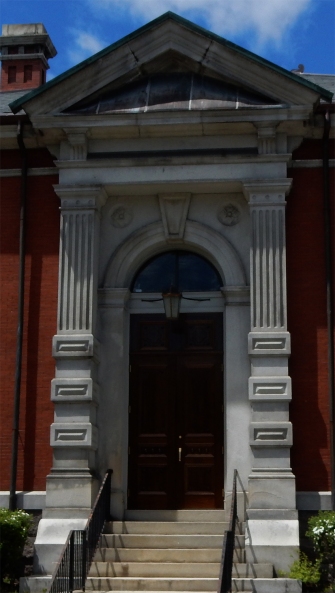 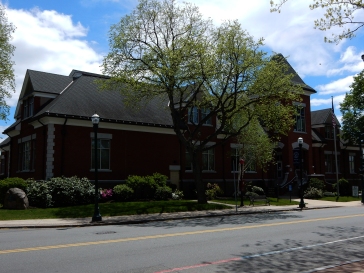 I like that they worked to match the style of the library to the historic buildings. 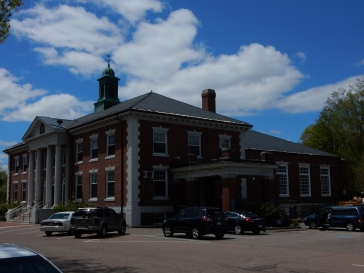 As I walked from The Thayer Library, Town Hall was across the parking lot. 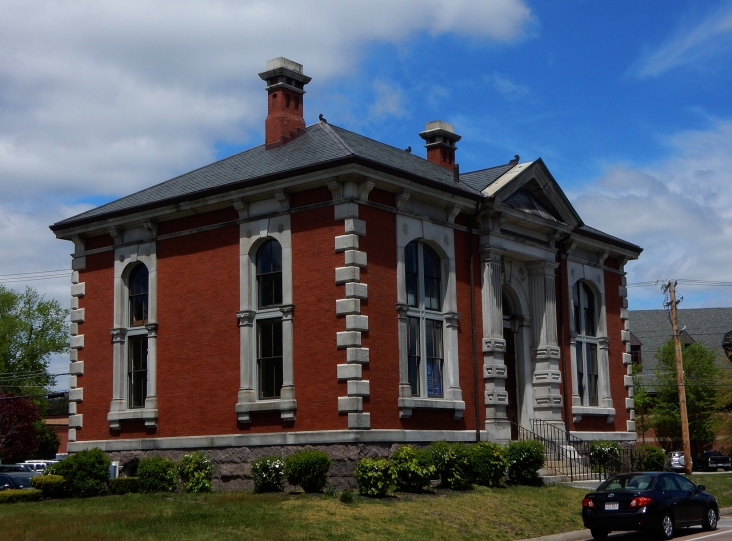 I think it’s a neat little building. I am glad they are restoring it.

This post is part of Norm Frampton’s series Thursday Doors which is inspiring a growing number of people to share photos, stories and renderings of doors from all over the planet. Click on over to Norm’s page where you can see his doors and a Linky button which will bring you to all the doors and let you enter your own door.

Note to Wendy, and any other Braintree enthusiasts: Some of these links may be of interest:

The Town of Braintree.

In addition, I will be uploading the full-size images to my Flickr site this weekend. If you would like any, you can download them from there.