“I’m sorry this train smells like your aunt’s closet”

Said the conductor on the Metro North Local I was taking from New Haven, CT into New York’s Grand Central Terminal last Wednesday.

The conductor also pointed out that the train didn’t have padded seats or electrical outlets, but that it was reliable.

I carry a battery backup that can recharge my phone and iPad, multiple times, if necessary. The seat wasn’t that bad. I could have waited for an express train, that might have saved me 10 minutes, but I was fine with the less-crowded local.

Ironically, when I returned on Thursday, one of Metro North’s newest trains, with the comfy seats and the electrical outlets, stopped dead on the tracks. After about 15 minutes, we were being dragged into Stamford, CT station, where we had to change to a new train.

Being late put me on the platform at the same time as this bad boy. There’s always a bright side.

One of Metro North’s new trains. Unfortunately, it wasn’t up to the task of getting to New Haven 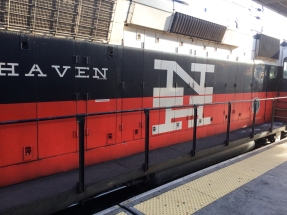 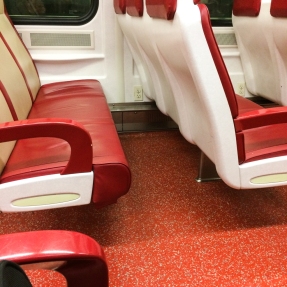 Here’s one of those fancy-schmancy new trains.

The Metro North board at Grand Central Terminal 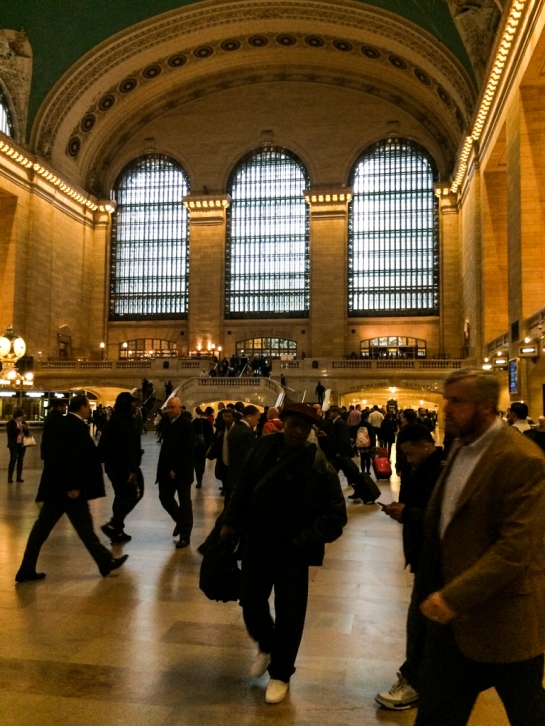 That’s our tired old local, backing up to load.

I love lines, so I always snag a photo of the catenary structures and wires

This might make it into a Thursday Doors post in the future but for today, it was my ride home.