I love the way blog themes cross paths in the community. There are some subjects where you expect to have some overlap, like Veterans Day, Thanksgiving and other major, or major U.S. holidays. I say U.S., but other countries have similar holidays and I follow enough people from outside the U.S. to notice those themes too. The folks in the U.K. don’t seem to celebrate much on the 4th of July, but I guess that’s to be expected. One thing you wouldn’t expect to be a common theme, is visiting one’s hometown.

However, Joanne recently posted about such a trip and Mary posted about her visit a few weeks ago. In fact, Mary inspired a significant change to this post.

I had been planning this post since mid-July, when my daughter and I and my brother agreed to converge on Pittsburgh, Pennsylvania to watch the Steelers lose to Dallas. (That wasn’t the planned outcome, and nothing more will be said about that game). I knew we would be having breakfast in the town that my brother and I grew up in, and I thought I could easily get any door photos I was missing.

The targets of my doorscursion were going to be:

The first house I lived in

The second house I lived in

The church my brother and I attended with my mom

The church my father attended with his mom

The bowling alley my father managed at night and on weekends, and where my brother and I set pins.

That was going to be enough, because, that’s a lot of doors, and the other door photos I wanted to get in the area were pegged to specific future Thursday Doors posts.

Thursday Doors? If you aren’t familiar, Thursday Doors is a fun weekly blog challenge, presented to the world by Norm Frampton. If you want to participate, all you need is a door. Visit Norm’s page. Click the blue frog thingie and voila, doors. Be sure to look at Norm’s doors before invoking the voila thingie.

Anyway, let’s get back to the Mary connection.

All the doors listed above are described in their photos. If you are interested in the descriptions, just click on one of the photos to start a slide-show. The hospital doors need a little more room, so…

I was born after midnight on a Saturday in early November. Earlier that day, my parents had been to the Veterans Day Parade, and when my mother tells this story, she always mentions that people were in shirts or light jackets. In other words, it was a warm day.

My parents were familiar with the baby-hospital drill, having done it before at the same hospital. Still, my dad was a little nervous. Sometime after 2:00 AM, they headed for the hospital. When they arrived, he parked and began walking my mother to the main entrance. He walked right by a sign that said:

The main entrance was, and fortunately for this post, still is, a revolving door. Upon pushing the door and noticing some resistance, my dad pushed harder and harder – and harder – until the panel snapped lose. Then he began pushing on the next panel. The night watchman arrived:

“Are you going to break them all?”

The guard unlocked the now broken door and let my parents in.

My dad tried to explain:

“My wife is having a baby.”

“Everybody’s wife is having a baby. Get out of here.”

It’s true, lots of women were having babies back then. I’ve been told, on numerous occasions of how there were over 25 babies in the Maternity Ward and how I was the only boy. My mother had been hoping for a girl. This is back when your first look at your baby was when the nurse inside the nursery held it up to the glass. I can picture my mother seeing all those baby girls, but she already knew I was me. 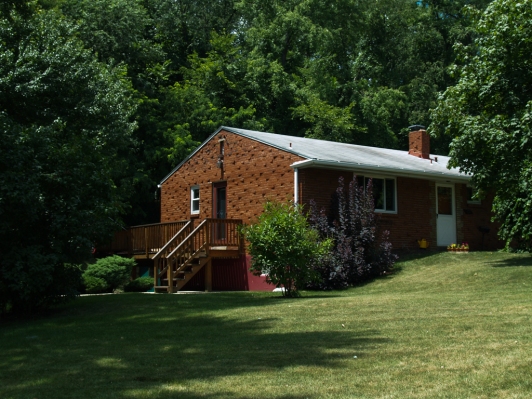 This is the house we moved into so my brother and I could attend better schools. My father would give this guy a D- in landscaping. 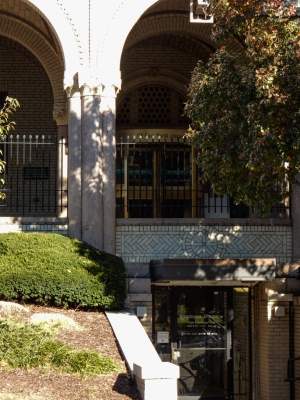 Entrance to Allegheny General Hospital. The emergence entrance is off to the side of this photo. 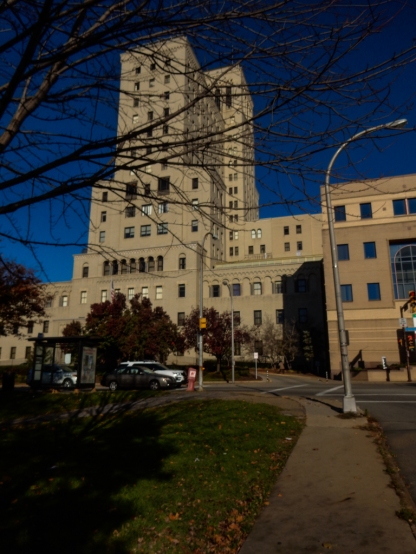 Allegheny General Hospital – this is where I was born.

This is the door to the lower level of the PM Church. It’s the way into Sunday School and I had perfect attendance several years. 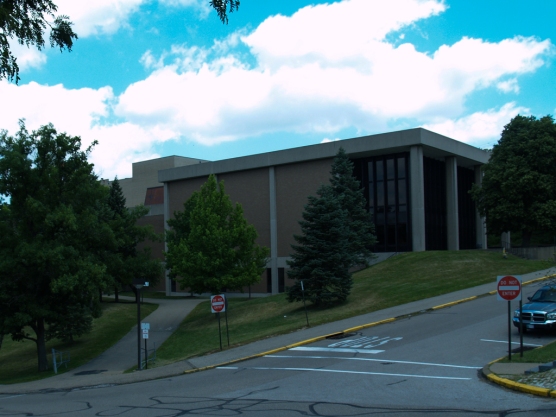 This is the theater wing of our high school. My parents moved so we could attend this school. 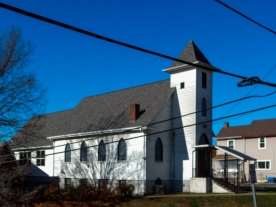 Primitive Methodist Church, Carnegie, PA. I spent 18 years here. My mother was a member for 75 years!

This is the soon-to-be St George Orthodox Church 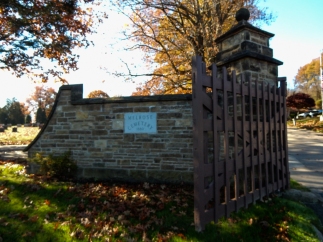 Melrose Cemetery. My dad is buried here, as is his dad and many members of our extended family. 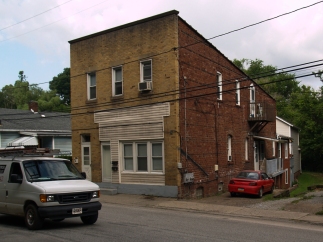 It’s not much to look at, but this place was full of love. My grandmother lived in the front 1st fl apartment. We lived on both floors of the back half and my favorite Aunt Adel lived in that house in the back. The non-brick area is because it used to be a store. 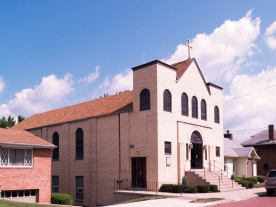 St George Orthodox Church. My grandfather helped build this church, My grandmother attended as long as she lived.

Parsonage of the PM Church. When I was a kid, the preacher sold ice cream treats from a freezer in his garage, 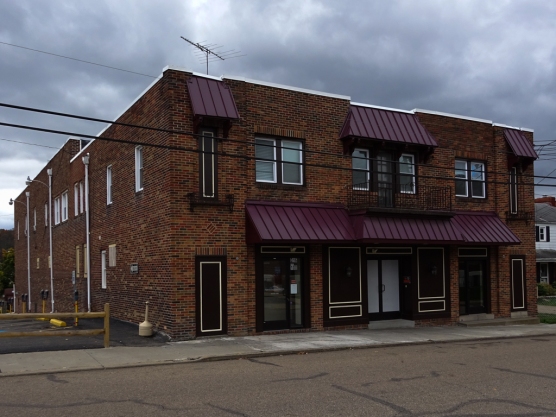 This was the bowling alley my dad managed. My brother and I set pins here and I worked behind the counter.

Bridgeville Public Library – They converted the railroad station into a library 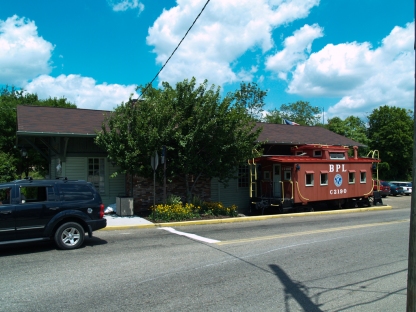 They turned the Caboose into the Children’s Library