“You’re late again. I ordered my wine and I told Cheryl to put it on your tab.”

“I’m sorry. I spent Thursday with a tough crowd. I needed something to be thankful for.”

“I see. Nothing like being home for the holidays. Enjoy the wine. I suggest we watch some football and not speak of your dreadful day.”

“Hey there, Dan I’ve got something for you to be thankful for today.”

“Well, it certainly isn’t the companionship of Mr. Sunshine, here.”

“It looks pretty light…mmm, that’s not bad, not bad at all. I understand I have a tab open, put one of these on it.”

“Maybe you should hold it for a while. I’m guessing that would darken it up.”

“Good one Cheryl. So what’s the story here?”

“The manager took your comments about having too many IPAs on tap to heart. She wanted to stay with craft beers, but thought you guys deserved a lager.”

“Enough with the beer talk. Doesn’t anyone want to hear about my Thanksgiving disaster?”

“Seriously, if it put you in that bad a mood, it might be contagious. Drink your wine. Watch some football. Maybe UConn will win today.”

“Pffft, UConn. That sports program is going to Hell in a handbasket.”

“I told you, this isn’t college football country.”

“Then why should we watch?”

“Because there are some UConn fans in the bar, and you guys might win this one. I mean, you’re playing Tulane…”

“Whatever it takes. Besides, I’ve been in Pittsburgh when they beat Luck and company.”

“What about WVU, who are they playing on ‘Rivalry Weekend’ ?”

“Oh, right, your brother’s alma mater. Do I remember correctly that you guys have some bet around that game?”

“Oh, those are awful colors. I hope I get to see that.”

“Is that game in Iowa or will Morgantown be enjoying the sweet smell of burning couches wafting in the night air?”

“Iowa. No couches will be harmed in the outcome of this game.”

“So, how come, on the day of the big game, you’re wearing a Pitt jersey?”

“Pitt plays first. They should be done whumping Syracuse before WVU-ISU kicks off.”

“And what? You’ll go home and change jerseys?”

“It’s not superstition if it works.”

“Remember when WVU and Pitt both played UConn?”

“I do, hang on. Cheryl, this House Lager goes down pretty easy.”

“One more coming up. Does grumpy want more wine?”

“Well, that ain’t gonna happen. The good teams escaped. UConn could always go back for basketball.”

“What about football? It’s a basketball-only conference.”

“So, it’s the only sport UConn is any good at. Well, that remains to be seen this year, but…”

“I seem to remember UConn beating your guys.”

“Yes, I was at the game where UConn beat Pitt in triple overtime, but those days are gone. In case you haven’t checked, Tulane is a 1-point favorite in your race from the bottom.”

“Losing to Tulane… That would be the perfect end to a rotten weekend for me.”

“Oh for the love. I thought maybe sports would take you mind off of this.”

“This? You don’t even know what ‘this’ is. Unless you asked when I wasn’t listening.”

“I haven’t asked, because I don’t care.”

“Here’s your wine, and your Jack’s Abby. If you boys are going to fight, keep it civil.”

“That’s what I tried to say on Thursday. Fat lot of good that did. You have no idea.”

“Then I don’t want to hear about it.”

“It wasn’t only the election…”

“Yes, and some had to leave before desert so they could get up early for Friday shopping.”

“You should have given them a drumstick-to-go and your blessing. If people are thankful for the chance to fight for a cheap TV, who are we to complain?”

“What about you, what did you do?”

“We ate, we drank, we played Monopoly, we had pie and we watched the Steelers – perfect holiday.” 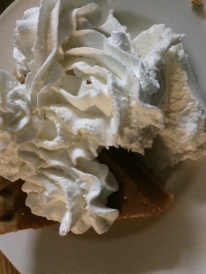 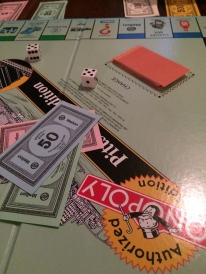 I had to pay Luxury Tax about a million times 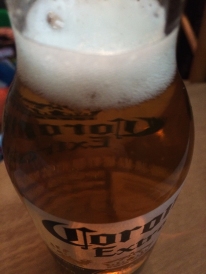 Something lighter for today 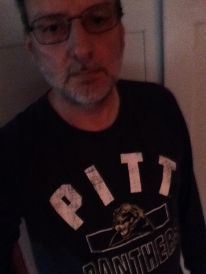 Not very good with selfies 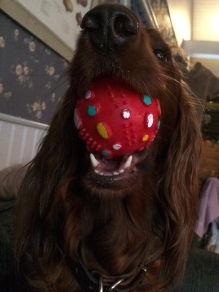 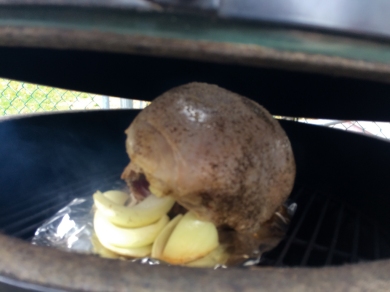 This is going to be good 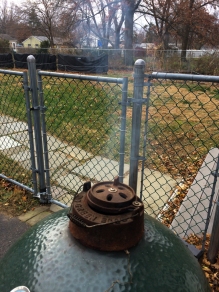 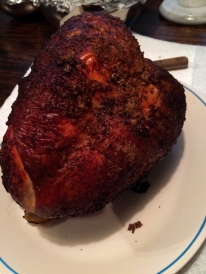 This turned out pretty well. Crisp outside and juicy inside 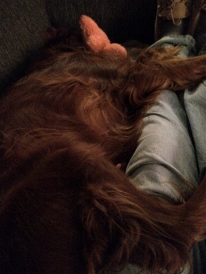 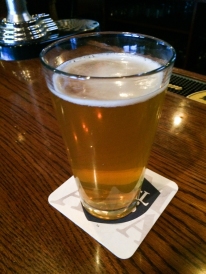 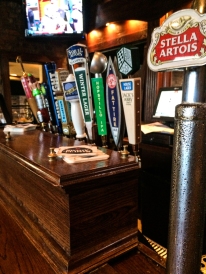 Good to see this new tap