The way my posts this weekend have lined up, you might think I’m being paid by Deborah over at Circadianreflections Blog. It’s not the case. It is the case, however that the event highlighted in this post was inspired by Deborah. As Faith and I were planning our trip to Pittsburgh last fall, Deborah was talking about a trip she and some friends took, in order to take photos of Sedona. That got me thinking about adding a photo shoot to our already over-booked-crazy-busy schedule in Pittsburgh. Faith is a photographer by training and an adventurous soul by nature, so I knew she’d be up for it.

Faith had already agreed to help me door get some photos from a number of places, but I wanted a photo shoot that Faith would find interesting. Early in the week we were leaving, I started checking the weather. Saturday was to be clear and cold. Perfect!

I emailed Faith and asked her if she would be interested in photographing the sunrise from the West End Overlook. There was no hesitation in her reply. “Absolutely!”

The West End Overlook is a park, in the west end of the city at the top of Mt. Washington and it overlooks the city from slightly down river on the Ohio. What it lacks in a clever name, it more than makes up for in vista quality. You gaze up the first few hundred yards of the Ohio River to its origin at The Point, where the Allegheny and Monongahela rivers join. Behind that golden triangle lies the city of Pittsburgh. From the overlook, you have a great view of the city, the stadiums on the North Shore, many of Pittsburgh’s most historic and important bridges, and, if you look off to the southeast, you can make out the top of The Cathedral of Learning.

As we arrived at the entrance to the park, chocked our wheels toward the curb (very steep street) and headed up the path, we knew two things. One, we had been blessed with a beautiful day, and Two, it was cold. It was well below 30°f (-1 c) and while Mt. Washington sometimes protects Pittsburgh from an icy wind, we were on top of Mt. Washington.

At first, I was thinking: “we’ll get a few nice sunrise shots and get out of here,” but a sunrise isn’t like a light switch. The sun rises slowly and the view changes gradually and there are just too many pictures that have to be taken. And then a train! A long train started winding its way north along the Monongahela River, toward us. Then, a second train headed south on a set of tracks parallel but slightly above the riverside tracks. Then an eerie mist started to form on the Ohio River below us. Then, and then, and then our fingers were frozen.

I decided that a collection of sunrise photos would be a great way to kick off 2017 at No Facilities. I can’t tell you how hard it has been to not share these photos before this. I can tell you that, before this day is over, one or two of these will be my Facebook and my Flickr banner photos. I was also the happy recipient of a framed enlargement of one of Faith’s photos from this photo shoot. 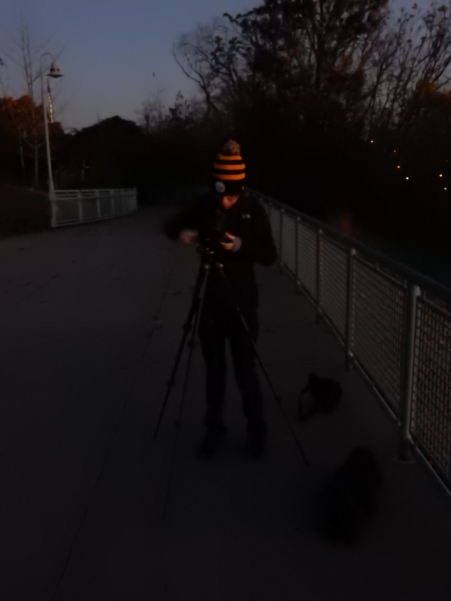 She came prepared, although we could have used a heater. I think it was 22f when we arrived. 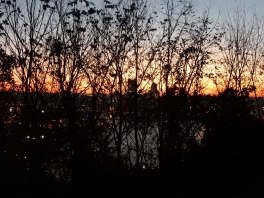 The northern end of the park is a little overgrown. 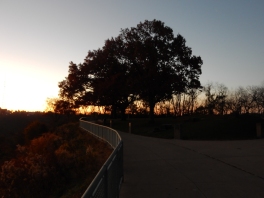 West End Overlook Park. Not much to do here, but the view s amazing. 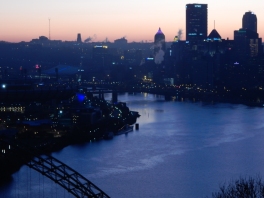 Looking up the Allegheny past the North shore stadiums on the left. The first tall building on horizon, moving left-right, is the Cathedral of Learning 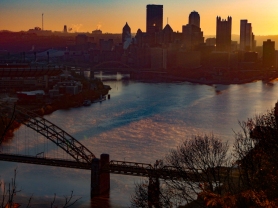 A strange mist started forming on the Ohio River. 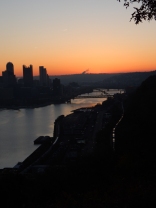 I like how the sun is reflecting off the two trains running below us. 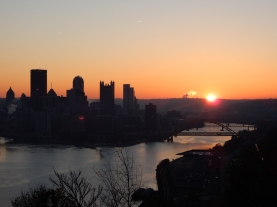 Good view of The Point. Somewhere in that mix, the Allegheny and Monongahela rivers end and the Ohio river (bottom left) begins. 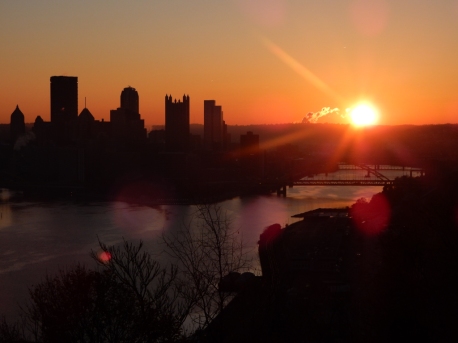 On the rise. That’s the Monongahela closest to the sun, 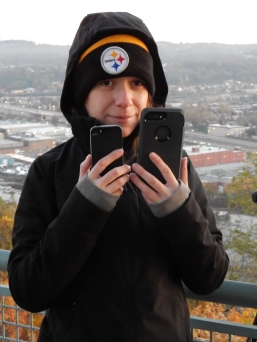 “Yes, your iPhone is bigger than my iPhone” 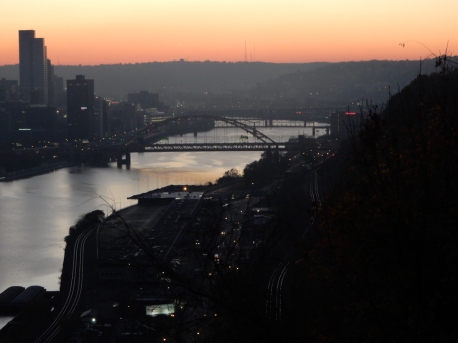 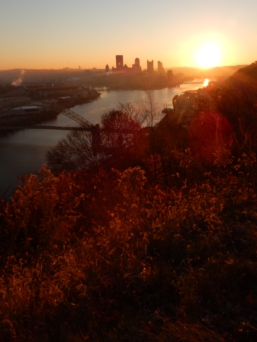 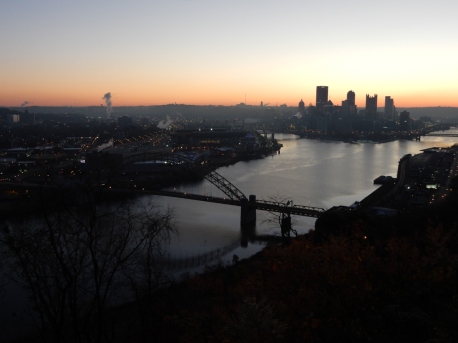 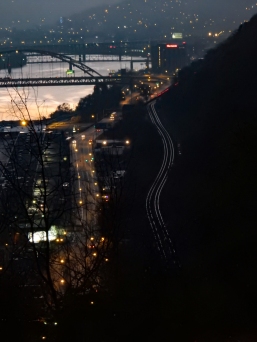 I like the early reflection off the railroad tracks. 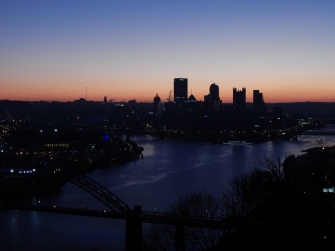 Looks like we got here with plenty of time. 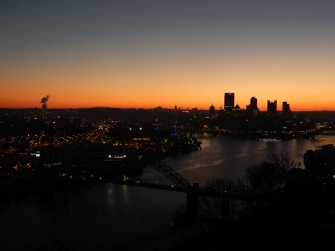 The Pittsburgh skyline is one of the most beautiful of all the ones I’ve seen. Yes, I’m a little biased, but… 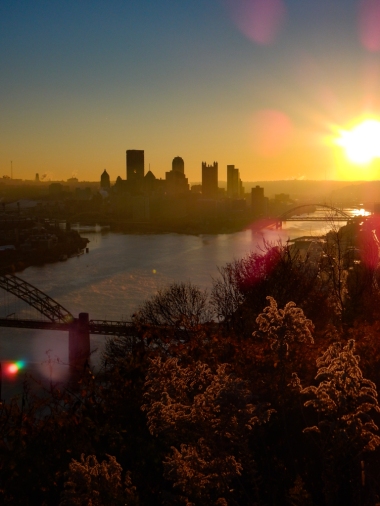 Once the sun was a little higher, the hillside came alive with the last bit of fall color.

If you’re interested in statistics, I took 155 photos. I started working with 30 and eventually selected the 17 included in this post. I probably could have dropped a couple more, but…