Weekends are important part of life. At least they are while you’re working. I don’t know if I’ll still appreciate weekends after I retire. I hope so, but I wonder if I’ll start doing weekend things during the week so I won’t have to be out in the weekend crowd. I think I might like avoiding the weekend folks for some things, but not everything. Some things belong on weekends.

I was there yesterday. A women’s tennis match was on. I quipped to the guy next to me: “next week, baseball.” He replied: “it’s good thing. I can’t take much more of this.”

After several weeks and weekends that were complicated by travel, preparing to travel, recovering from travel, I realized that it takes a normal weekend for my life to settle down and feel right. It takes waking up a little later – 6:00-ish instead of 5:00-ish – and sitting with Maddie. Maddie greets me during the week, and we sit, but it’s not the same. On the weekend, we sit, then we go out and check the perimeter and then we sit some more. Then she puts her head on my foot and goes to sleep while I read a few of your blogs on my phone and look at the paper. Then we go for a walk.

I know, boring, but it helps recalibrate my senses.

I may do all manner of tasks on the weekend, but they don’t seem like work. I either enjoy what I’m doing, or I do it in a way/place that makes it more tolerable. This past weekend, I finished our taxes. Working on a computer, just like I do during the week, but different. Comfo

rtable. I was reviewing our taxes Saturday night while watching “As Schools Match Wits” followed by a few Twilight Zone episodes, including: “The 7th Is Made Up of Phantoms.” That might not bode well for the accuracy of my refund, but it felt good. I also started writing this post, and Wednesday’s and next Saturday’s, and I gathered the doors photos I’ll be sharing on Thursday.

That’s normal. That’s normal and that means I’m going to have a normal week. I’m going to go to work for five days, like I haven’t in three weeks. I’m going to get coffee, stop and have breakfast at Maddie’s, pick up a pizza on Wednesday and watch baseball. OK, a normal week doesn’t include baseball, but since the Pirates are opening their season on the road in Boston, there will be three games on TV this week.

I’m going to extend my weekend into my work week by wearing a Pirates tee-shirt under my dress shirt on Monday. That dress shirt will be black, too. I sometimes do that on Friday, too. I like to give the weekend a head start. Since we can wear jeans on Friday, I dress for the weekend and then camouflage it under a dress shirt. Sometimes, I even wear my weekend watch.

Are your weekends different? Are they special? If you’re retired, do you have a favorite day of the week?

No weekend is complete without scratching and brushing MuMu. 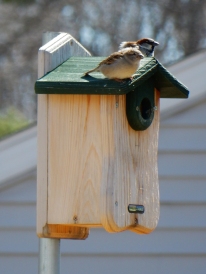 A long line for ice cream is always a sign of spring. They’ve added music to the wait – that’s good too.

The goals are waiting for spring and children and soccer balls.

This little guy is waiting for spring, but not patiently. Quite the chirper.

One of the orphan squirrels. I think he’s thanking my wife for those walnuts. 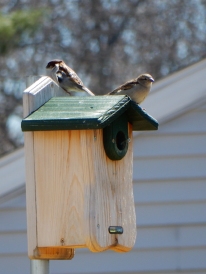 Snoopy’s home – and with a friend.

These guys appreciate a little extra food since we’re still getting snow.

On my walk with Maddie. Even the scoreboard seems to be waiting for spring.

Driving around town, winter is still on display. 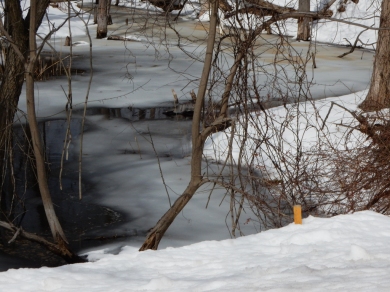 Hopefully, winter is loosing its grip on our little town. 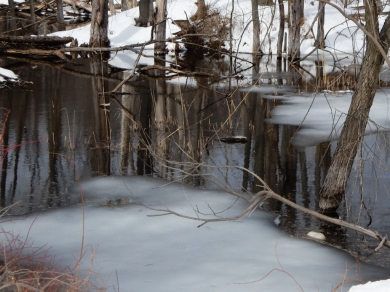 This small pond has been mostly frozen, but is now waking up.

That’s the Windsor Locks Canal as it weaves its way through our town.

We had two baby squirrels become orphans recently. They seem to be doing alright now (with a little help from the Mrs.)

This was the song playing while I was in line for ice cream. It’s pretty easy to wait while The Who is playing.