I was going to write about marketing today. I love to pick on marketers, or perhaps that should be marketeers. I always have to acknowledge that our daughter is a marketer, but she’s a good one. Like my friend Paul is a good lawyer. Instead, I decided to write about why I didn’t write about Earth Day.

It’s not because I’m anti-Earth Day.

If ever there was something we should think about every day, it’s Earth, but not as if it’s a noble challenge we’re taking up to “save the planet.” If you think about it, “Earth Day” is backwards. It should be Human Day. If we mess up the planet, we’re the ones who are screwed. Earth will get over it. Earth will shrug its mountainous shoulders, sigh a sigh of relief and mutter a great big: “I thought they would never leave.”

I’m pretty sure that if we find a new planet, a Planet-B as some people are saying, Earth won’t be giving us back our damage-deposit and probably won’t give us a good reference.

Lots of you wrote around the Earth Day theme. I enjoyed your posts. I was particularly touched by a statement that Cheryl made in her beautiful post:

“Yeah! Today is Earth Day, you know, a day set aside to make a real effort to remember where our gifts come from and to honor the agreement we made with the Creator to be stewards of this blue and green miracle.”

Boy, did we mess that up. Let’s hope He doesn’t send us back as garbage eating bacteria.

When I searched on Earth Day I saw an ad from 2007 when Home Depot gave away a million Compact Florescent Lamps (CFLs) on Earth Day. I thought: “marketing…sigh” – yeah, it’s hard to get me off my train of thought. I wonder if they collected the 5 milligrams (times a million, or about 11 pounds) of mercury and properly disposed of it. If you Google: “are cfls good for the environment” you’ll find stuff all over the map. Was giving away a million CFLs good for Home Depot’s bottom line? Only they know. They aren’t giving CFLs away this year, and they aren’t giving away LEDs.

I can avoid Home Depot, but some people bring the conflict to my front door.

I’ve dealt with earth-friendly and earth-unfriendly people, ever since I bought a house. The River Keeper folks used to come around asking me to give them money and sign petitions. They wanted to close a local manufacturing plant because it was only compliant with clean water regulations when they felt the company could do better. Well, they were compliant, and they were employing a bunch of people, so get off my lawn.

Speaking of my lawn, I routinely turn down the folks who want me to pay them to slather it in chemicals to make it uniformly green and bug free. I.E. no “weeds” and no bugs. And yes, bees are bugs, as far as they’re concerned. My lawn would be pretty for the guests I never invite, but I couldn’t let Maddie walk on it.

That’s what I’m talking about – when humans are gone, lawns will revert to wildflowers and weeds, and bees and butterflies (if there are any left) will once again flourish. Human Day, people, not Earth Day.

The gallery contains some of the little miracles I noticed while walking with Maddie this weekend.

Sometimes, I take Maddie outside before I go to work.

Pretty soon you won’t be able to see him.

Someone on a recent episode of a home improvement show identified these as weeds that “have to go” – Bunnies love to eat those leaves.

We took the tarp off, but the wire screen is still over te AC compressor. 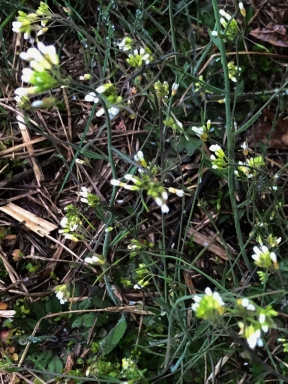 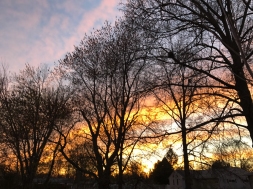 The benefit of taking the pup out at night. 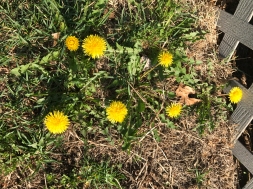 The lawn care guy can get rid of these, but we like seeing them.

We decided not to take this sidewalk. 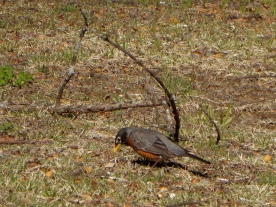 Maddie had to check this out. No interest, but she had to decide. 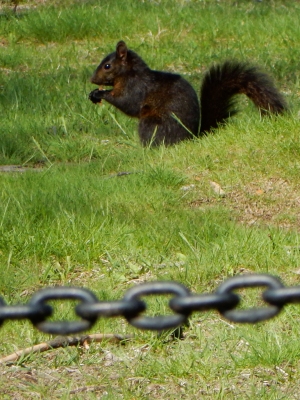 One of the inhabitants of the family park. 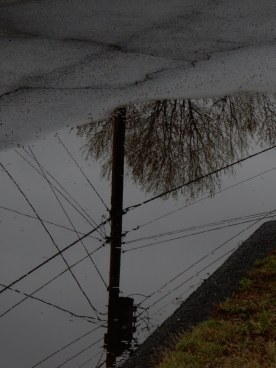 Reflections and lines. They may not be here when we return, but it was hard stopping Maddie at the start of our walk. 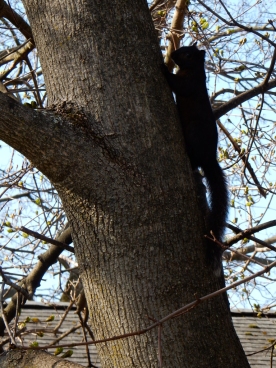 He didn’t stop for very long.

I always snap contrails for Faith

We think this might be the bunny from our yard last year. The mark above his leg might be from an injury we remember.

I don’t know what kind of tree this is, but it was a nice place to wait fr some people to pass.