We all arrived in Pittsburgh on Friday night, for a Sunday church service and my mom’s funeral on Monday. That left us with some free time on Saturday. Faith and I drove to Station Square, the old Pittsburgh & Lake Erie Railroad terminal and freight warehouse turned shopping/dining experience, while my brother’s family was on a driving tour to introduce his son-in-law to the city. Faith and I walked across the river and up to PPG Paints Arena, to buy some Pens gear in support of their playoff run. After that, we all met at the top of the Duquesne Incline for lunch atop Mt. Washington. Of course, I collected some doors.

If you want the full history on Station Square, click the link in the above paragraph. If you prefer the Dragnet version, I’m borrowing some of their text below:

“In 1873, the Pittsburgh & Lake Erie Railroad (P&LE) was first chartered and in 1877, construction began on a rail line connecting Pittsburgh to Youngstown. In 1879, the P&LE officially opened for commercial traffic and later became known as the Little Giant for the amount of tonnage that it moved.

After World War II, air and motor traffic in America began to make considerable inroads into the railroad passenger business. By 1970, railroad passenger traffic had all but disappeared. Even the company’s facilities for handling freight at the Pittsburgh station were no longer needed. The great railway complex, covering over forty acres and containing, besides the huge terminal, an extensive freight station, a seven story warehouse, an express house and several minor buildings was in danger of becoming a commercial cemetery.”

You still might want to click that link, as there are a few old photos on that page worth viewing.

I started writing this post on my iPad, while flying home from visiting my brother in Iowa. That means I didn’t have access to the photos, so I haven’t chosen the other doors. So, I’ll stop writing and I’ll add captions to the doors I select. You can click on any photo to start a slide show.

That’s the door to the restaurant where we ate lunch atop Mt. Washington.

Gate blocking the delivery entrance to the restaurant where we ate lunch.

Heinz Field, including doors to the home side entrance,

I was happy to see this sign as I was entering the restaurant.

Looks close, there’s a door. I used to work for the Gateway Clipper fleet and I love seeing the boats on the river. 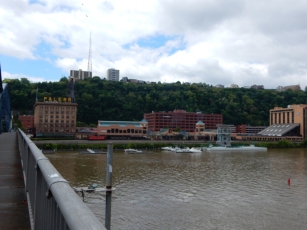 From the east side of the Smithfield St bridge, the stuff on the left is the entire complex that has become Station Square 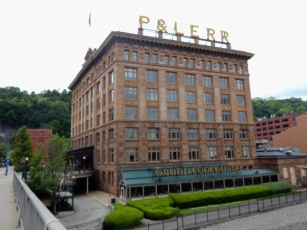 This was the original terminal and office building.

Smithfield St Bridge. One of the oldest in the city 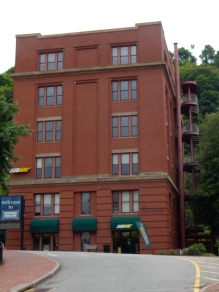 This isn’t part of Station Square, but I love the circular fire escape

Much of the original character of the station was preserved. 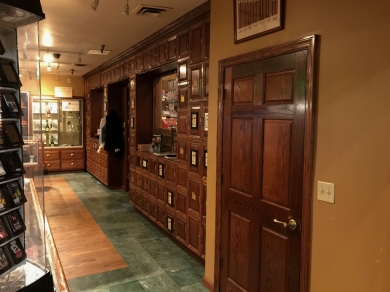 Inside, well almost inside, the cigar shop. 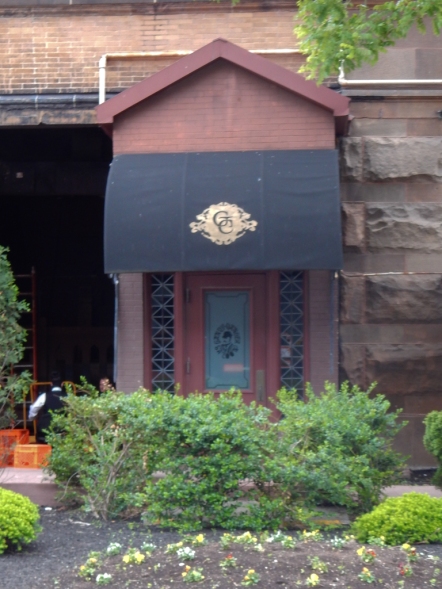 I wish I could remove all the notices, but…

I love swinging doors. These lead into the restrooms at the restaurant where we had lunch.

This restaurant inside Station Square is closed, but it’s a lovely gate,

Thursday Doors is a weekly worldwide-door-sharing-phenomenon brought to you by Norm Frampton Railways, home of the Montreal Limited. If you want to participate, or if you want to see cool doors from all over, point your locomotive toward Norm’s roundhouse. Upon arrival, check out his doors, and then look for the blue frog. Click that tadpole and follow the signals to the rail yard full of doors.