If we were having a beer, you’d be amazed that the bar is empty.

“Well, I’m glad the tab is open, but the parking lot is full. I had to park on the street. I was expecting a crowd.”

“They’re outside on the patio. This is when I really appreciate you guys hanging at the bar. Here’s your Yuengling, Dan.”

“Aw, thanks Cheryl. We’re not made for the sun.”

“I guess I wasn’t expecting the sun to come out today, it started out pretty gray.”

“We were dead here until about 45 minutes ago. Then we got so busy, they called in an extra waitress.”

“Ouch, does that cut into your tips?”

“It eliminates my tips, unless you guys come through for me…no pressure. You are going to order, aren’t you?”

“If you haven’t ordered by the time I order my second beer, I’m closing the tab.”

“A glass of Meiomi, Cheryl, and keep that tab open, I think we’re ordering some food.”

“Red wine. I guess that rules out mussels.”

“You can have mussels. It’s not like we’re on a date.”

“I’m gonna stick with wings. The last time I had mussels, I think I wore a bunch of the white wine and garlic home.”

“It took several attempts. Almost ruined one of my Pirate shirts.”

“Not much of a loss, there. Do you suppose you jinxed them?”

“Hey hey hey, don’t be disin’ on the Pirates. They’re only five games back, and they’re due for a win streak.”

“Why do you torture yourself? The only reason they’re only five games back is because the NL Central is the worst division in baseball.”

“Last I checked, your precious American League East wasn’t much better. Just because one team isn’t running away with the lead, doesn’t make the division bad.”

“I think this conversation needs more fuel. You guys want another round?”

“Thanks Cheryl. I’m done with this subject, but that still sounds like just what we need.”

“Careful, you might spill that beer on your precious shirt.”

“At least I’m not afraid to represent my team in public.”

“Enough already. You’re the only two in here – you can’t be jackasses.”

“The plural of jackass is jacki.”

“No, not really. That’s just the made-up word he uses, Cheryl. You were correct.”

“Don’t do that. You’ll encourage him.”

“Wow, did you get up on the wrong side of the bed today?”

“I’m just mad about the parking. I don’t like leaving my car on the street.”

“So, go move it. There are spaces in the lower lot.”

“I don’t like the lower lot. People pull in there for take-out and block the cars.”

“For two minutes. What’s your hurry?”

“The spaces are narrow. I don’t want my car to get dinged.”

“I park there all the time. I’ve never gotten dinged.”

“You did get dinged, someone backed into your front fender.”

“You’re right, someone did, but I had that fixed a couple of years ago.”

“I would have sold the car; it’s damaged goods.”

“Damaged goods? From that ding? I had it repaired when I had to have the back bumper replaced. Remember, that guy backed into me?”

“I remember, and then you creamed the front bumper. I’m telling you, you should trade that car.”

“It’s been repaired, no lasting impressions, I want to get at least another year out of this car.”

“Then you should be more careful about where you park.”

“Said the man whose car is parked on the side of a busy road.”

“Here’s your beer and your wine. You know, you’re probably better off on the street than in either of these lots.”

“Why do you say that, Cheryl?”

“Cause I’ve been selling a lot of booze today.” 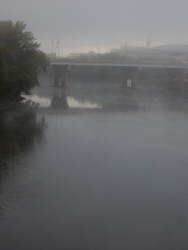 Looking south from the Bulkeley Bridge 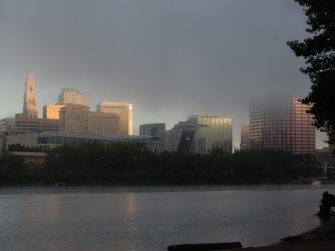 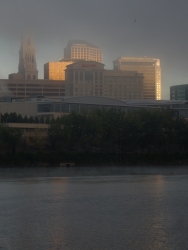 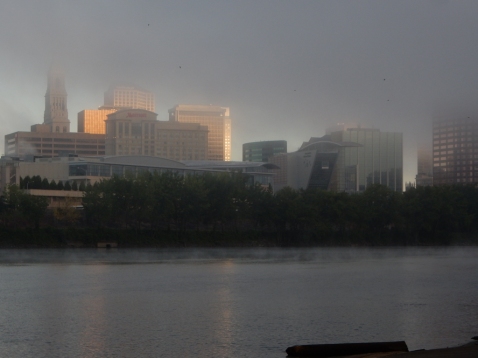 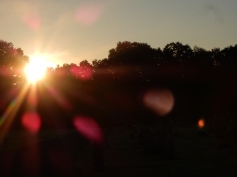 Sun burning away the fog at the cemetery 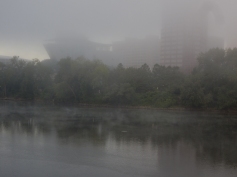 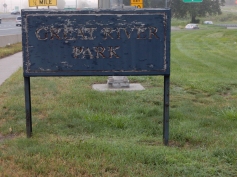 Park sign at the north end – needs a little TLC 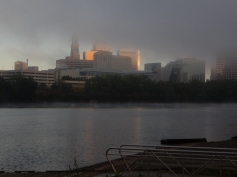 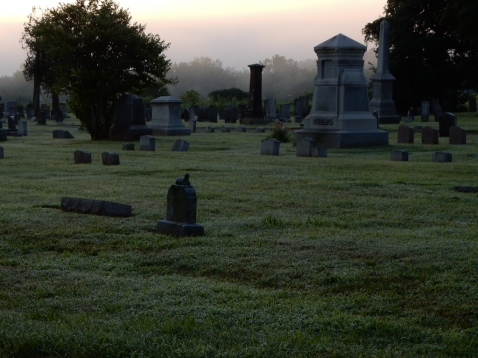 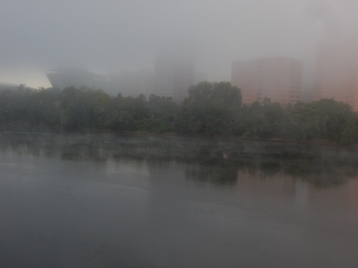 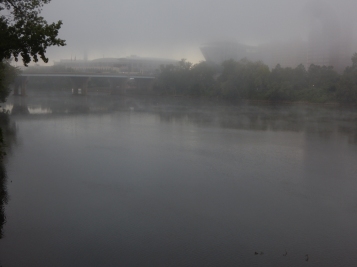 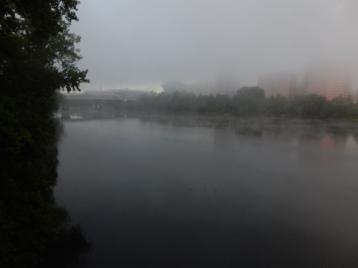 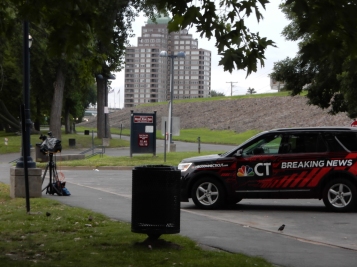 I guess they’re waiting for breaking news to occur 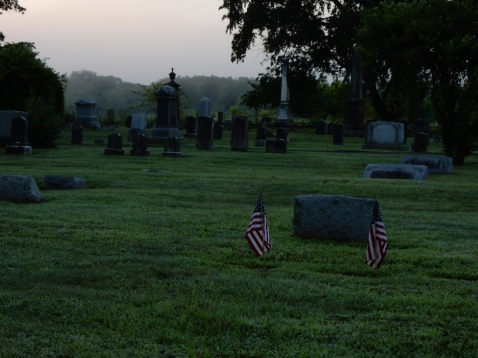 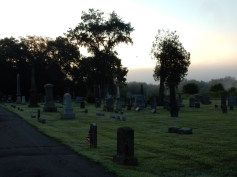 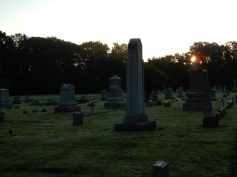 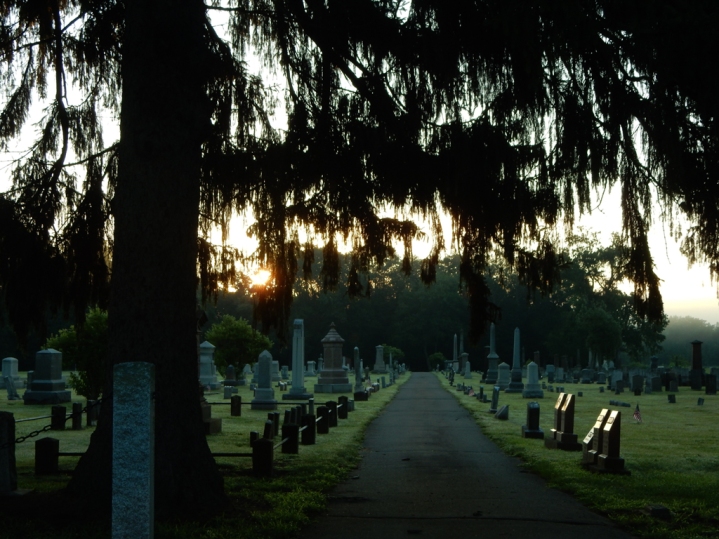