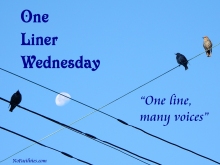 Part of our birthday present to Faith was a weekend road-trip to Pittsburgh for a Pirates baseball game and some other ‘burgh stuff. For the ballgame, we parked on the west side of the Monongahela River and took the Gateway Clipper to PNC Park.

This was also the weekend of the Pittsburgh Regatta. When we bought our Clipper Shuttle tickets they told us that, in order to avoid the regatta boats, the shuttle would dock at Heinz Field instead of PNC Park (about ½ mile walk). When we turned around the Point and headed up the Allegheny, the boat kept going and docked at PNC Park.

As we disembarked, I asked the deckhand if they would be picking us up at PNC, or Heinz. His response was comforting:

“When the game is over, if we’re not here, check up there.”

We got lucky, traffic on the river let them bring our ride home right to the PNC dock. I used to work on those boats and we love riding on them. It’s the best way to get to a ball game.

This post is part of Linda G. Hill’s fun weekly series One-Liner Wednesday. You can follow this link to see the one-liners from the other participants. The gallery is mostly photos from the boat. You can click on any of them to start a slide show. 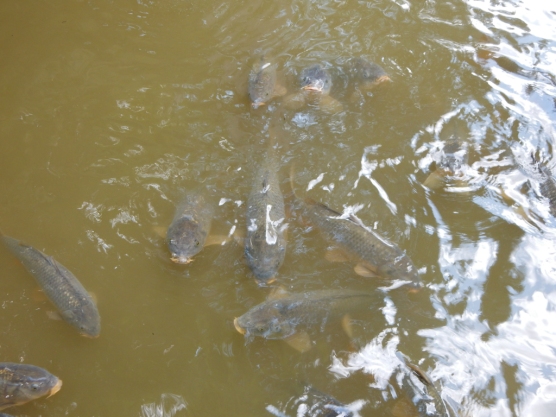 Carp at the boat dock. When I worked on the boats, I used to scrape rigatoni and au gratin potatoes overboard and these guys would snarf ’em up like candy. 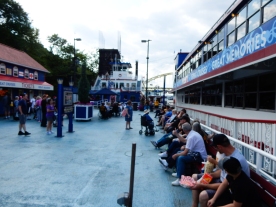 Waiting for our ride to the ball park 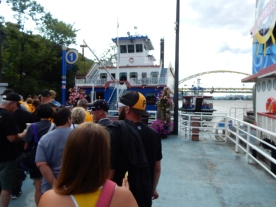 We’re early, so were going through the big boat but we’ll be boarding the little one. 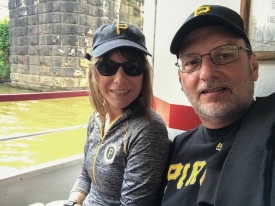 “Am I doing this right?” We’re turning into the river to head to PNC. 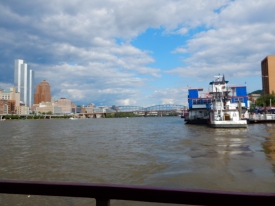 That’s the Smithfield St. bridge in the background 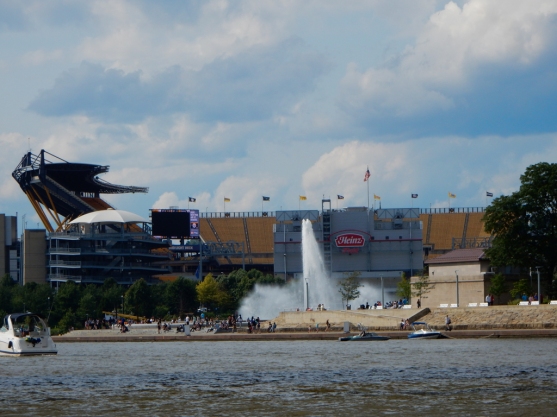 Heinz Field. Home of The Steelers 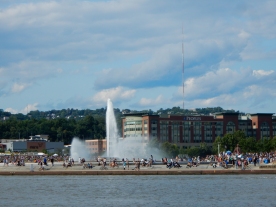 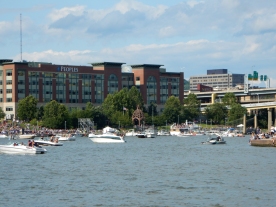 Boats for the regatta. Looks crowded, but the captain has it under control. 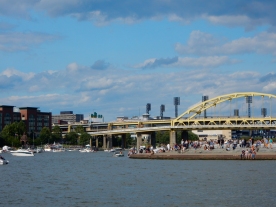 That’s “The Point. The confluence of the Monongahela, Allegheny and the birth of the Ohio River. 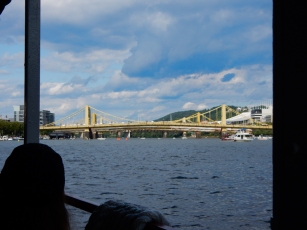 Turning up the Allegheny, looking at “the Sisters” Roberto Clemente, Andy Warhol and Rachel Carson bridges. 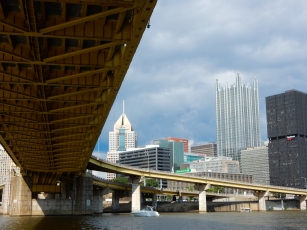 We’re under the Ft. Pitt Bridge looking back across the Monongahela River to the heart of the city. That’s the PPG tower that looks like a castle. 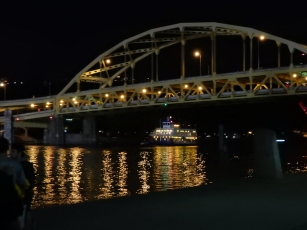 That’s our ride. It looks like it’s coming to PNC Park. A half mile isn’t far to walk, but this is nice. 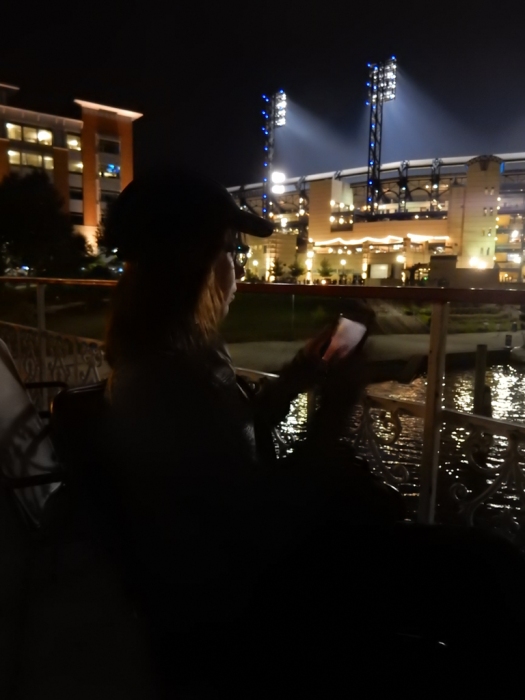 Faith snapping a few photos with her phone. 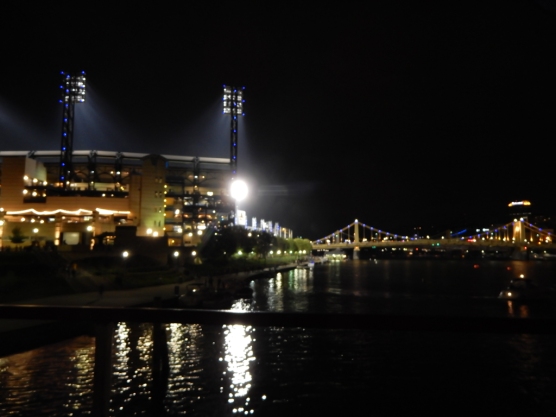 Leaving the prettiest ball park on the planet 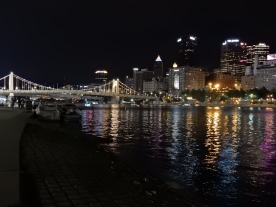 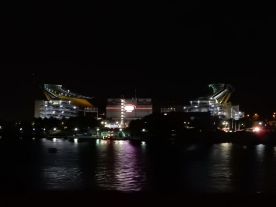 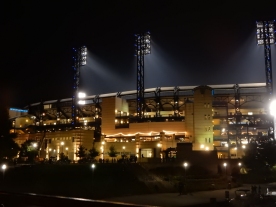 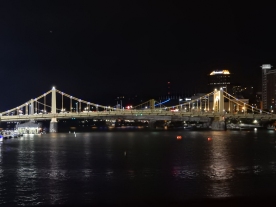 The “Sisters” at night. 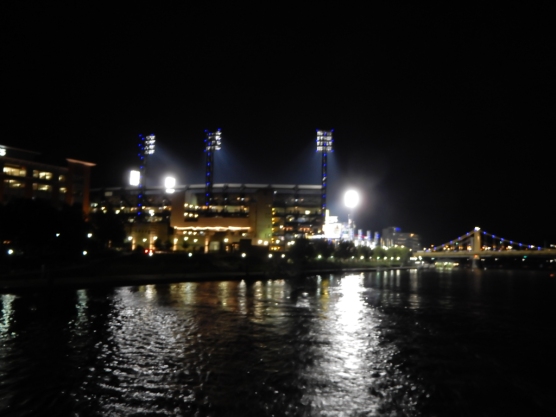 Game over – The Pirates lost, but we had a great time.