For those one-liner purists, i.e. the folks who think I’ve already written too many words before getting to the one-liner, here you go:

See? It doesn’t make much sense without a little back story.

The back story involves football. I know, I know, a lot of you don’t like football, but if you’ve been counting, the number of football posts on No Facilities is Zee-Row for 2017. Baseball is another story, but…

Despite the fact that I’ve lived in Connecticut for over 35 years, I am not a fan of the University of Connecticut sports teams. That’s mainly because they used to be in the Big East Conference and routinely played my alma mater(s), West Virginia (undergrad)and The University of Pittsburgh (grad). UConn, WVU and Pitt no longer play each other, but rivalries tend to linger.

So, when UConn lost to Boston College (39-16) – even though BC was playing their backup QB – on Saturday night, it was a feel-good moment for me. On Sunday, when I was reading the story in the Hartford Courant, I had to stop and snicker at UConn coach Randy Edsall’s comment:

“Big plays hurt us all year long… We’re not built to go three-and-out and use less than a minute and put our defense right back out there.”

Excuse me, Randy, but it seems you are specifically built for that exact scenario. It’s what you’ve been doing all year long.

That quote was going to be the one-liner.

My snarky nature came to the forefront when I read that 13 of UConn’s 16 points came toward the end of the 4th quarter in what is known as “garbage time” or the point where the winning team is no longer playing their star players. I explained that to my wife by saying:

“So, UConn only scored more than three points after BC had put in their third-string players, members of their practice squad, and the laundry lady.”

No offense to the laundry lady at BC or in this house, I just meant that UConn is playing pathetic football. I don’t want to be doing my own laundry.

This post is part of Linda G. Hill’s fun weekly series One-Liner Wednesday. You can follow this link to see the one-liners from the other participants. 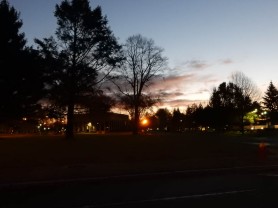 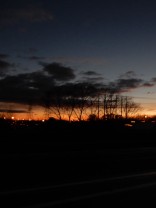 Pretty soon I won’t be seeing the sunrise on my way to work. 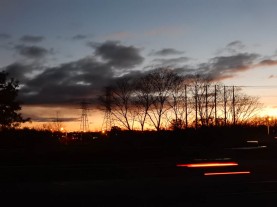 Sunrise from the shoulder of the on-ramp 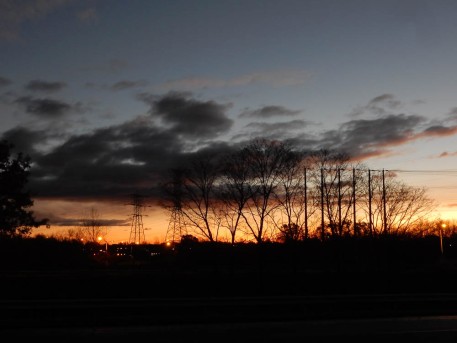 It snowed on Dunkin’ Donuts, too. 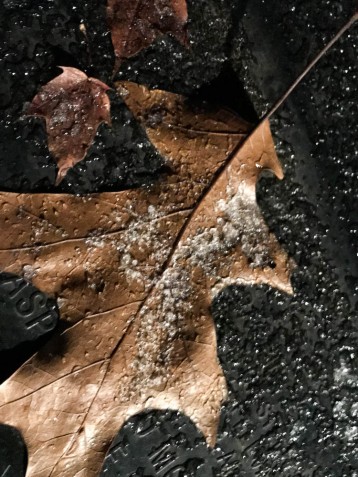 Maddie brought me her shamrock this day. Then she decided to use it as a pillow.

We had a very light dusting of snow overnight. 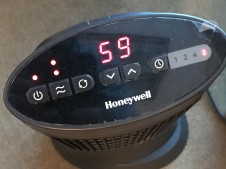 I’m not normally a fan of starting Christmas before Thanksgiving, but the cups before this featured the Patriots logo – who needs to see that?