I know I’m stepping into dangerous territory, as many of my regular readers aren’t interested in Twitter. If you’re in that group, you can feel free to skip to the gallery and see some of the pictures I took after our first snowstorm. For those of you who remain interested: I think Twitter may have ruined the Twitter experience.

OK, maybe it’s not totally ruined, but ruined enough. It’s like they dropped the set of six wine glasses you liked, and four of them broke into painful shards. They’re still good glasses, but you can’t use them as often.

It’s not Twitter’s fault, although it clearly is. I understand, Twitter is trying to be relevant, i.e. more Facebooky, but, in most cases, this isn’t working for me.

If you’re one of the non-Twitter folks who have hung in with me – thank you – and let me explain. About a month ago, Twitter doubled its 140-character limit to 280-characters. We’re still talking characters, not words – 280 words was more than enough for President Lincoln to give a homework assignment to every 8th-grader ever. But, 280 characters seems earth-shattering. It seems like, instead of carefully crafted thoughts, I’m reading sloppy, rambling manifestos. I think the Unibomber could have used Twitter in its present state.

The reason I say Twitter didn’t totally ruin Twitter, is because there are a couple of scenarios where the 140 character limit was troubling. The most troubling for me was sharing other peoples’ blogs via Twitter. That was especially true when the blog titles and/or the author’s name were long. Now I can say why I liked @Norm_Frampton ‘s #ThursdayDoors post. That’s nice.

However, for every Norm Frampton, there are a ton of short-name jackasses who want to blather about Donald, this-or-that cause, this-or-that-thing-for-sale or some barely-hanging-on-the-fringe opinion supported by dubious facts. I’m now seeing tweets with 10 or more hashtags. A tweet should have one hashtag, maybe two, but if I see three, I think “spam” or “SAIP” – if you’re not familiar with that acronym, my best friend and I coined that to tag self-appointed-important-people. You know the ones, the people who speak with authority, but they carry their authority with them.

The absolute worst use of Twitter that was exacerbated by the doubling of characters was #GivingTuesday.

Who started that? #BlackFriday was bad enough when it happened on the Friday after Thanksgiving. BlackFriday now starts on the last weekend in October, according to my inbox. Then they added #CyberMonday, which is stupid since most of the people shopping on Friday were shopping on-line. Then, #GivingTuesday entered the mix, but as far as I can tell it isn’t about giving at all. It’s more like #TakingTuesday, or #GiveMeMoneyTuesday.

Twitter became painful on #GivingTuesday. Almost every tweet I saw was from someone asking me to give to them or their personal cause. PBS radio and TV stations, the universities I attended, the university our daughter attended, and umpteen GoFundMe pages.

It wouldn’t be in keeping with the public service nature of this blog, if I didn’t offer a solution. You know, the old “if you aren’t part of the solution, you’re part of the problem” thing.

By the way, I never subscribed to the limited thinking behind that sentiment. I’m not the reason highway bridges are rusty, trains are late, airlines are giving us less legroom, or microwave popcorn smells better than it tastes.

I digress. Twitter, now that you #failed, here’s how you could #fixIt:

Allow the extra characters when tweeting about articles on websites, blog posts, or newspapers.

Allow extra characters by not counting Twitter handles or the first hashtag.

Count the characters in the second hashtag twice, the third hashtag three times, and so on and so forth.

End of rant. I’m still using Twitter, but if you’re one of the folks that I follow, keep in mind that I often skip longer tweets. Put that stuff on Facebook.

You can start a slide show by clicking on any image.

The sun is shining through

I hope Snoopy made it south. Although there was snow down there too this weekend.

The squirrels are snowed in. 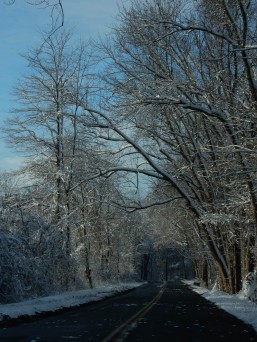 The sun is clearing things up nicely. 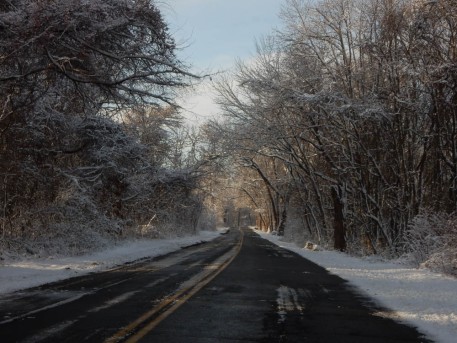 The sun is shining through

The clouds are moving out

They’re still working on this bridge but the trains are running.