So far, 2017 weather has been cold, colder, colder-still, warm, cold, warmer. This weekend was warm enough to change the yard from snow to mud and for Maddie to be able to sit without her vest on. So, that’s what we did. We also went for the first walk of 2018. And we, well I spent a few hours under a sink.

So, it’s your choice. Pictures of winter scenes, Maddie, MiMi and a rare picture of MuMu, or a story about connecting the pieces parts of a drain.

Take as long as you want.

Yeah, I thought so, the pictures.

“Hey Sammy. I haven’t seen you for a while.”

“I don’t know where the snow went, but I like being able to sit without getting cold.”

“Looks like another squirrel is coming to the gate.”

I don’t think he’s gonna make it under the bar.

“Sammy’s coming. I hope you brought some nuts for him, ‘cuz I don’t want to go in.” 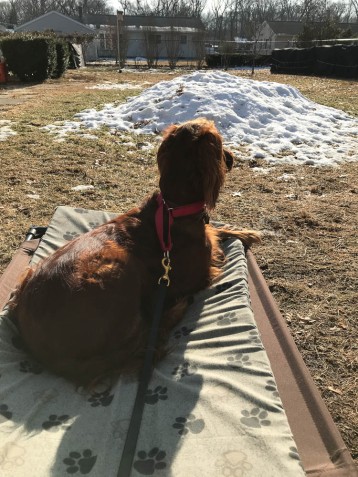 “Not much snow left”

That’s MuMu under the chair. I was trying to coax her out for a picture. 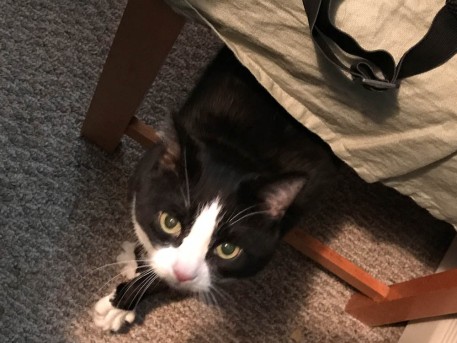 That’s Smiley. Maddie brought him into the bedroom to lure me out to the family room to sit with her.

“What’s going on back here?”

I was trying to get a picture of some interesting reflections on the glazed surface of that hunk of snow. 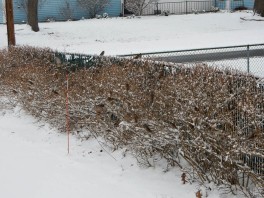 It snowed on Wednesday. The birds hung out in the Forsythia. 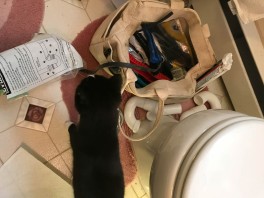 MiMi also loves to inspect the tools I am using.

Pedestal sinks are the worst things to work on. I had to include one. 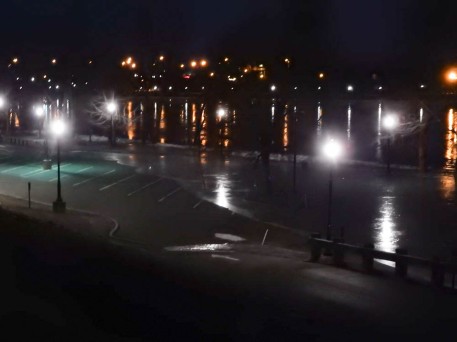