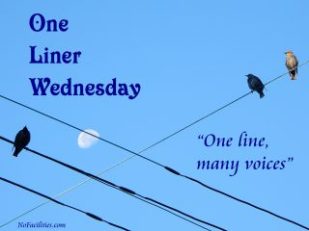 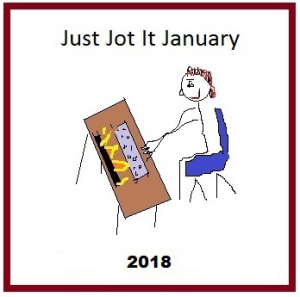 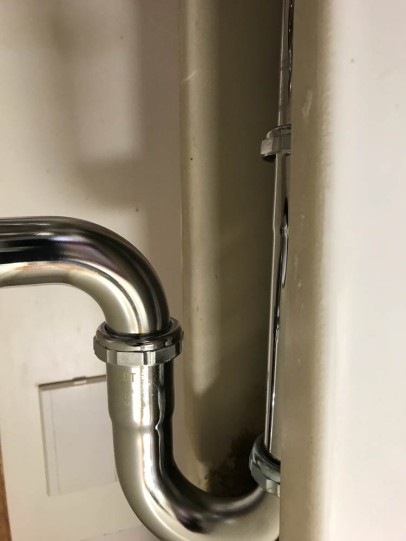 Ultimately, I went with a new chrome replacement trap.

You thought you were going to escape the plumbing story? Bwaah ha ha. Sorry. I’ll make this as painless as possible. Actually, I’ll spare you the whole story (removed 100 words) except for the part where I couldn’t decide between a fixed length PVC trap and a PVC trap with a flexible component on one end.

I carried my confusion to the counter, where the hardware store owner said what he always says:

“Take them both. Use what works and bring the other one back.”

Great! Except I never do that.

I never take stuff back to the hardware store.

I’ll put the other one on a shelf, in a drawer, in a closet, in a bin, behind something left over from a similar project or with a bunch of items I’ve had for so long the stores to which I could take them back have long gone out of business. I have a veritable “history of plumbing retailers” exhibit just waiting to be organized in my garage.

It’s not my fault.

These are his genes at work. Oh sure, they’re working in concert with my mother’s it’s-easier-to-put-it-in-a-drawer-than-throw-it-away genes, but his are the ones that are saying “it will be nice to have one of these when the drain breaks in the middle of the night.”

Oooh, yes, it fits in the drawer!

The gallery has a couple of relevant photos as well as a few more bits of winter. As always, you can begin a slide show by clicking on any one picture.

This post is part of Linda G. Hill’s fun weekly series One-Liner Wednesday. It might also be part of Just-Jot-January. If you have a one-liner, I’d encourage you to join in on the fun. You can follow this link to participate and to see the one-liners from the other participants. 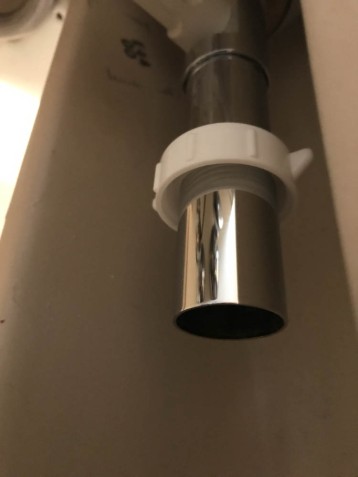 That’s what I was trying to connect to. It wasn’t meant to be easy. 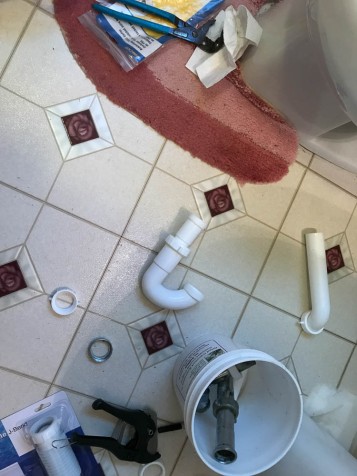 All of this is in a box in the garage. I’ll be glad I kept this at some point. 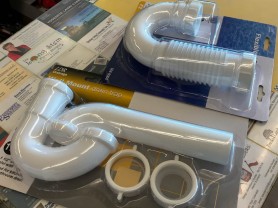 “I’ll take them both” 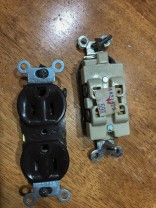 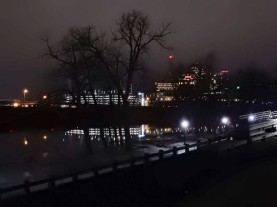 Hartford, seen over and reflected in a frozen Great River Park. The park is closed. 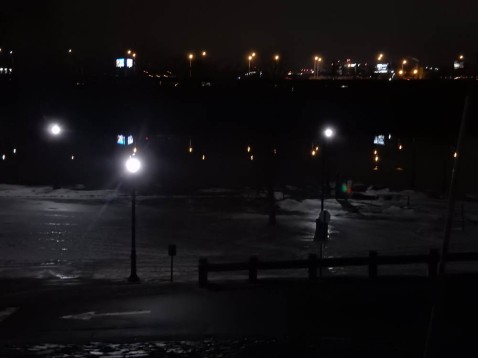 Great River Park flooded and then the flood water froze 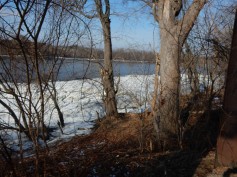 The ice is breaking up and receding. 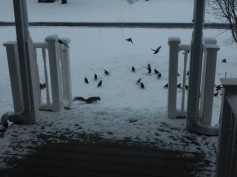 A bit of a feeding frenzy in the front yard. 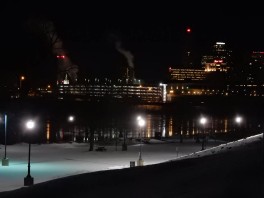 The river flooded the park. The flooded park froze. Then it snowed. 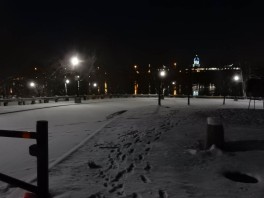 Those are NOT my footprints. Someone walked down into the frozen/closed Great River Park. 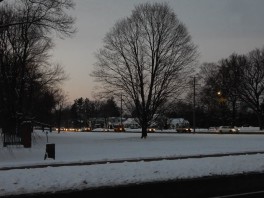 An accident on the highway forced traffic onto this normally quiet street. 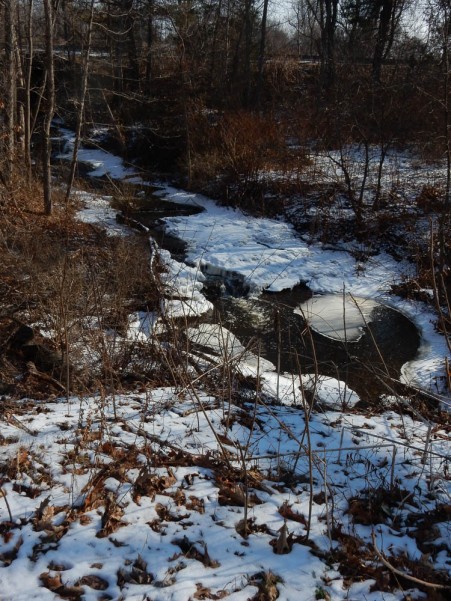 This little stream drains into the CT River in about 100 yards. 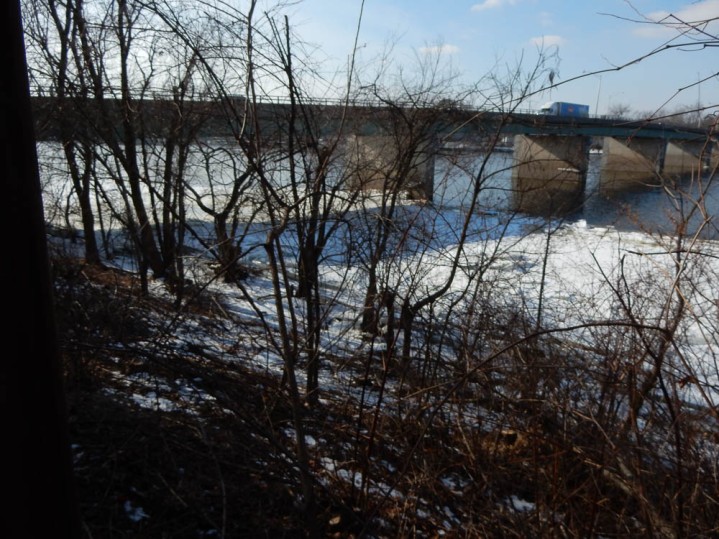 The flowing ice backs up behind the bridges all the way to Long Island Sound. 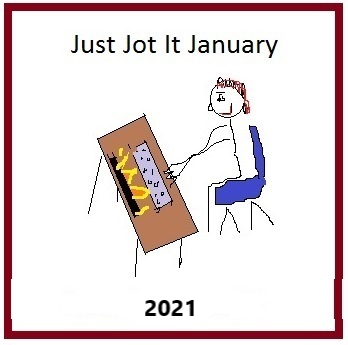