This is a hard post to figure out. First, as I mentioned in an earlier post, I was only in Chicago for 24 hours. More than enough time to snap some door pics, have a few beers, two nice meals and walk my butt off while freezing my butt off, but not long enough to pay attention to details. Details like: “what building is that?” and “What street are we on?” and “Does the wind ever stop?”

Second, one of the buildings in the gallery, The Wrigley Building, has kinda-sorta already been featured by Joanne Sisco in a blog post memory of her visit to Chicago, when she was running a marathon. I’m tempted to point out the relative ease of running a marathon compared to sampling 12 different lagers (flights, people – small glasses) during one meal and then finding your way back to a hotel at the corner of somewhere and something, but I’ll be nice. Besides, I’d lose that comparison, because Joanne also wrote about a different Wrigley building, on two different occasions, here and here.

Third, these are doors from Janet’s city. She knows way more about Chicago doors than I do, and she participates in Thursday Doors (that’s an old link. I’ll update it later if she posts today). I feel a little weird showing doors from her place, but she’s a good sport.

Finally, the door I chose to feature is the Willoughby Tower. Maybe some of my door-buddies won’t get that connection, but regular reader and Twilight Zone guru of gurus, Paul will instantly understand my temptation. Fortunately, Paul has already written about Willoughby.

The friend I was visiting knows about this blog, and he knows about Thursday Doors, but he also knew precisely how much time we had to get to the Chicago Architecture Foundation to begin our walking tour. He is nothing if not prompt. And I am nothing if not appreciative, so I wasn’t about to cause us to be late. So, I have doors. Doors to buildings unknown, and doors to buildings known only by reference courtesy of Messer’s Google and Wikipedia. Still, they are doors from a day that still makes me smile when I think about it. Note: none of today’s doors are from the walking tour. I’m saving that for another post. Oh, and there’s a picture of Maddie in the mix, because, some people – I’m not naming names, Pam – seem to come here expecting to see the dopey red head.

This post is part of a weekly blogfest orchestrated and managed by Norm Frampton. Each week, Norm opens the door to a master gallery of doors, OK, it’s a Linky List, where door aficionados from around the world gather to share their doors. If you have a door to share, visit Norm’s site. Check out his doors and look for the blue frog. That little guy will lead you to the list. Add your link and you’re good to go.

Railway Exchange Building – this is where Daniel Burnham and his staff made the 1909 Plan of Chicago. 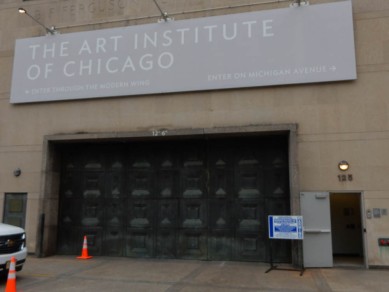 I know, it’s a garage door, but it’s a pretty good looking one.

The Chicago Architecture Foundation build and maintains a scale model ot the city of Chicago. 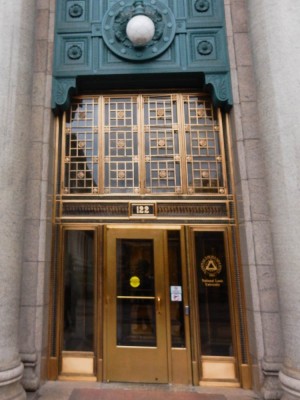 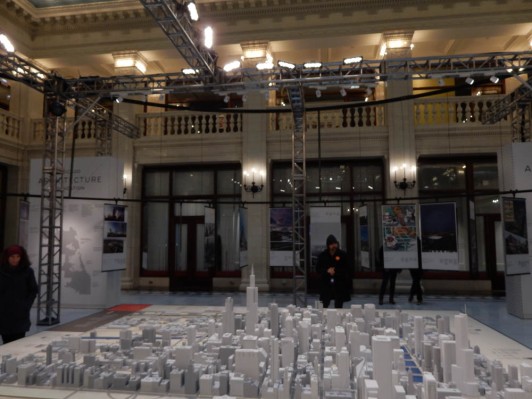 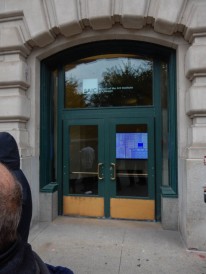 Doors to the Chicago Art Institute. 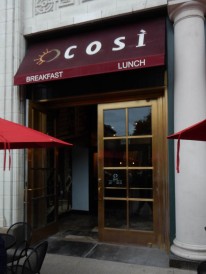 We didn’t eat here, but it’s a nice door.

Inside the atrium of the Railway Exchange Building

Elevator inside the atrium of the Railway Exchange Building

Our destination. The Chicago Architecture Foundation.

Willoughby Tower. Don’t get off the tour at this stop. 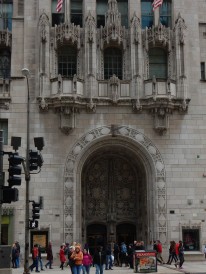 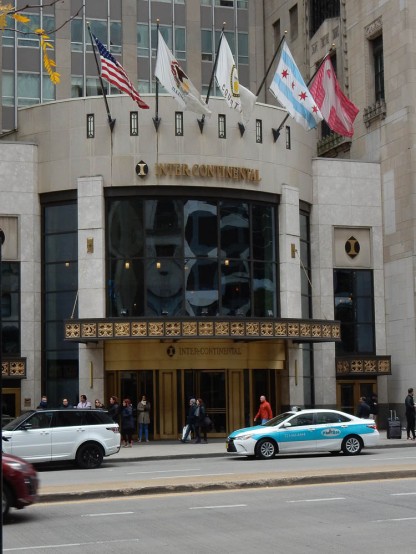 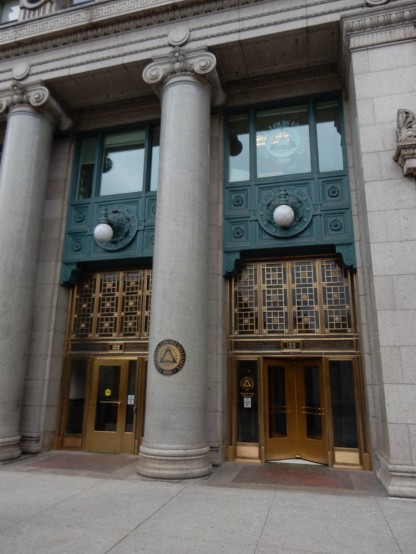 National Louis University – I included this because a nice woman commented that she works here and that the building is equally as beautiful on the inside.