In anticipation of a very busy weekend, I planned to share some pictures today. I took these on one of the few sunny walks I’ve had with Maddie this year. When I was trying to decide which ones to upload, I noticed that I had a series, of sorts, of four different subjects. The title gives a pretty good hint.

The sun was struggling to find a way to break through the clouds. Maddie was being obnoxious and photo-bombing my attempts to get a picture of what had been an interesting patch of ice, and the sun and the wind were working in tandem to light up and spread the flag in Maddie’s Park. It’s also known as Veterans Park, but… On our way back, we noticed a flock of geese that seemed to have lost their choreographer.

I hope you enjoy the gallery. To see the captions, click on any photo to begin a slide show. I tried to organize the gallery by series. If you want to see it in order, start at the upper left.

It’s very cold. The reflections are coming off of ice.

The sun is back there, behind the clouds.

It’s going to be a clear, cold day once those clouds pull away. 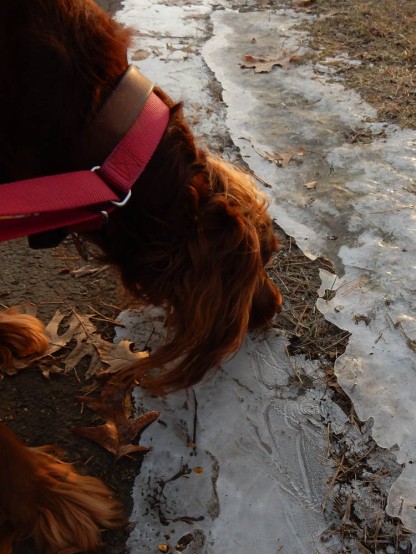 Maddie! I wanted a picture of the ice.

“Yes, your ‘feathers’ are beautiful. Now, do you think you could move your butt?” 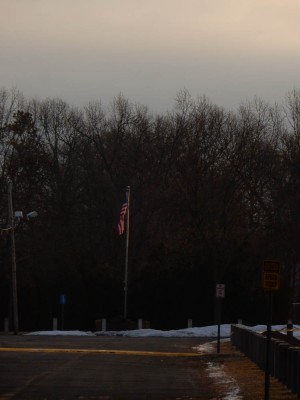 I think I need a flag photo 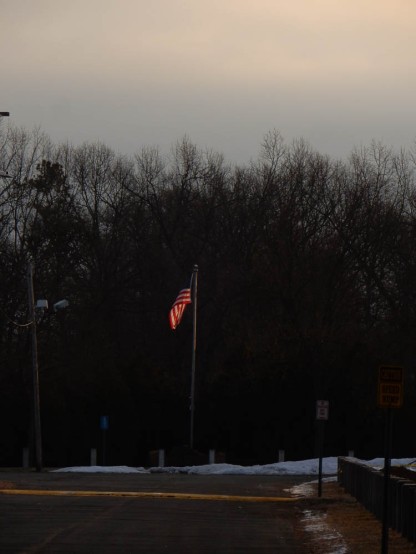 If the wind and the sun cooperate, this could be a good photo.

Long may she wave. 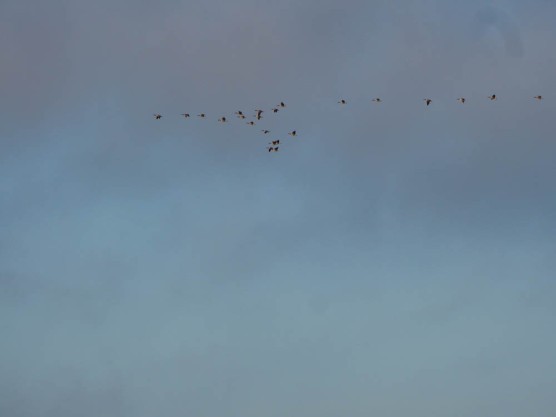 “Hey guys, this is supposed to be a ‘V’ formation.”

“What’s with you guys on the left?”

“Hey, still bunched up on the left.”

“OK, this is looking better.”

On our way home. The sun is up but it has a lot of work to do.

The sun is helping