I have been very busy since returning from a trip last week. I haven’t had time to hunt for new doors, or even deal with the doors I was planning to share today. Well, I did have time to deal with those, but I’ve been watching the Olympics. Fortunately, I had some interesting doors leftover from my visit to New York in November.

Since they’re leftovers, they don’t fall into a cohesive group, except for a few doors from The Molly Wee. Anyway, I added captions to the photos to explain what I know/remember/imagined. You can read those by clicking on any photo and starting a slide show.

This post is part of Norm Frampton’s fun, weekly blogfest – Thursday Doors. Each week, Norm opens the main gallery and people from all over the world gather to share their doors. Visit the site, check out Norm’s doors and look for the blue frog. Click him and enter a world of doors.

As seen from Metro North. It uses the same tracks as AMTRAK, but AMTRAK goes to Penn Station. Metro North goes to Grand Central 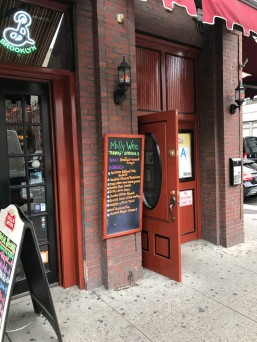 In the summer, The Molly Wee opens these doors and spills onto the sidewalk. 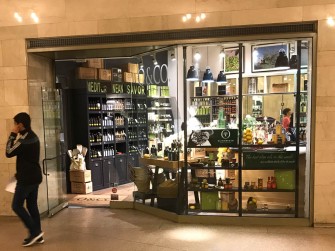 This is the Olive Oil store inside Grand Central Terminal. I did buy some olive oil as a gift for the Editor. 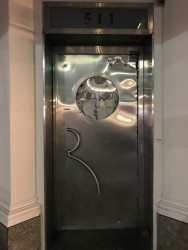 There is a door in there. This is the end of a subway car. You can go from car-to-car via that door, although you’re not supposed to.

This is inside the new Hudson Yards station. You can take the #7 train right to the Javits Center.

Lord & Taylor decorated for Christmas. Those are (fake) squirrels running through the ivy. Sammy?

This is on the walk from Grand Central Terminal to my hotel.

There’s a door. You might not be able to see it, but there has to be a door.

I haven’t eaten here in many years. This is inside Grand Central Terminal.

Revolving door at the Marriott East Side.

New Haven Union Station. All aboard!

These elevators are in the lower level of Grand Central Terminal.

I guess the Waldorf Astoria is being renovated.

Penn Station – No, my train wasn’t on Track 17. I was heading to Auntie Anne’s.