Tomorrow is Opening Day! Go ahead, google that. You don’t need to add ‘MLB’ or ‘Baseball’ – ‘Opening Day’ works fine. America’s pastime. We may get more spun-up over football, and they might still be playing basketball and hockey, but Baseball starts tomorrow. For a few lucky fans, it will continue into October – probably not for me. I grew up in Pittsburgh and I remain a fan of the Pittsburgh Pirates even as their owner seems determined to drag them into the basement of the National League’s Central Division.

You’re probably wondering where the one-liner is. It’s coming, but (surprise surprise) there’s a story:

Here’s another surprise, the story takes place in a bar!

I was attending a training class in Clearwater, Florida. I had asked the instructor if there was a place nearby where I could eat at the bar and watch the remaining 3 ½ innings of the World Series game between Philadelphia and Tampa Bay – this is the only time a World Series game had been suspended due to rain. I was directed to a little bar: “down this road, about half a mile, next to Hooters,” that some locals say was the original Hooters. It was a small restaurant; the bartender and waitresses were fully clothed, and the food was very good.

I mentioned to the bartender that I was surprised there weren’t more Tampa Bay fans in the place. He pointed out that since the area is host to so many snow birds, by late October, they have fans for every team in both leagues.

He asked me who I was rooting for, I said that I didn’t care, because I was a Pirates fan. He asked me if I was from Pittsburgh. I told him was born there, but that I live in Connecticut. A guy sitting on the side of the U-shaped bar said: “I don’t believe that. You don’t look like you were born in Pittsburgh.”

I explained that I lived there for 23 years, but that I hadn’t lived there for a long time. He wasn’t convinced. He said he would test me and that if I passed the test, he’d buy me a beer but that if I failed, I would have to buy him a beer. I agreed.

“If you’re really from Pittsburgh, then you should be able to tell me what ‘Jumbo’ is.”

“That’s what we call Ring Baloney (Ring Bologna), and the best way to serve it is on in a sandwich after it’s been sliced lengthwise and fried with onions. If you have some fries, put them on the sandwich for a real treat.”

He bought me the beer! 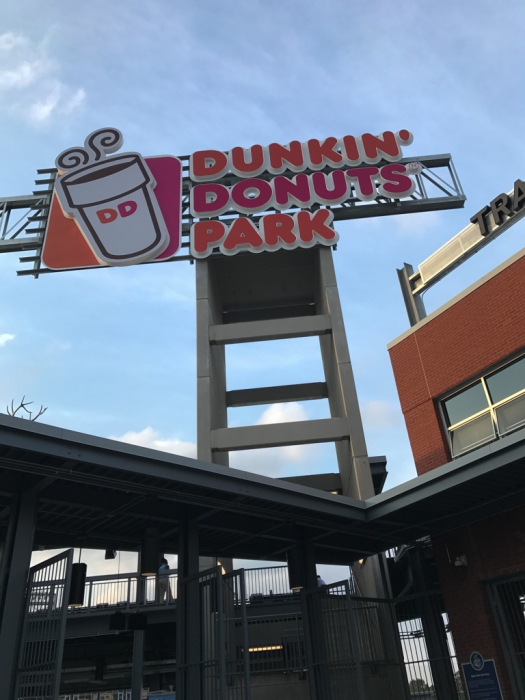 I finally got to see the Yard Goats play a baseball game in Hartford. Gotta love the name :) 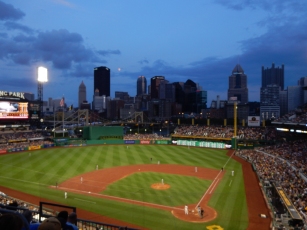 PNC Park is just about the best place ever to watch a baseball game.

Inside the Pittsburgh Baseball Club. I got these seats so we’d have a place to wait out any rain delay. That came in handy, The game was delayed by about 35 minutes of heavy rain.

Having grown up watching games in Forbes Field and then suffering through games at Three Rivers Stadium, I can’t tell you how happy I was to visit PNC Park.

This is it folks, the ball park by which all others can be judged. It don’t get no better than this.

“Am I doing this right?” We’re turning into the river to head to PNC.

The Racing Pirogis at PNC Park

When Maddie is on her cot, she really doesn’t care about the squirrels. 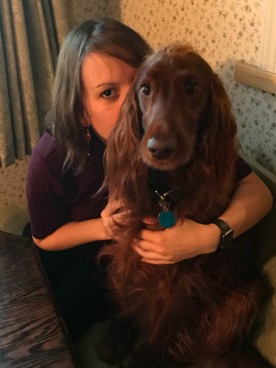 I think I know what Maddie was thankful for.

Maddie is watching Sammy. As long as I don’t get up, she’s content to watch.