A few weeks ago, I shared some doors from an industrial area in nearby Enfield, Connecticut. The area is known as Hazardville, named after Augustus Hazard who operated a gunpowder manufacturing company in the 1800s. The mill was powered by water from the Scantic River, and the little valley in which that river runs is known as Powder Hollow. While few remnants of the gunpowder operation remain, Connecticut has established a small State Park where the factory buildings were, and they have blazed a hiking trail along Scantic River.

On Father’s Day, our daughter, Faith, was finishing a Wilderness Leadership course in the White Mountains of New Hampshire, so we weren’t able to get together. When she returned, she asked if we could have a “proper Father’s Day” the following weekend. I suggested that we could hike along that trail and visit Powder Hollow Brewery after our hike. After three days of wilderness hiking, Faith said: “as long as I don’t have to pack a keg into the woods, I’m good with that.”

Powder Hollow Brewery serves pints, flights and growlers, but no food, so we started our morning with a hearty breakfast (no pictures) and then headed for the park. The trail is only 2 miles (3.22 km) long, but we took advantage of a couple of side trails, one to get closer to the water and one because we always tend to ask, “I wonder where that goes?”

Even though it wasn’t a long hike, it was a warm-ish day and a flight of cold beers at the brewery’s rustic bar was a great way to cool down. They are renovating the brewery, so tours were not available – we might have to go back.

The rest of the story is told in the captions. If you’re interested, you can click on any photo to start a slide show, or just enjoy the collage. 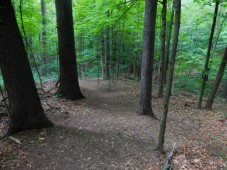 From our first steps on the trail, we knew we were heading to the river. 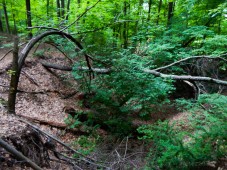 There was quite a bit of damage along the trail from spring storms. 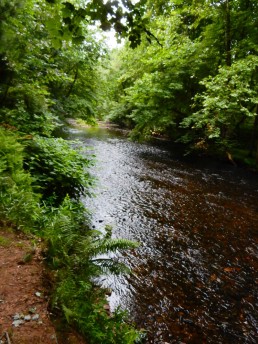 Scantic River is a quiet, meandering stream these days. 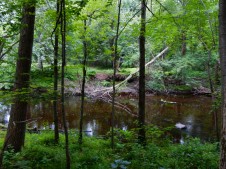 Off the blazed trail, but well worth the effort. 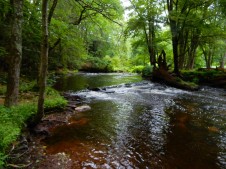 Scantic River once powered several textile mills and the gunpowder operations in Hazardville.

Faith is always up for a hike, even a short one. 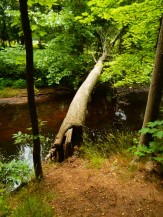 We thought about walking across that, but we decided against it. 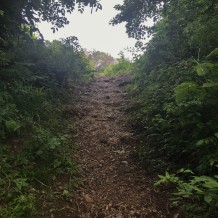 “I wonder where that goes?” 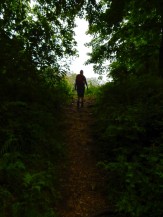 Faith taking the lead up that path. 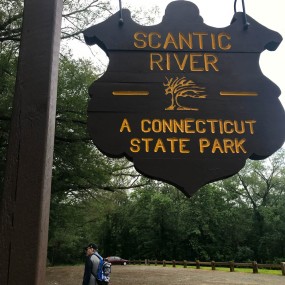 At the top of that trail was another entrance to the park. 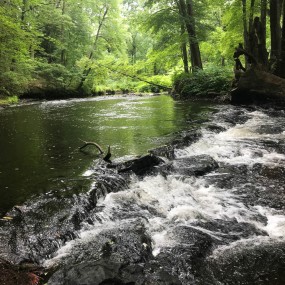 Dams and canals that used to power the mills have been reduced to rapids and small waterfalls. 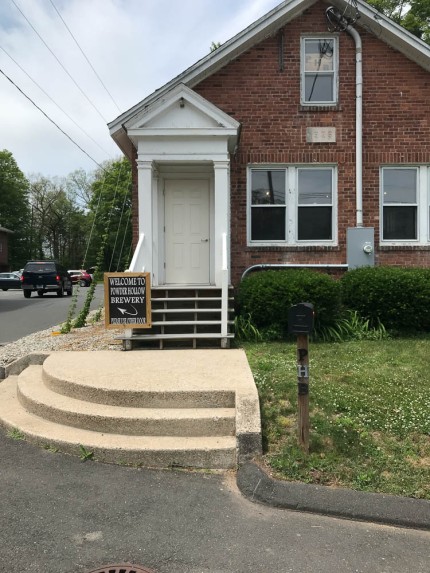 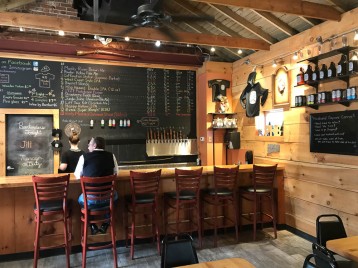 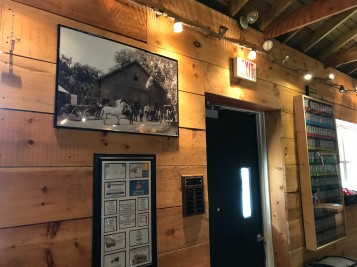 Some photos of the former gunpowder operations from over 100 years ago. 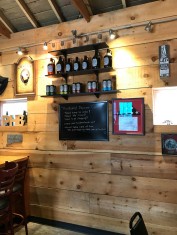 The taproom was fairly large and well appointed with brewery styled items. 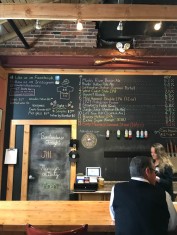 Well over a dozen beers were on tap to greet us after our hike. 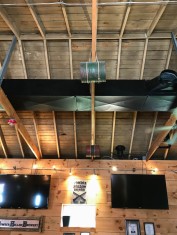 The open ceiling of the brewery is dotted with antique powder kegs and other memorabilia. 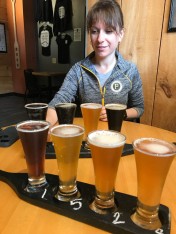 Taking flight. These look larger than they were. They are 6 or7oz glasses. 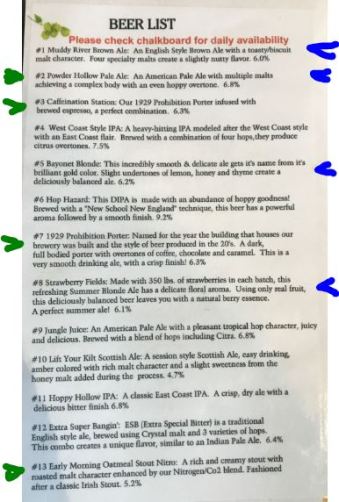 Faith had the beers with green arrows. I had the ones with blue arrows. 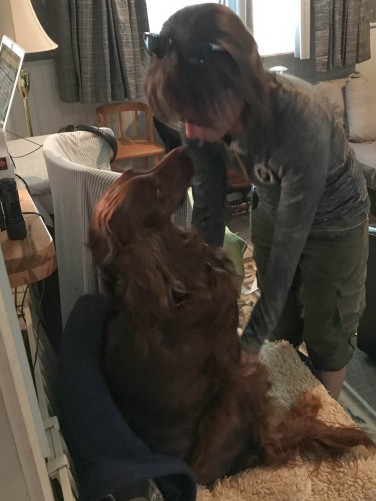 “How about a kiss, sweetie?” Maddie always loves to see faith.