I know that many of you are not sports fans. That’s OK. If you are a sports fan, you might appreciate this story. If you’re not a sports fan, you can add this to the list of behaviors you’re happy not to be associated with. Win-win – everyone gets a prize.

It’s no secret that when Faith and I met my brother in Pittsburgh, that the primary objective was sports related. We had tickets to the Steelers football game on Sunday, and the Pirates baseball game on Monday. In addition, we timed our arrival on Pittsburgh’s North Shore to coincide with the University of Pittsburgh (Pitt) football game. That wasn’t so much sports related, as it was to avoid pre-game and post-game traffic.

The Pirates game was special, for a couple of reasons. 1) My brother had never been to PNC Park. Like me, he had attended many baseball games at Forbes Field and a few at the miserable experience that was Three Rivers Stadium. 2) The Pirates went into that game playing .500 baseball – an equal number of wins and losses. They were not in contention (other than mathematically) to go into the post-season, but they could easily have a “winning” season. Our goal was to see them win and start their march toward that winning season. As such, we were appropriately dressed – shirts, caps, hoodies and earlier in the day, we purchased socks.

You can laugh, but the Pirates won!

When we were getting ready, I chose one of my “lucky” shirts, but not the one with the best win/loss record. That’s right, I know which shirt has traditionally been lucky. It’s a black shirt, with a dark red Pirates logo. I didn’t want to wear it, because I wanted the logo to stand out. I chose a shirt with the traditional black and gold color scheme (all Pittsburgh teams wear black and gold).

The following morning, we packed up and Faith and I headed for Connecticut. My brother was staying in Pittsburgh the rest of the week, so he was in no hurry to check out. A couple hours later, I received a text from my brother – I had left my unworn Pirates and Steelers clothing in the anemic little dresser, including my luckiest Pirates shirt. My brother offered to mail it all back to me, and added the following:

“A little OCD can be a good thing – why else would I check drawers that I didn’t use?”

It was a very good thing. The shirts arrived in time for the last series of the season, and I was wearing my best shirt the night the Pirates clinched a winning season.

Of course, I’m not superstitious enough to believe that what I wear actually matters. If that were the case, the Steelers wouldn’t be tied for last place in the AFC North. Still, it’s fun to represent your team, and to feel like you’re a part of the games. Now it’s time to put the baseball shirts away until February – hockey starts tomorrow – Let’s Go Pens!

Today’s gallery has a few photos from Pittsburgh’s north shore and several from PNC Park – the prettiest MLB ballpark in the country.

Roberto Clemente, in front of the bridge named in his honor. 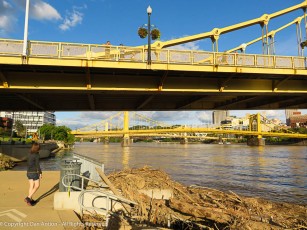 Faith is scoping out the debris and the “Sisters” 6th, 7th and 9th street bridges – a.k.a. Roberto Clemente, Andy Warhol and Rachel Carson.

The flood water had only recently receded. five days earlier, this was all under water. 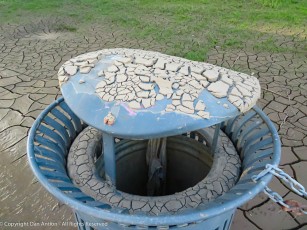 The mud from the flood water was beginning to dry.

Floating Tiki bars are a new thing on the rivers of Pittsburgh this year. 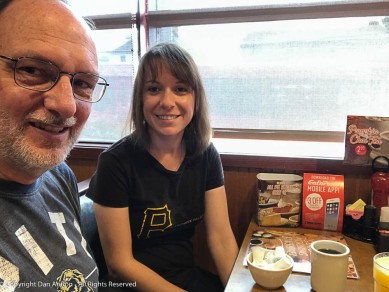 Breakfast as we made our way to the north shore on Saturday. 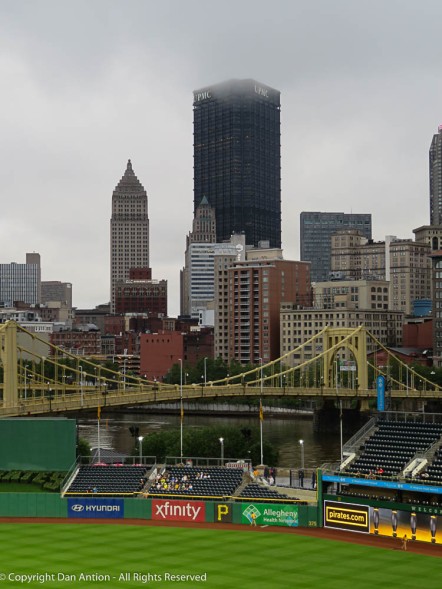 It had rained hard all day. The game started on time and we only had a little rain, beginning in the 9th inning.

PNC Park is beautiful and the view is even better. 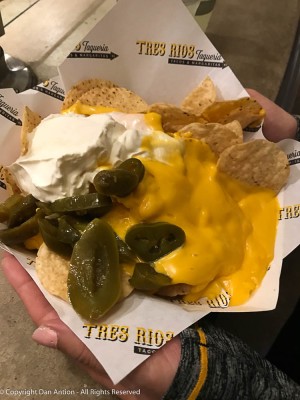 The guy opened new ingredients and put a little too much on Faith’s nachos – she was OK with it.

We skipped the hot dogs at the ballpark in favor of tacos and margaritas (Faith had nachos). 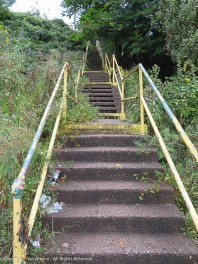 Pittsburgh has a lot of hills, and a vast number of steps. We had a set of stairs like this in our neighborhood while growing up. 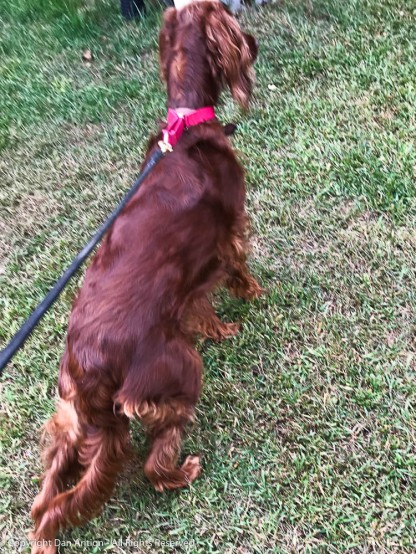 Maddie is pointing at a chipmunk. 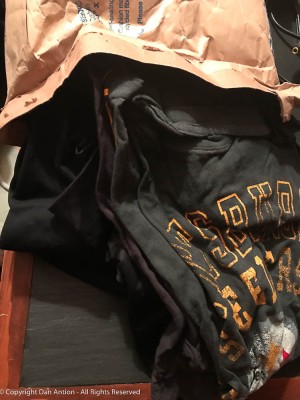 My lucky Pirates shirt is in that bag – just in time.

The building in the center is the Gulf Building. The neon lights at the top forecast the weather. None of them are very optimistic.