I knew last week that this week would likely be another collection of “drive-by” doors. The temperature, the snow, the lack of daylight, i.e. winter just works that way. I probably have a bunch of doors in various folders, but file storage is experiencing a bit of a challenge of its own here at No Facilities. That’s the subject of an upcoming post, assuming I figure it out. In any case, I drive through the Windsor Historic District every day, and I was fortunate enough to have breaks in the traffic to stop and get a few photos from the driver’s seat.

According to CT-Trust’s page on local historic districts,

Historic Districts are interesting entities. They are pretty to drive through, but the organization aspects, or perhaps the jurisdictional aspects often take the form of a double-edged sword. Depending on the district, they can prevent many good things as they work to maintain the historic appearance of the individual houses. On the other hand, the rules and regulations also prevent careless changes from ruining the character of a building which has survived over 200 years by the whims of the current owner who may only occupy the building for a relative few years.

The current rules and regulations (1993 version) appear to be a bit more lenient on the use of replacement materials. Perhaps that’s due to the availability of modern materials now being made available in period styles. Still, the replacement of siding, roofing, windows, doors, gutters and downspouts all require approval by the commission, as do any additions or structural changes to the building. The good news is, we get to see some period appropriate doors. The bad news (for the homeowners) is that repairs often take longer and cost more. However, most people who buy these houses know what they are getting into, and they do it because they love the architecture and the idea of owning a historically significant home.

Several of the houses in the historic district are also listed on the National Registry of Historic Places. Today’s gallery includes some photos as well as a little information from the nomination forms. Click on any one photo to start a slideshow that will reveal the captions. There are also a few houses that are not on the NRHP. I didn’t add the ‘Part-1’ to the title, but I think we’ll be back here.

This post is part of Norm Frampton’s historic blog hop called Thursday Doors. Every week, Norm puts out a worldwide call for doors of all shapes, sizes, styles and colors, and he gathers quite a gallery. If you have a door, or two, or twelve, head on up to Norm’s place. Be sure to check out Norm’s doors, and then look for the little blue frog. Click that little tadpole and he’ll let you into the master gallery of doors. 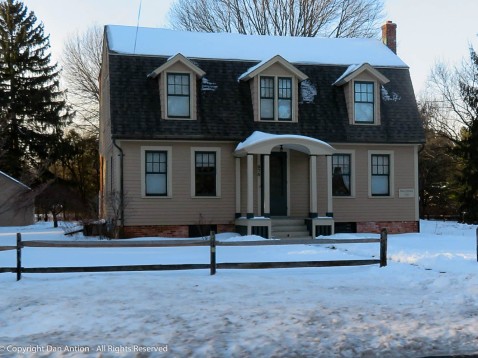 This house was built in 1790. I like the narrow windows in the larger dormer over the entrance, 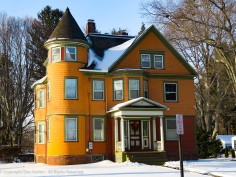 I’m not wild about the color scheme but it’s a nice example of the Victorian houses in the district.

I like the eyebrow window on the steep slate roof. 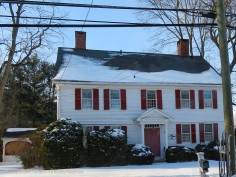 I don’t know much about this house, but it’s beautiful.

Example of how additions have to match the style of the original house.

Horace H. Ellsworth House – 1873 Handsome example of Italianate style. Horace was one of Windsor’s leading citizens. He was very active in business affairs in town. A man after my own heart, he owned a lumber yard. 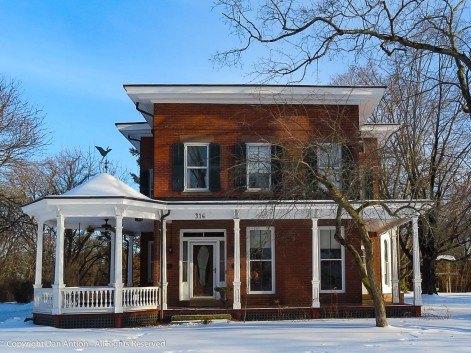 Sophia Sweetland House – Greek Revival/Italianate style masonry building. Built by Issac Sweetland in 1848. Check out the Gable window. It is arched with a small keystone.

Patrick Murphy House – 1873 Example of Italianate style. Two story masonry with flat roof and north and south side pavilions. The roof has a bold, projecting cornice.

Patrick Murphy House – 1873 as it stands today. Notice that the brick has been whitewashed. 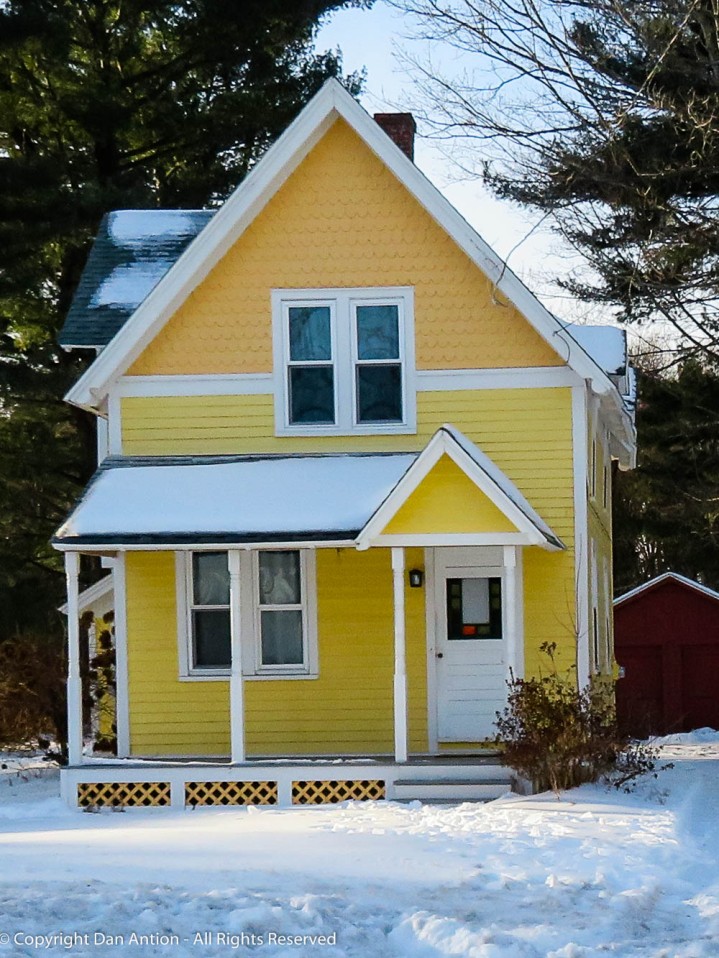 I figure someone is going to like this cute little yellow house.