You really can’t get much more central to this country’s (US) becoming a free nation than the Common in Lexington, Massachusetts. Claimed to be the “birthplace of American liberty,” Lexington shares in the legend of firing the first shot, tallying the first wounded, winning the first battle and so on and so forth with the neighboring town of Concord. Ironically, at the time, this was all in a day’s work for the folks living around the Green. They were focused on the war at hand and the difficult task that was day-to-day living in April 1775. 100 years later, the very special planned day-to-day tasks fully overwhelmed the town.

The No Facilities research department, this time including sites other than Wikipedia, unearthed the following factoids:

There was a memorial service held in the Town Hall in the evening of April 18th, 1875.

On the 19th, following a 100-gun salute, the official ceremonies began in a tent designed to hold 7,000 people.

John Greenleaf Whittier recited the poem he wrote for occasion, “Lexington–1775” – You can find the full text of the poem here, but I chose the following excerpt to share:

No seers were they, but simple men;
Its vast results the future hid:
The meaning of the work they did
Was strange and dark and doubtful then.

After the ceremonies, there was a parade. In the reviewing stand were President Grant, Vice President Wilson, members of Cabinet, several governors of other states and many public officials from throughout the region and beyond. All in all, about 100 dignitaries.

The historic battle sites were marked, and many of the homes were decorated.

A Centennial Banquet was held in a tent, seating 3,500.

The problem was, that about 100,000 people had shown up for the festivities. The temperature is said to have been bitter cold, and the lack of food and transportation facilities caused “discomfort” which led to problems which led to the town officials having to request the Boston Police department to provide crowd control.

It’s worth noting that the town of Concord had been invited to join in the festivities, but they declined because they were planning their own celebration. To this day, the towns of Lexington and Concord both lay claim to first experiencing these remarkable events in the history of this country.

While the residents were not prepared for the onslaught of visitors, they soon realized that they had a collective landmark worth preserving, and that it should include the buildings surrounding the green. As mentioned on the plaque (shared yesterday) on the Battle Green, one house was destroyed the following year, but preservation became the goal from that point forward. The homeowners around the Common agreed in 1917 to limit their property to residential use. An historic district was formed in 1956 that includes the Common and several nearby historic sites.

Perhaps less well known was the role played in this historic preservation by the famous French conservationist Edouard Frampton. Edouard pointed out that no aspect of these historic houses was as important as the front door. He helped many of the homeowners avoid the mistake of replacing their doors with newer “prefab” versions that were often selling for less than the cost of repairing and painting the original door. Today, one of his many descendants, Norman Frampton, resides in Montreal, Canada and maintains a site dedicated to the virtual preservation of historic, and otherwise interesting doors. If you want to see the many collections of doors in his care, visit his site – check out his doors – and ask the little blue frog for instructions. Following a 100-gun salute to Norm (just kidding) the frog will lead you into the main gallery.

The local gallery features the homes surrounding the Lexington Common and several nearby buildings.

This house sits across the street on the west side of the Common. Built in 1729.

“A Witness of The Battle”

This is a Unitarian Meeting House today. It sits on the north end of the Common. The tree blocking the right side is where I noticed yesterday’s painted rock. 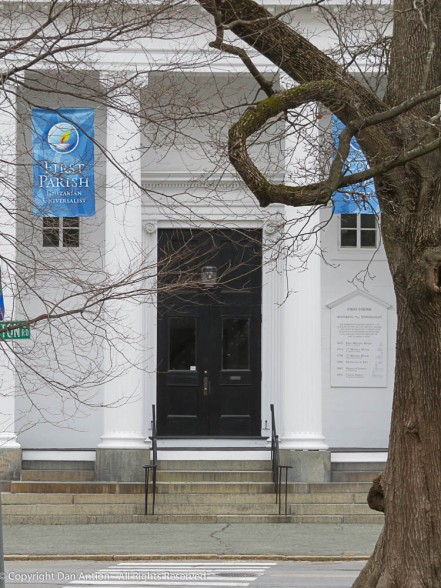 On the north edge of the Common.

I don’t know much about this house, but it’s beautiful. 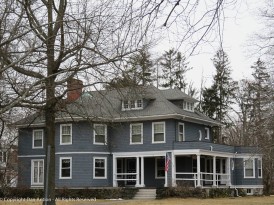 This house sits across from the northwest corner of the Common.

Again, I don’t know much about this house but it’s beautiful and standing guard on the Common. 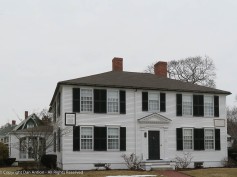 Across from the northeast corner of the Common. This is a sad door. 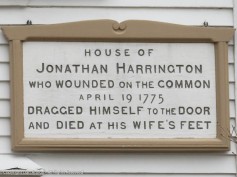 This is sad, but I wanted to include it. As with every war we’ve been involved with, we learn that freedom isn’t free. 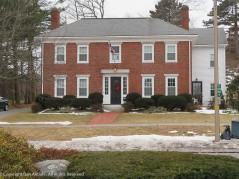 This is a stunning home. 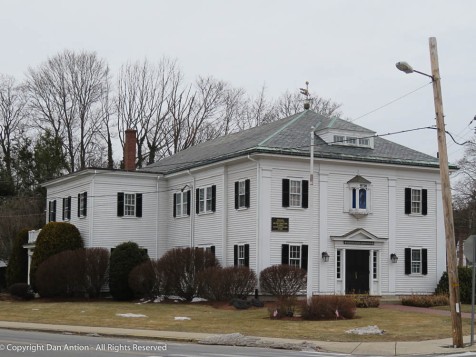 This is the building that served as the First Normal School in America. I love that narrow dormer. 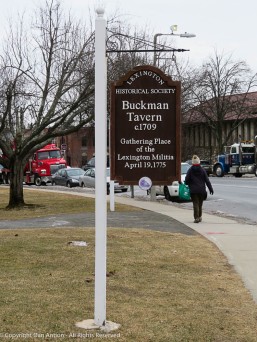 Good to know that the Militia gathered at a tavern 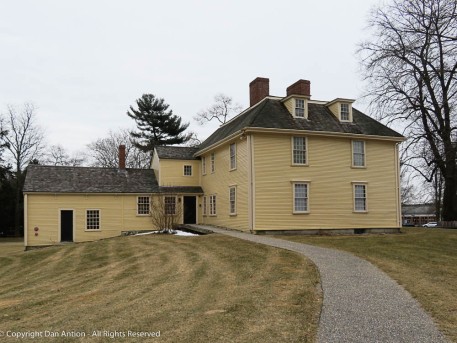 Side door to Buckman Tavern 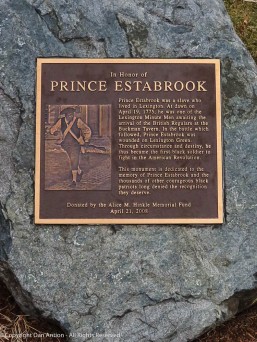 Prince Estabrook was the first black soldier to fight in the American Revolution. It took too long for him to be recognized. On the lawn of the Buckman Tavern.

The section on the rigt is the Buckman Tavern Museum Shop.

I’m a little sad that this has been electrified.