It’s Saturday, and in addition to Linda G. Hill’s Stream of Consciousness Saturday challenge, we have to deal with the fact that Cheryl is off today. If you’ve been to this bar before, you know what that means. As for the prompt:

“Your Friday prompt for Stream of Consciousness Saturday is ‘soul/sole.’ Use one, use both, use ’em any way you like. Enjoy!”

If we were having a beer, you would be looking for help or at least to be consoled with free bourbon.

“There you are. I was worried that you were going to be late.”

“I know, but it’s been a tough week and I don’t need anything else going wrong.”

“Good afternoon, gentlemen. Are you guys still drinking the predictable and peculiar?”

“Hi Brad. Don’t mind him, he’s having a bad week. I would like a Corona, a frosted…uh, just in the bottle with a hunk of lime.”

“Cheryl is off today, but she washed the glasses last night.”

“I’ll have that peculiar mix, John Howell’s Bourbon, a glass of seltzer and a glass of ice on the side.”

“What kind of bourbon? I’m not familiar with John Howell’s.”

“John Howell, the author? He’s been here? In this bar?”

“I don’t like him, Dan. If he gets our orders right, it will be a miracle.”

“OK, what’s eating you? You’ve been surly since I got here.”

“You’re always complaining about your phone. Why don’t you just get a new one?”

“First, as soon as I turned it on, it needed an upgrade. Then I discovered that it doesn’t have the indicator lights I’m used to.”

“Here’s your beer, and here’s your Willett Reserve. I’ll bring the other glasses in a minute.”

“The night, as it were, is still young.”

“And, it’s normal for a phone to need an upgrade after you buy it. It’s been on the shelf for, who knows how long.”

“In that case, it’s planned obsolescence at work.”

“Here’s your seltzer, no flies, and here’s your ice.”

“Ha ha, you remember the fly? Maybe you aren’t so bad, Skip…sorry, Brad.”

“It’s OK, you can call me Skippy. It’s oddly endearing, like when my mother calls me Johnathan.”

“Awww, you guys made nice. See how things can change?”

“Things changing, that’s what I wanted to talk to you about.”

“No, I was wondering if you’re responsible for Facebook’s recent crash.”

“You wrote about them, twice in three days.”

“I assure you, they aren’t paying attention to me.”

“You never know. And what about the Legislature?”

“You wrote about the rest areas being closed from three-thirty pm until eight am and now they’re going to open them twenty-four-seven.”

“Hey, you didn’t add the ‘three-sixty-five’ to that expression.”

“Buy your own bourbon.”

“Anyway, I was wondering if all these strange things are your fault or if it’s because Mercury is in retrograde.”

“I don’t pay attention to astrology.”

“But you memorize lines from Star Trek…”

“You guys want another round? Maybe some wings? You are the guys with the weird wing order, right?”

“It’s not weird, Skippy – at least my part isn’t – I like the traditional blue cheese dressing, Dan prefers Parmesan Peppercorn.”

“Whatever, do you want to order.”

“…Brad, we’ll have another round and a large order of wings. And for the record, he hates it when people say ‘whatever’ “

“Whatever, I’ll get that right in.”

“You better pay, cause he’s not getting a tip from me.”

“Fine. I’ll pay. Given All you’ve been through, it’s only fitting.”

“You haven’t even heard all I’ve been through.”

“So, you had to buy a new one. What are they, eighty-nine dollars at Target?”

“What? Wait a minute. You fixed something?”

“No, I watched a YouTube, then pried the panel apart and cleaned the connection to the keypad.”

“Thanks. Now, can you help me figure out this stupid phone?”

Full disclosure, a little extra thought than Linda might like went into this episode, since the underlying events are well over a week old. Cheryl is off trying and drag spring out of bed, but you can find her handiwork over here. The gallery has a few signs of spring.

Thanks to DST, we’re back in darkness at the park. 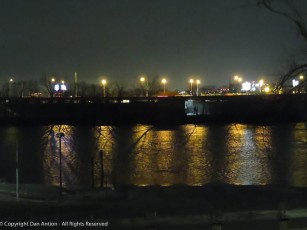 Shadows on the river. 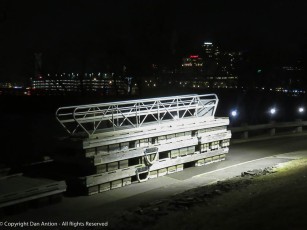 The boat dock is still in storage but soon will be assembled back in the river.

The Farmington River floods into these woods. 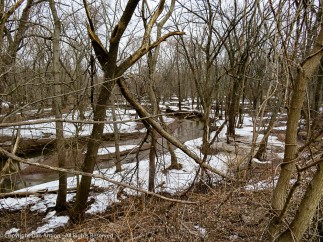 This park is near where the Farmington River empties into the Connecticut River. 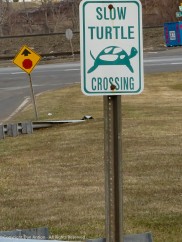 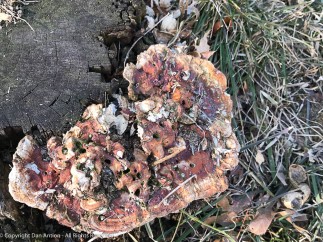 This has been growing under Mt. Maddie all winter. 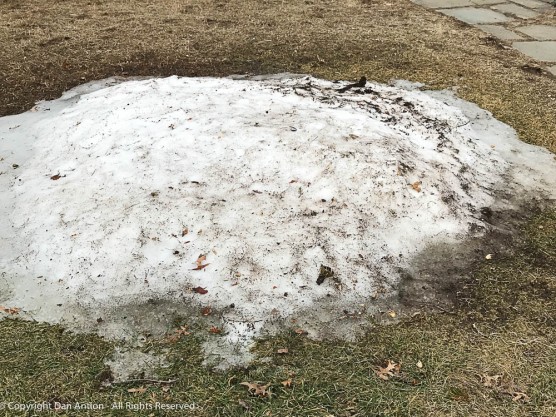 Mt. Maddie never got very tall this year. This is all that’s left.

Chippy is back! Well, we think it’s a new Chippy, but… 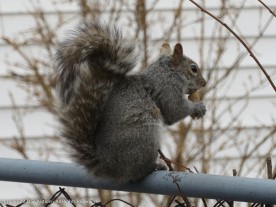 “Hi, I know it’s late, but I was wondering if you have a peanut?” 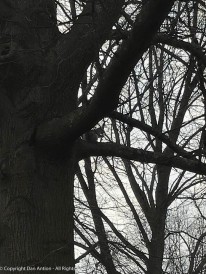 In a month or so, Sammy will be invisible up there.

Smokey is waiting for a snack.

Melt-water in the lot but it’s warm enough to be out without a coat.

Scooter’s Diner (the other’s are getting a soda). 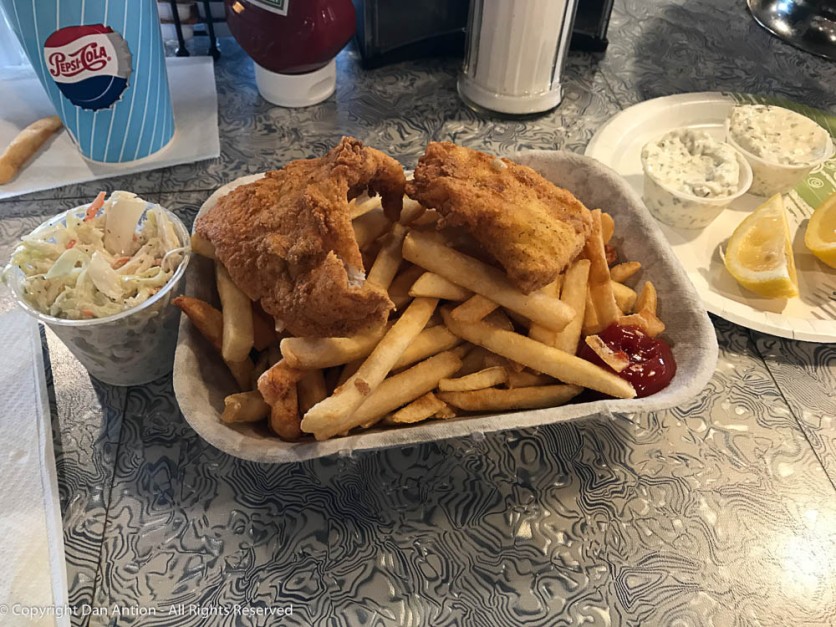