A couple weeks ago, Pam, over at Butterfly Sand – which, by the way for the longest time I read as “Butterflys And” and not paying attention to the spacing in the email, or the obvious improper plural form, I wondered “and what?” – wrote about being a Luddite Wanna Be. Hmmm, a 49-word opening sentence. This does not bode well. I left the following comment on Pam’s post:

“Without technology, I wouldn’t know you. That’s reason enough to not be a Luddite. The other reason would be the 42 years of food that technology has let me put on the table. I may have to follow up on the post.”

Don’t worry! I am not going to summarize 10 years of eager anticipation and study and 42 years of experience in a single blog post. I’m going to spread it out over a series. And, for those of you who are groaning (including The Editor), let’s make that an interrupted series. A periodic visit into that vast subject area.

You can think of this as the first post in that series, a prologue. Actually, it might be an epilogue that just happens to come first. That’s because in looking back on all the luddite-like behavior I have had to deal with, and the real and imagined justification for that behavior, I’m less critical of the practice than I always historically once, let’s go with once, was.

In fairness to me, I’ve always been a kinda-sorta sympathetic to the luddites. Maybe not sympathetic, more of an apologist, and offering more of a half-hearted apology than genuine understanding. It has long been my belief that people don’t see the value in adopting new (computer) technology because of a compound failure. Part-A of the failure is technology’s fault, it evolves in a slow and uncertain path, much like the daylily puzzles John Hric has been writing about lately. As John says, it’s a puzzle with uncut pieces and no picture to guide us. We moan about how fast technology is changing, but it’s only now starting to pick up speed. For most of my career, it actually moved rather slowly. Part-B of this failure has always seemed to me to be most of humankinds’ inability to imagine far enough. When we looked at our rotary-dial phones in the 50s, we imagined a better rotary-dial phone. AT&T obliged with the Princess Phone in 1959, and continued to improve the Princess during the 1960’s. 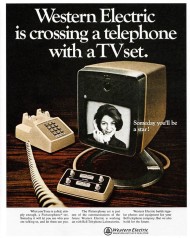 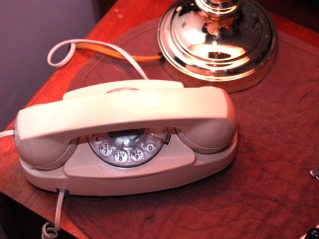 No one was imagining cell phones. Well, maybe Gene Roddenberry and the writers on Star Trek were, but they were clearly parked under the heading of Science Fiction, not Behold-the-Future. The futuristic video telephones AT&T and Western Electric were proposing in the 1960s were a marriage of the slightly forward-thinking Touch-Tone phone and a smaller-than-normal TV set. Maybe a few engineers at Bell Labs were imagining mobile phones, but they no doubt understood that humans would only adopt new technology at an acceptable pace.

AT&T was better suited to dealing with luddites than I was throughout my career – they were still a monopoly in the 60s and 70s. Maybe we preferred rotary dials – we got touch tone buttons. Maybe we preferred operator assisted long-distance – we got direct-dial. Maybe we preferred unsafe cars – we got seatbelts. It’s easy when you have a monopoly or Federal regulations on your side. The biggest change I forced on people was when I switched us all from Word Perfect to Microsoft Word – there are still people who haven’t forgiven me for that.

Getting back to the title, am I saying I’m a luddite? No, not really, but I did not imagine the ways in which some technology has evolved, and I’m not adopting. I don’t have a “smart speaker” in my house. I don’t have “smart appliances” in the kitchen, laundry or workshop. I am not battling the refrigerator for the right to choose when I will replace the mustard – I simply don’t trust the refrigerator, or the washing machine, or the electric meter or Alexa. Collectively, they all want more from me than they offer in return. I may not be able to imagine what the next smart device will be, but I can easily imagine what these companies want to do with my data.

That’s it for today. Like I said, I won’t bore you with several visits to this subject all at once.

We’re starting to see more and more signs that spring is heading our way. The gallery includes a few photos taken over a leisurely weekend.

These guys are fun to watch.

The blue jays are trying to get in the act.

Hmmm, we seem to have some customers.

We call him “Little Stevie” after our mailman. 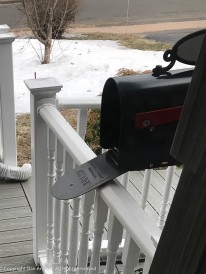 This is how Stevie gets our attention. 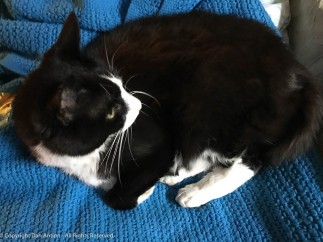 MiMi was just about to get up anyway. 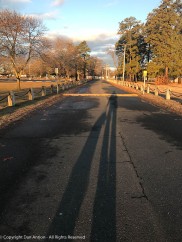 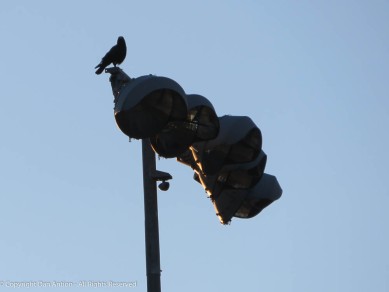 Slow Joe Crow is looking over the park.

No baseball yet, but it won’t be long. 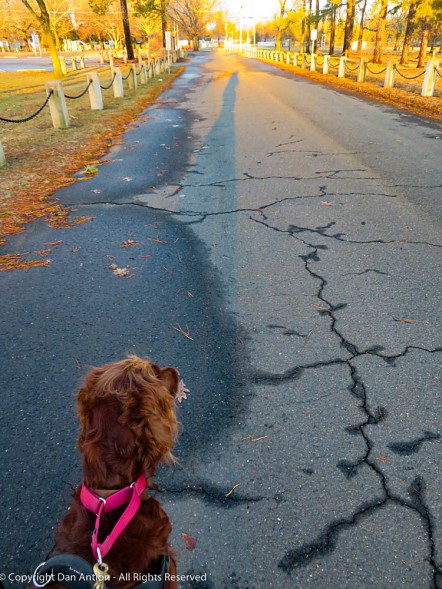 Maddie is convinced someone is following us – demons. 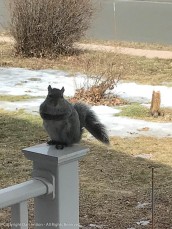 This might be a mom-to-be. Anyway, she needs peanuts. 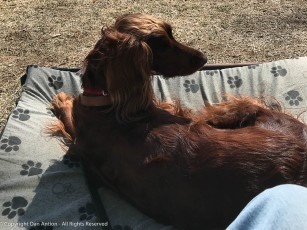 The cot made it out into the back yard.

Pretty soon, the light will be here, but the sun will be blocked. 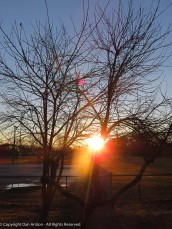 We walked early on Saturday.