If this looks familiar, it’s because it was accidentally posted yesterday. Either I didn’t know the date, or WordPress was messing with me.

Whenever I travel, I try to eat at the bar. I don’t know why, but some restaurants don’t let you eat at the bar, or they offer a limited bar menu. I think that’s dumb. Why waste a table on one guy who doesn’t want to sit there?

Eating at the bar has pluses and minuses associated with it. On the plus side, is the possibility of conversation, either with the bartender or the guy on the next stool. I’ve met some good friends that way. Another plus is service. Bartenders are on top of things in a way waiters and waitresses never will be. A good bartender has timing that makes NASA jealous. The only minus I can think of is when the person on that next stool is a jackass.

Back in early February, I was on my way to Ft. Myers, FL. Since it was Superbowl weekend, Delta was routing people around Atlanta, so my flight went through Detroit. That’s OK, I like the Detroit airport. I had the choice of two connecting flights into Ft. Myers, one with a 35-minute layover and one with a two-and-a-half-hour layover. I like flying stress-free, so I took the longer layover. My flight into Detroit was early, so I ended up on the ground for 3 hours. It was lunchtime and I opted for P.F.Chang’s. Full menu at the bar, Kirin Ichiban available and outlets for charging my phone. Perfect.

Within seconds, he was muttering about the slow service. He made it clear to the bartender exactly how little time he had. She assured him he had plenty of time to eat. He ordered. He sat there, restless, while he downed two whiskey sours. That made me think of my mother, that was her drink. Perhaps that wasn’t a good comparison for him, as she was difficult for a restaurant to please. He continued to ask the bartender if his food was ready. She continued to assure him it would be ready when she promised. I few minutes passed, and the bartender returned. She asked me how I was doing – I said “fine” She asked him, he said, “I’m still waiting on my food.” I had ordered well before him. My food came. We had ordered similar items. He asked, “could that be my order?”

…no, no it couldn’t. I was here first. I ordered first. This is mine. Have another whiskey sour, mom.

A few minutes later, he barked “if it’s not going to be ready, just cash me out.” The bartender tried to assure him that his order was almost ready. He snapped at the bartender:

“This is an airport. Everybody has a plane to catch.”

His food arrived, as the bartender said it would, in plenty of time.

I think he’s collecting a toll. I’d like to go in that door. 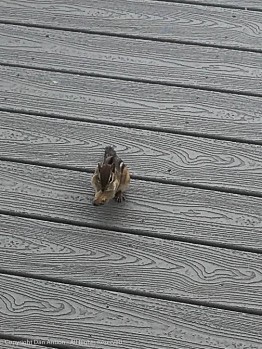 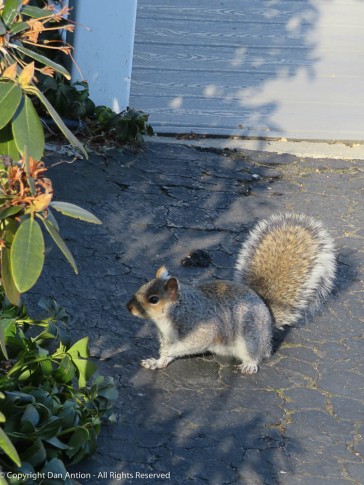 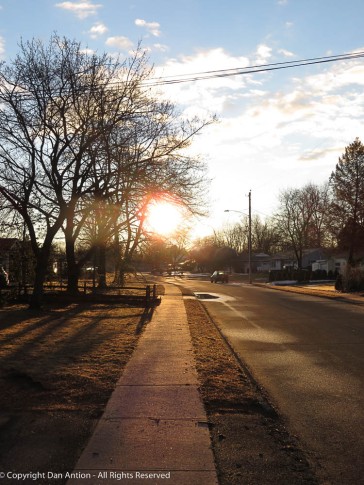 The lone surviving crocus. I love it when this guy pops up. 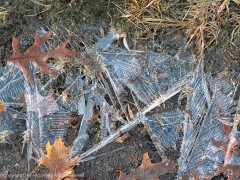 The end of the ice

A couple of birds are looking to make this tree home. 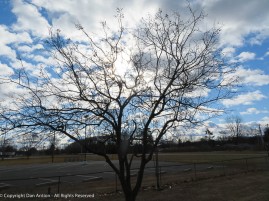 This apple tree wasn’t doing well last year. I’m not sure it’s going to come back this year. 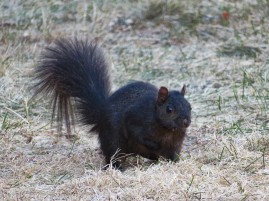 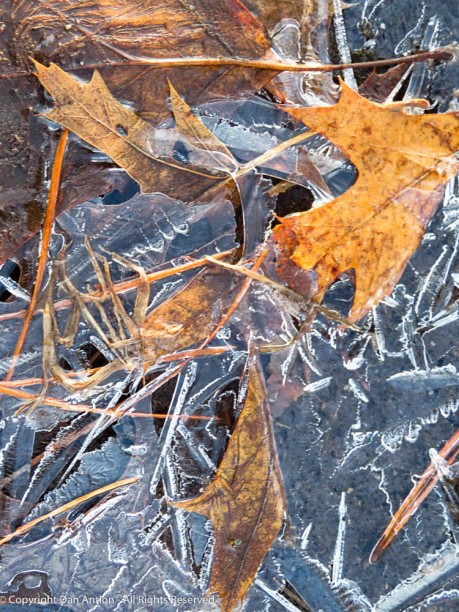 Last year’s leaves are breaking free of the ice.

He doesn’t seem to mind the snow.

These guys are on the snow because that’s where the bird seed was tossed. 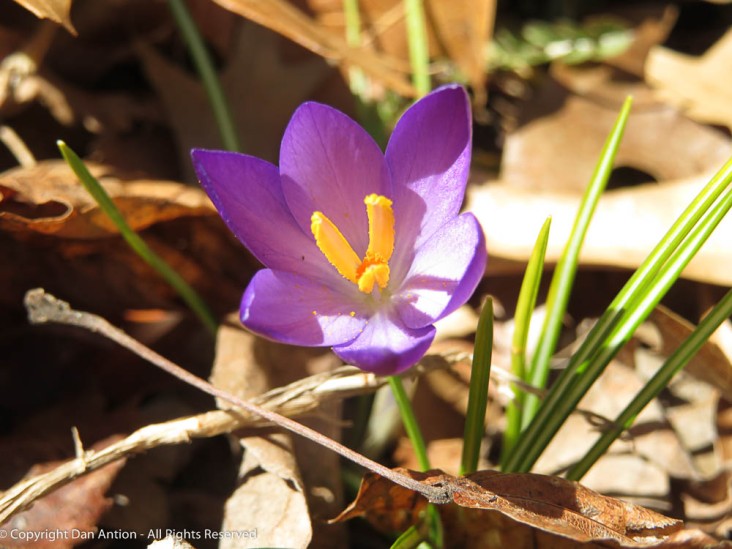