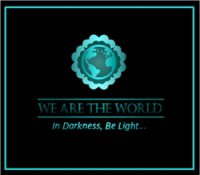 “This is the nicest story I’ve read in a long time.”

It’s a story, written originally as a series of tweets, by a woman who agreed to stay on a subway with another woman who was in the early stages of having a seizure. The writer not only stays with the woman but walks her home and makes sure she is safe and secure. There are so many issues at play in this story, and some are scary:

“I’m a big sister and a woman in the world. I’m either sitting with her until she’s completely ready to get up and walk away on her own or we’re gonna move together in shifts until she gets to her front door.

There’s no way I’m leaving an 18-year-old on a subway platform alone.

She just needs to make it up the stairs. She says her condo is right outside the exit. Offer to walk her up the stairs, at least. She asks if I’m sure and says again that she doesn’t want to bother me. We go slow and chat. This is her first seizure today, but yesterday she had 2.”

I copied the tweet-stream, thinking that I’d share it for WATWB. I went back and checked, yesterday, and the author, the woman who had stepped up and helped the woman in need had asked people specifically not to do that. She said that if the woman she had helped wanted the tweet-stream removed, she (the author) would oblige. So, I obliged. The excerpt above, and the one below is from a blog post the woman who helped has written. The twitter stream is still active, but I’m only going to link to the blog post. That way, if the tweet stream is removed, it will be gone. I urge you to read the blog post, and I’ll leave you with this final thought from the author.

“We built a world where I could hit an emergency alarm button and walk off at my stop, feeling like I just saved this girl’s life, who didn’t need saving, without losing a minute of my day, if I wanted to. We built a world for convenience, not community.”

The gallery includes a number of pictures of subways and subway/train stations. I included them so you might better relate to a young woman, alone, having a seizure while on a subway approaching her station.

The “We are the World” Blogfest is starting its third year. This blogfest’s goal is to spread the message of light, hope and love in today’s world. We are challenging all participants to share the positive side of humanity. This month’s co-hosts: Lizbeth Hartz, Peter Nena, Shilpa Garg, Eric Lahti, and Inderpreet Kaur Uppal welcome participants and encourage all to join in during future months. #WATWB is a blog hop on the last Friday of every month. Click HERE to check out the intention and rules of the blogfest and feel free to sign up at any time. 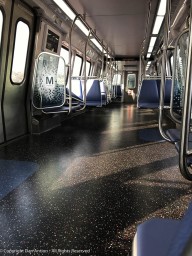 The Red Line form Union Station in Washington, DC to Silver Spring. I seem to be alone. 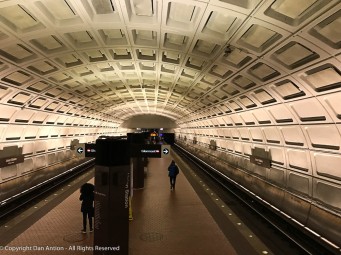 I always love the view going into the Metro Station under Union Station in DC. 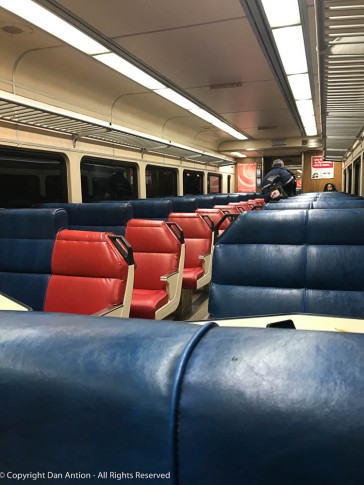 As close to the Twilight Zone as I’ve been. The train moved for about 8 minutes than returned to the station. 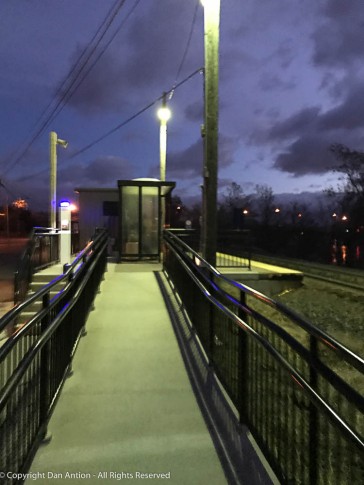 Home town station isn’t much to talk about but it was a pretty morning. 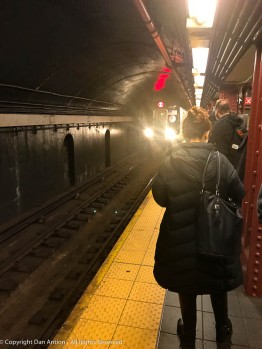 The E-train is arriving. From 3rd and Lexington to Penn Station will be about 20 minutes. 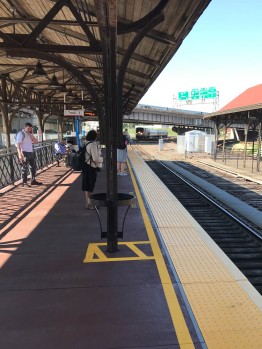 I’m waiting for the northbound train. That’s the southbound heading into the station. 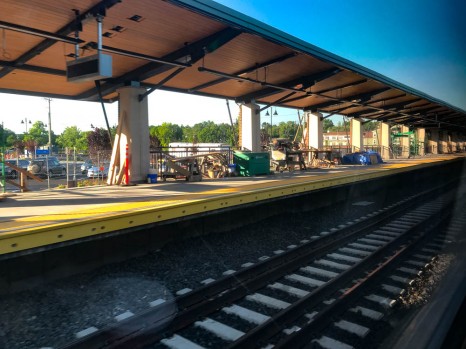 Construction is still underway at the new Berlin station. 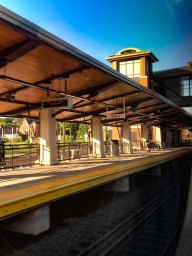 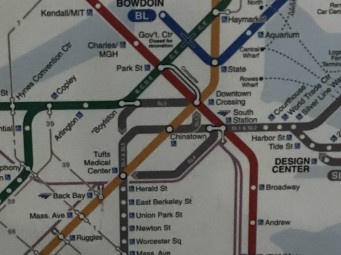 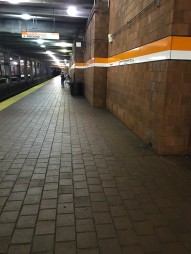 To avoid the possibility of rain on the way in, I took the ‘T’ – it’s good. Otherwise, I wouldn’t have notices the State House. 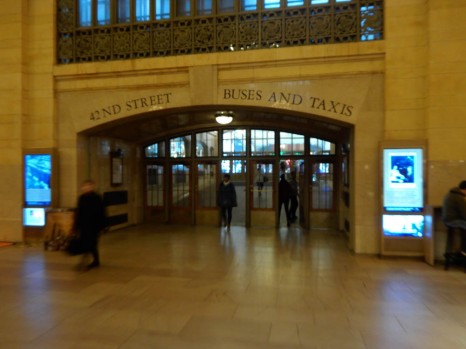 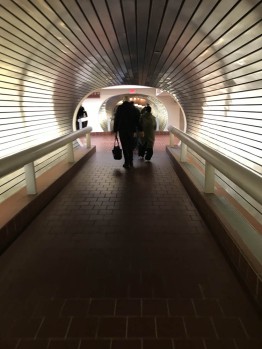 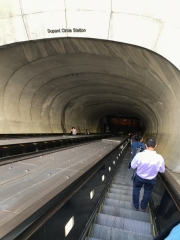 Not a door, more like a portal. Dupont Circle Metro station 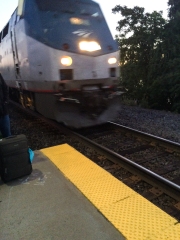 My train approaches the “station” 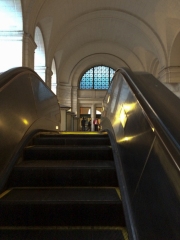 Coming up to Union Station from the Metro. 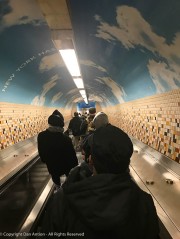 Later this night, I would really appreciate this escalator down to the subway platform in NYC.