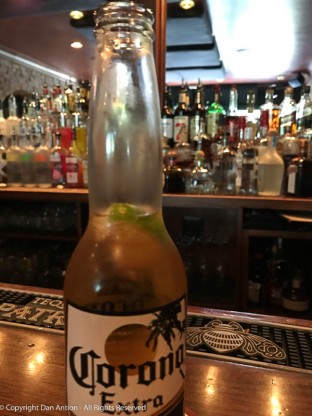 It’s a sweltering Saturday here in Connecticut, but we’re going to cool off at the bar while we try to incorporate Linda G. Hill’s Stream of Consciousness Saturday prompt into our conversation. Linda has given us:

“Your Friday prompt for Stream of Consciousness Saturday is ‘frame.’ Use it as a noun or a verb or any way you like. Have fun!”

If we were having a beer, you would be wondering about my week.

“David. You say that like you didn’t expect me to be here.”

“Before you ask him why not, and he starts going on about this and that and the other things, would you like a beer, Dan?”

“And, David? Can I bring you the regular assortment of beverages and glassware?”

“OK, then carry on with your interrogation.”

“Dan, the reason I didn’t expect to see you, is that I thought you were out of town.”

“Why would you think that?”

“I called you on Wednesday, but I kept getting your voice mail.”

“I didn’t see any messages.”

“Dan, you know I don’t like leaving voice mail.”

“It’s a transfer of power. I leave you a message and you’re in charge.”

“In charge of what?”

“I wanted to see if you wanted to meet me here for a pizza.”

“I would have called you back.”

“Exactly. But until you do, I’m stuck with pizza. What if I decided I wanted Mexican?”

“I see. It’s more about you being able to set your plans than having dinner with me.”

“None taken, but I wouldn’t have been able to meet you. I was at our company outing.”

“OK, but where were you yesterday?”

“Whoa, whoa, whoa, guys. It’s Saturday. I’m here with a cold Corona, a slice of lime, a glass of bourbon, a snifter of seltzer and a glass of ice – focus!”

“Oooh, are those cherries?”

“Yes, David, I put cherries in your bourbon.”

“Cheers, Dan. Now, where were you yesterday? I drove by your house because I thought you were taking Fridays off, but your car was gone.”

“I had to work. The installers came to finish the furniture installation for my boss’s secretary.”

“Your boss? Good decision to go in.”

“Where was your outing?”

“Dunkin’ Donuts Park – we went to a Yard Goats game.”

“It was ninety-seven degrees!”

“Not in the lounge.”

“Wait, you went to the ball park but sat inside the lounge?”

“You went with John?”

“Yep, I took the train into Hartford, and met him at his condo. We walked to the park. We had lunch on the party deck, but it was too hot to sit outside so we watched the game on closed-circuit TV in the air-conditioned lounge.”

“Sweet. When was your train?”

“How long did you have to hang there?”

“Until eleven, we watched ‘The Blob’ on TMC – remember that movie?”

“With Steve McQueen – ‘It creeps, and leaps, and glides and slides across the floor’ – I saw that in a theater in nineteen fifty-eight.”

“Did you turn around when the Blob oozed through the slots in the wall of the projection booth?”

“Everybody did! I guess we were easily scared.”

“You know what’s good when you’re scared, David? Another round, and maybe some wings.”

“Hey, you had a free meal on Wednesday. You messed up my pizza plans – it’s only fair.”

“All right, besides, I think you paid last week.”

“Did they ever remake The Blob, Dan?”

“They did, David, in nineteen eighty-eight. They planned another remake, but they’ve never been able to get it made.”

“Now would be the time.”

“Remember the last frame in the movie?”

“The frozen blob sitting outside the diner.”

“They said the Air Force was sending a Globemaster to pick it up and drop it in the Arctic, where ‘it will never thaw out.’ That’s how the movie ended.”

“That’s right. And now that the Arctic is thawing…”

Before you seek shelter, keeping in mind the Blob can ooze under doors, through air vents and inside pipes, you might want to take a look at Cheryl’s latest photo rendition. Also, if haven’t heard, you can now purchase the entire Brother Love story as a novella – I bought mine. If you don’t remember (weren’t born yet) The Blog, the original trailer is below the gallery.

The rain line to Hartford.

Fresh off the train. my friend’s condo is about a 10-minute walk. 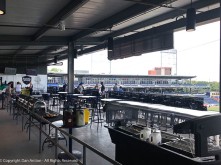 The party deck opens for lunch an hour before the game starts. 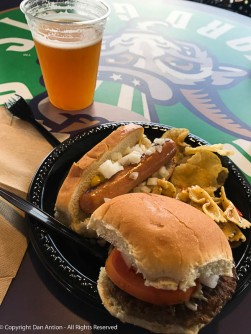 We had lunch on the party deck. Good ballgame food. 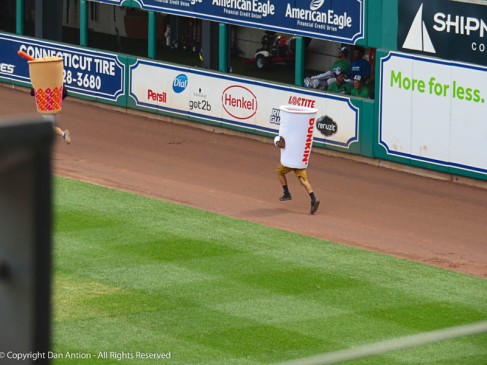 Jackie Robinson (42) and Roberto Clemente (21) – both numbers retired in this park. 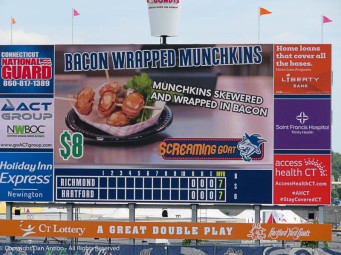 We didn’t try these, but… 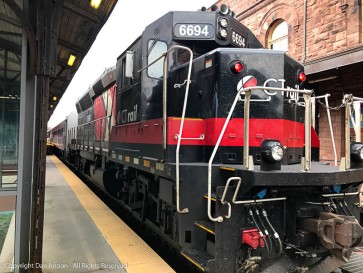 Who doesn’t love a pretty locomotive? 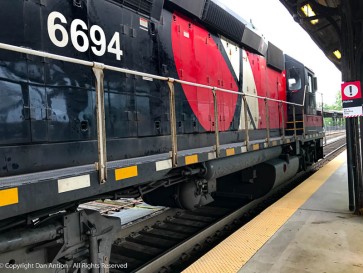 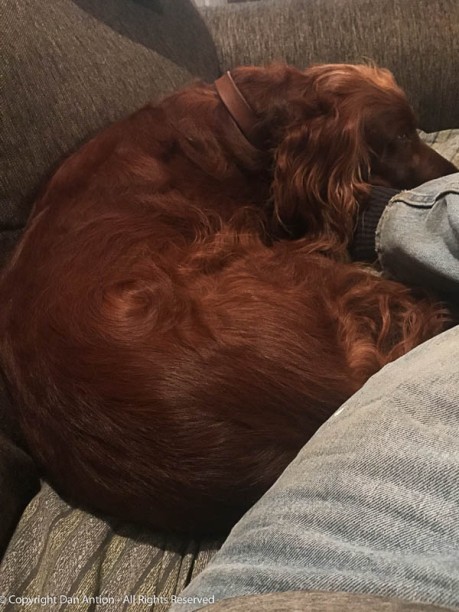 For those of you that would be upset without a picture of Maddie. 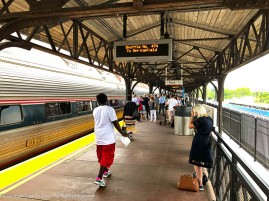 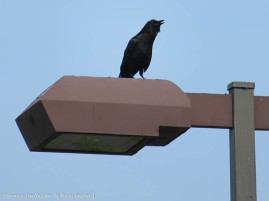