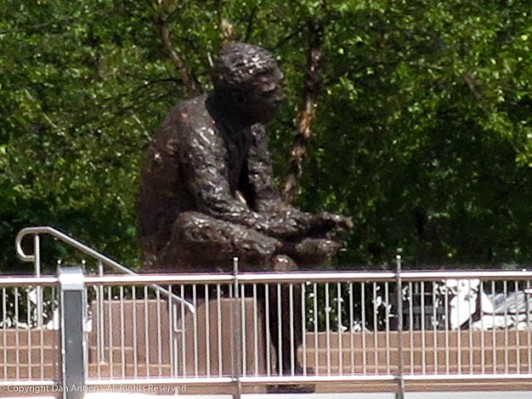 A close-up of Mr. Rogers.

Let’s change this up a bit. I’m going to give you the one-liner, and then you are free to leave. Well, you’re always free to leave, but you know what I mean. If you want the longer-than-one-line story that this one-liner brought to mind, you’re equally free to continue reading. There’s another one-liner near the end.

I get a lot of marketing calls at work. Thanks to CallerID, I get to send most of them to voice mail. Occasionally, when CallerID fails to do its job and I am expecting a call from someone whose number isn’t in my contacts list, I take an unidentified incoming call. I suffer the consequences. At least this time, I got a one-liner out of the deal when the guy introduced himself and then said:

“I want you to know that I’m not trying to sell you anything.”

Then why did you call?

Full disclosure, I sympathize (a little) with cold callers. I endured a short stint as a telemarketer in 1977. I attempted to sell subscriptions to one of the (then) two Pittsburgh area daily newspapers. I realize that the people placing cold calls are not really free to respond logically and sensibly to the person who answers the phone. That’s because they are working off a script, and that script contains a response for every imaginable reason for not making the purchase.

During the evaluation period, my supervisor listened in on my calls. I was sitting in front of a three-panel poster board (like the ones kids use for school projects) that had my opening script at the top of the center section. Beneath that were all the possible reasons a customer would refuse this wonderful offer. Each of those had a line drawn to my “required” response. The one below cost me my job:

“Could you call back another day/later/tomorrow/whatever, when my husband will be home?”

“We live in a time when men are recognizing women as being capable of sharing minor household financial responsibilities. Subscribing to a newspaper is the kind of decision that men are now trusting women to make.”

When “caught” by the supervisor and asked to explain, I told him I thought that response was insulting, disrespectful and flat-out stupid. The supervisor responded with:

“Perhaps, but it works. Speaking of what works, you don’t.” 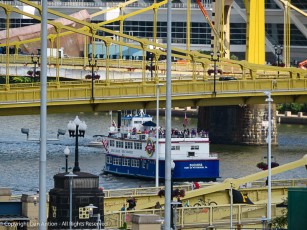 One of the boats in the Gateway Clipper fleet, heading under the 6th Street bridge in Pittsburgh. I like the lines in this image.

This is the Mr. Rogers memorial statue on the north sure of the Allegheny River near the point where it merges with the Monongahela River to create the Ohio River.

A close-up of Mr. Rogers.

The fountain at Point State Park in Pittsburgh. At this location in the water, it’s hard to know what river you are in. 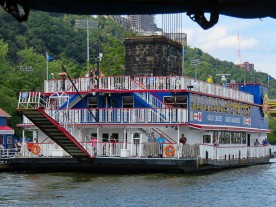 This boat is of a similar style to the one I worked on in the early 70s, It’s built on a barge and pushed like a barge would be, but a powerhouse tug.

That’s the powerhouse of the boat I worked on. The crew cabin on the 2nd level was available for us to study/do homework during the quiet part of the cruise (we usually played cards instead). 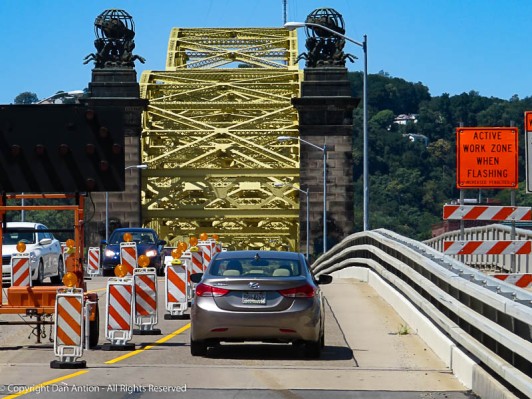 The 16th St, bridge in Pittsburgh. We decided to cross at a different point.

I like the bowls and the crate they’re displayed on. 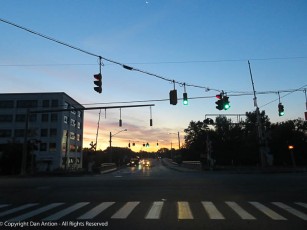 An unusal point to cross the Connecticut River. The highway I normally take is under construction. 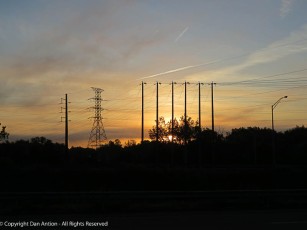 Everything is colored by the sun’s golden glow. The river is running very low again. 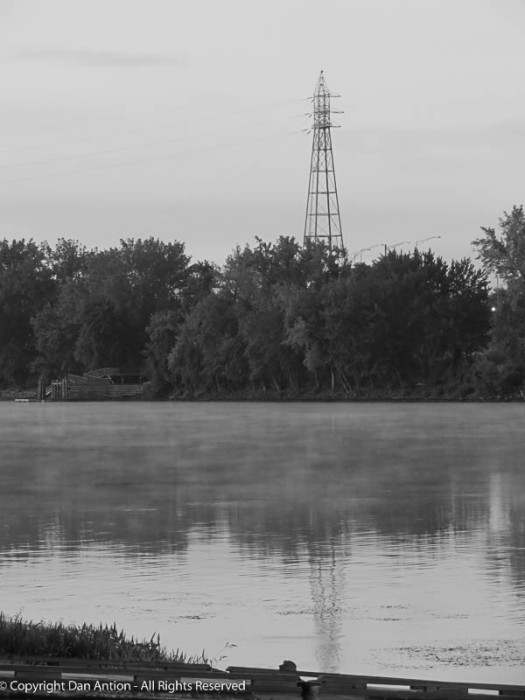 Mist on the river.