Before I decided to take Sunday’s off from writing, I was working my way through the saga of a mortgage company in meltdown mode. Earlier posts are here, here and here. I was planning to share a few more comical stories, before heading to a two-part finale, but I think I’ll just wrap it up with one final episode.

Note: I know it’s Monday but, 1) Math is involved 2) A little technical information has been provided 3) I look bad (due to people not believing math), but 4) I was right (verified much later).

As some might recall, I was managing an engagement for a consulting company that was trying to help a mortgage company find $93 million dollars they had lost track of.

As we poured over every process in the bank, looking for places money could be sitting unnoticed and unaccounted for, we kept track of a variety of statistics. I know it’s Monday but bear with me a minute as I explain something that’s critically important.

No bank writes a mortgage and holds it for 30 years.

Banks and mortgage companies “originate” (write) mortgages. They do the underwriting and lend the money. Then, after a few months they bundle that mortgage with 100-1000 others and sell them to Fanny Mae or Freddy MAC or… well, who cares? There are three things to understand here:

1) During the 30-120 days when the bank is “warehousing” (still owns) the mortgage, they make a ton of money because most of the payment is interest.

2) After mortgages are sold, the originating bank continues to “service” them (take payments, pay taxes, send late notices, and such).

3) Banks are paid a servicing fee (a percentage of the mortgage payment) for their services.

The most important thing to know about this whole business is this – a mortgage company needs to be able to service those mortgages for less than amount that they receive for such servicing. I know that sounds obvious but then, if you had $93 million, you’d probably know where it was.

As I was compiling and trying not to analyze those statistics, it became apparent that this bank was spending way more money servicing those mortgages than the fees were being paid.

They were still making money, but that was due to the profit on those warehoused loans. That profit was offsetting the loss on servicing, but that couldn’t go on forever, according to me.

I’m going to save several hundred words – I told the partner on the job – He told the Internal Auditor – he told the Board – they convened a meeting.

I explained the facts in a presentation to the Board. The members present seemed impressed with the data, the analysis and the mathematical certainty of the situation. Then, the President of the bank spoke.

“My young colleague’s dire forecast would be correct, in a scenario where mortgage origination growth declines. What he doesn’t understand is that the growth rate isn’t going to decline. In fact, it’s going to increase. There’s nothing to worry about.”

I tried to explain the math supporting the fact that the growth rate could not continue to rise. The partner and the Internal Auditor supported me, but the Board accepted the President’s assertion that it would.

I knew I was right. I had been trained to analyze the kind of information we had gathered. I had identified the variables and accounted for the possible scenarios. The timing was affected by those variables, but the end result was the same in every scenario. None of that mattered – facts and math are boring.

This day is off to a foggy start,

This is an old tobacco field, but that’s not shade cloth. This is some sort of orchard.

Maybe I’ll learn more about this place before autumn.

Now that it’s cooler in the morning, it’s still foggy when I get to the park.

One of my favorite buildings in Hartford. 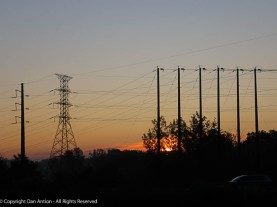 I am starting to see the sunrise (at least on days I’m heading in a little early).

We were at this bank long enough to give themselves a name. 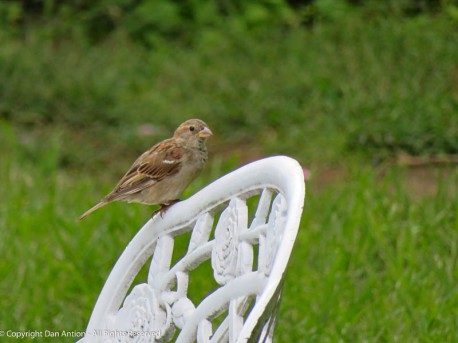 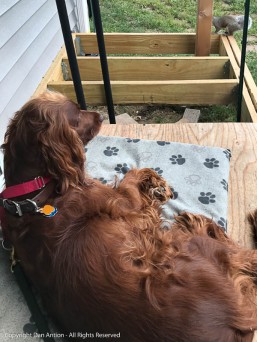 “Dad, can you just give her a peanut so I can go back to sleep?”

“Did you hear Maddie? She want’s you to give me a peanut.”

MiMi, showing off that one long sock,

Hi MuMu. I’ll brush you as soon as I get this picture.