Why Am I Listening to Enya?

This could have made for a good one-liner, but the backstory leads me to a subject that’s been kicking around in my draft folder for several months. The story began just before leaving for our road trip to Pittsburgh. We needed music. I have tons of music – well, not compared to our daughter, but still, I have more than enough for a 9-hour drive. The problem is, my approach had been old school. By that, I mean I would group a bunch of songs together and burn a CD. My new car doesn’t have a CD player, so time for a new process.

The music is all digital. I assumed I could just build a playlist, download it to my phone and be done. That proved easier thought than done. Having not wanted to spend more for iCloud storage than I needed to, I left most of my music on a desktop PC, managed by iTunes. Transferring from desktop to iCloud, building a playlist and downloading same was going to be costly, tedious and time-consuming. When I said “just before” I meant the day before, so… Frustrated with Apple, and myself, I decided to just copy everything from my PC to my phone. Somewhere north of 900 songs. What the heck, we could figure it out while driving.

The problem? Somewhere along the line some of Faith’s high school music ended up in my music library. I know how this happened, but I’ll spare you a lengthy technical explanation from the early days of home networking. Whenever these songs pop-up, I text something like the title to Faith.

So, why didn’t I just buy more storage on iCloud?

Because you don’t buy it, you subscribe to it.

You subscribe to everything these days. In fact, the draft of this post was filed under “Bankruptcy by Subscription.”

I started looking at the services I subscribe to. I’ve begun to prune the ones I used primarily for work, and I am taking a hard line with new ones. Here’s a partial view of the results:

Office 365 – I subscribe to this Software-as-a-service (SaaS) from Microsoft, because I think it is one of the best bargains available on the Internet. At the family level, I get to install Word, Excel, PowerPoint and Outlook on 6 laptops and more devices than I’ll ever own. In addition, up to 6 family members can join me on OneDrive, each with 1 TB of online storage.

Music Platforms – In addition to Apple Music (which I don’t subscribe to) there are several other services (Pandora and Spotify, Amazon, and others) that I don’t subscribe to. Some offer free versions, but the free service is limited – with some, you can’t create personal playlists – and you are generally using your data plan to download the music. On a road trip, that can be excessive and spotty (still many dead spots in central PA). Besides, how many times do I have to pay for music I bought when I was 16? I’ve bought albums, 8-tracks, cassettes, CDs and paid to download songs from iTunes. Enough is enough.

O’Reilly Media – O’Reilly is by far the largest publisher of technology books. I own many of their titles. I was looking for a good book on Python, a programming language I might try learning after I retire. O’Reilly quickly sensed my interest and sent me an offer – $39 a month for digital access to all their books. I can buy the one book I want for $44.

Box – I opened a free account, during a limited-time promotion, with 50 GB of storage. I can step that up to 100 GB for $10/month. I’m not interested. I love Box. In my opinion, it is the absolute best cloud storage option, but I can live with 50GB.

Security – I do maintain an annual subscription to anti-spam/malware/etc. The vendor changes from time to time, but I consider this a cost of living on the Internet.

I could go on, and on, and on. I listed 13 services I’ve been offered from companies I have a relationship with. The math shows I could be spending over $160 per month – for the rest of my life – for music, entertainment, software, security and storage (and that doesn’t include WordPress!). See the screen clip below (from Washington Post article) for what you could spend with Apple alone. Thanks, but no. 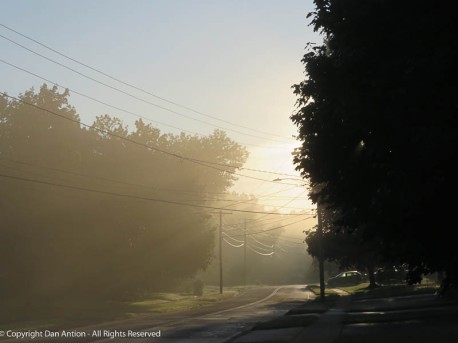 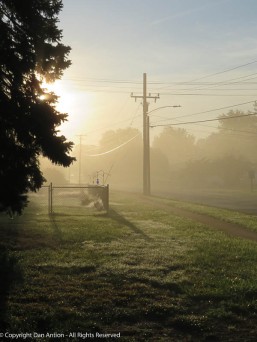 I love the look of the sun breaking through the sun. 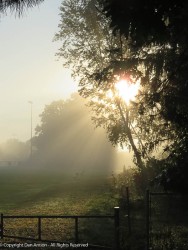 The sun is going to burn through this pretty soon. 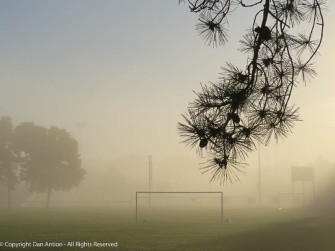 They won’t be playing soccer for a while. 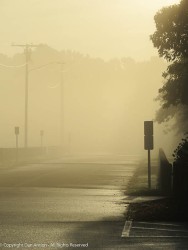 “I don’t know, Maddie, that looks a little dicey.” 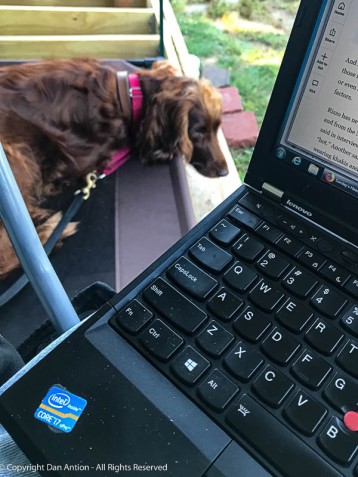 I decided to see if I could work on my laptop while sitting with Maddie. 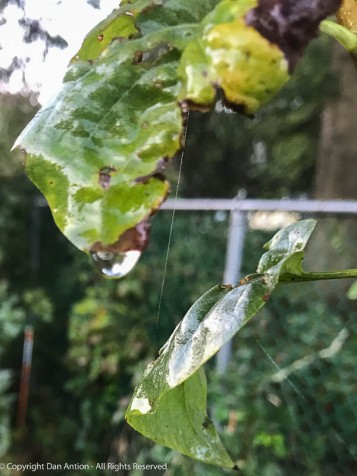 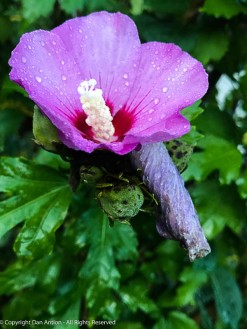 We don’t have many of these blossoms left. This one looks like it wanted a drink. 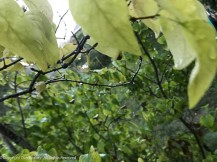 Maddie is going to get wet. 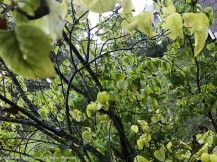 I keep trying to snag the water drops. 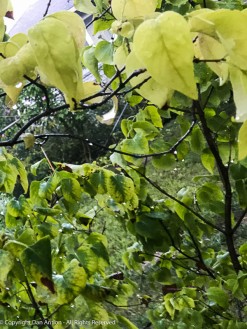 This is as close as I could get.

The fog has coated all the spider webs, and the sun is lighting that up.

“Um, Maddie, I was hoping to get a close-up of…never mind.”

Looks like this spider caught a lot of fog. 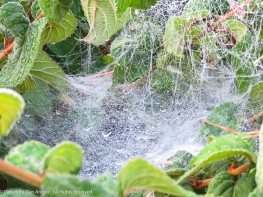 Fog and water. I hope this spider has some instant Ramen in the pantry.