Ellen, over at Notes From the UK gave me a great way to introduce a mini-rant that I have been trying to figure out how to begin. Ellen periodically answers questions about England and Great Britain – if you don’t know the difference, read her blog, she’s answered that question more than a few times – and she mixes in a healthy amount of humor and sarcasm while she’s at it. It’s hard not to laugh, and it’s hard to think ill of her, because she is usually right. One area where she’s always right is the world of grammar, punctuation and spelling (gps). Ellen used to be an editor. I dread the day I put a comment on her blog that contains a typo.

Apparently, Ellen is also one of the few remaining people who care about the lower-case gps. Social media is ripe with gps errors and, as most of the content on social media should be, they are often overlooked by a readership that is familiar with smart phones, their tiny keyboards and their insane correction software. However, social media typos are spilling over into resumes, applications, advertising, letters to the editor and newspaper articles; and that’s a disturbing trend.

Recently, there was a post on the neighborhood-focused social platform NextDoor that included a spelling error that was hard to miss. The contributor was talking about a small and somewhat dangerous section of main road that goes past the entrance to a Super Walmart. Two lanes collapse into one, shortly after the traffic light. Frequently, some yahoo will burn-out of the soon-to-be-gone right lane and cut off the folks in the continuing left lane. That isn’t news folks, that’s normal here in New England. Still, the writer called on readers to complain to the town’s mayor about the dangers of “murging” at that intersection.

Far be it from me to call out a spelling error, but the “u” on most keyboards is nowhere near the “e” and it’s unlikely that this woman’s phone suggested “murge” over “merge” – unless, of course she ignored the squiggle and added “murge” to her dictionary. Note: I did that with “borker” – a misspelling of “broker” – but if you’ve worked in insurance, you might not care. In any case, after multiple instances of this error, someone commented: “For the love of Pete, the word is MERGE!” I felt her frustration. I wanted to yell that out, too. The woman who made the error justified it as an acceptable, older form of “merge.” Yeah, OK. Back when horse-drawn carriages were facing a narrow road ahead, they were described as murging. I get it.

A week later, another contributor attempted to call us to action with a comment that was littered with typos. Rather than call that person out, the gps aficionado added her own post under the headline “Spelling” and simply said “People really need to learn how to spell on this site.”

Well over 50 comments were posted, most along the lines of “who are you, the grammar police?” Again, you know me, you know why I employ The Editor, but even I know that spelling isn’t grammar. Even more than that apparent lack of concern over typos, it was the defense of bad gps and the taunting of the person who was right that frustrated me. The contributor who put up the spelling post called attention to two valid and important facts:

1) Security experts suggest that bad grammar is a sign of spam/scams/phishing, and

2) Spelling errors, as well as grammar and punctuation errors, reduce the credibility of the author, particularly when he/she is trying to persuade their audience.

This rational argument garnered even more taunting quips about the grammar police.

I did not come to the aid of the gps advocate. I am not active on NextDoor. NextDoor, like the big boys it’s trying to emulate (FaceBook, LinkedIn, Twitter, etc.) offers a free service in order to harvest data about you, aggregate that data and then sell it. I’m sure several people in the north-central Connecticut area are now seeing ads for Grammarly free trials.

Grammar, punctuation and spelling are important. If your skills in those areas are not strong, get help before you submit your resume.

I’m sharing a few more photos from the Broadmoor in Colorado Springs. This pattern will continue throughout the week. 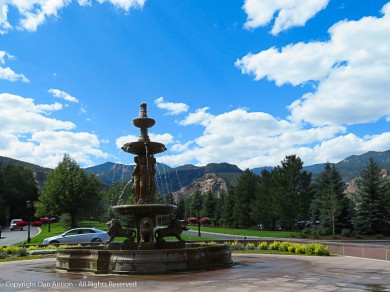 Waiting for the shuttle to the Garden of the Gods.

One of the many buildings at the Broadmoor complex.

I love fog and reflections, so this was a nice morning walk around the lake.

I love the mist over the mountains (and I have to get close to the swans). 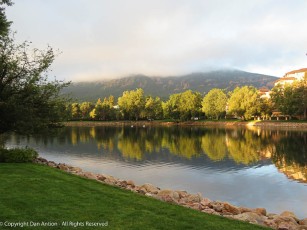 I’m in my happy place.

The sun is coming on strong, burning off the mist.

I apologize for so many of these photos, but I pared it down as far as I could. 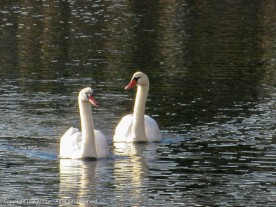 “I don’t care which way we go. Pick a direction and get going.”

“Can we swim along with you guys?”

A very sad day in the US and the world of Figure Skating. 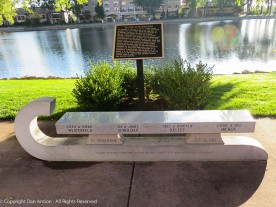 The lake is particularly calm at this point.

I enjoyed my walk around the lake.