Several weeks ago, while on my way to our local lumberyard, an accident had closed the road I was traveling on. Police on the scene at the nearest intersection were routing people to the right. I asked for directions, and they began with “continue down this road and turn left between the dam and the Opera House.”

Anyone who participates in Norm Frampton’s fun weekly blogfest called Thursday Doors know how those directions were received. Every week, Norm challenges door aficionados from around the world to gather pictures of interesting doors. He invites these people to write about these doors and share a link via his website. If you enjoy looking at doors, marveling at entrances and wondering about the buildings around us, you will enjoy visiting Norm’s site.

My entry today is the Opera House in Broad Brook, Connecticut. Broad Brook is a village area within East Windsor and, like many towns in north central Connecticut, it has a history that includes textile manufacture. The Broad Brook Woolen Co. built two dams on Broad Brook, creating a Mill Pond on the east side of Main Street and a smaller pond behind the mill building. The company was very supportive of the village. They built houses and buildings along Main Street, many of which remain (and might be featured here in the near future). In 1892, the Broad Brook Woolen Co. built a two-story building across from the mill dam. According to the CT Historical Society:

“The first floor of the building next to the Broad Brook Mill and dam served as a sales room for cloth The company donated the second floor as a community meeting place — and over the years it hosted everything from minstrel shows and military balls to basketball games and card parties. Since 2003, the St. Martha Players, originally from Enfield, have performed there, and fittingly, the troupe changed its name to the Opera House Players.”

The Opera House Players recently moved back to Enfield (the town to the north of East Windsor). The timing is unclear, but the Opera House has been renovated, and now appears to be available for rent for weddings and other social events.

The gallery includes several views of the Opera House, and the Mill Pond. 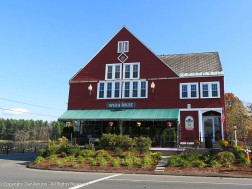 The Opera House from across the street (where the mill would have been).

I was unable to find any information about the car on the porch, but I couldn’t resist including the picture.

The Opera House from the southwest. 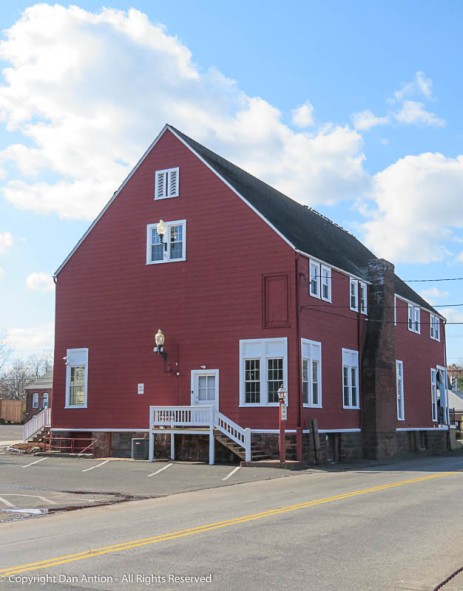 The back of the Opera House and a ghost door. 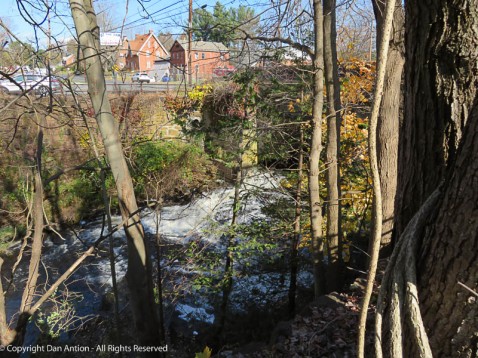 This is the runoff from the dam at Mill Pond. Below this, is another dam that provided the power to operate the mill. 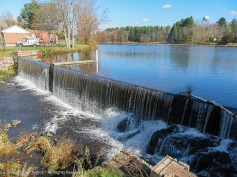 The dam on Broad Brook creates the Mill Pond. There are dams like this all over New England.

The Mill Pond is a popular stopover on the way south for the geese. 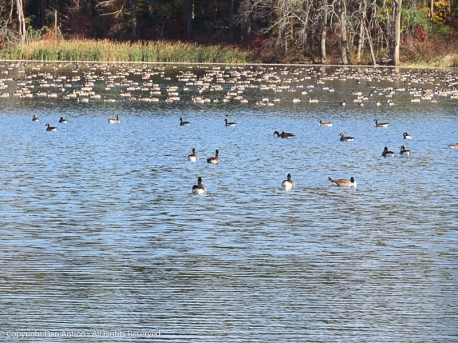 All of those spots are geese. 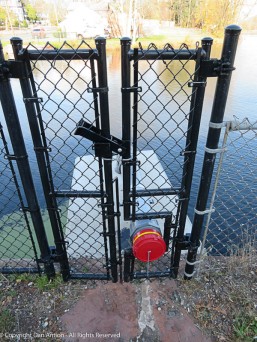 An interesting gate, This is a fire department water supply that allows them to pump water out of the Mill Pond.