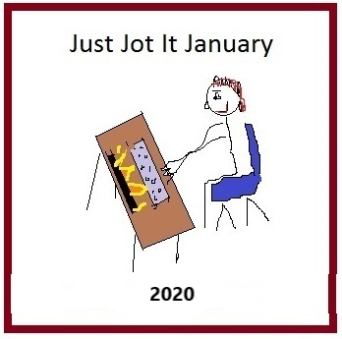 My train, pulling into the station.

My secret is out. It wasn’t just a love of marine artifacts that took me to the Connecticut River Museum last week. I would have made it there eventually, but what made it worth the trip on a cold rainy day in January was the holiday model train display. I’m a sucker for model trains, and the prospect of seeing my favorite locomotive of all time – the New Haven Railroad with the block stamp logo – made the trip even more enticing. Going to the museum on a Friday morning meant that I’d have plenty of time to study the layout. I was only competing for views with one little boy, (but he had brought his own stepstool – the makings of a pro – to get a better view). He was there with his grandmother and we got along well.

The layout features buildings, businesses and waterways from historic Essex, CT, including a couple steamships. The gallery focus is on the areas of the display that include doors, or things I really like that must have a door somewhere. Included in today’s gallery are images for GP and Mary, and a question for David.

This is the first Thursday Doors post for 2020, and it’s a good time to tip our engineer’s cap to Norm Framptom, the lead conductor on our year long journey of door appreciation. Each week, Norm gathers doors from around the world. They are linked through his website at the northern terminus of the line in Montreal. If you have doors to share, or just want to see wonderful doors from everywhere, punch your ticket for Norm’s station.

In addition, while I try to never combine prompts, these scrumptious doors are also part of Linda G. Hill’s #JusJoJan via the prompt offered by Maggie at From the Cave Walls. 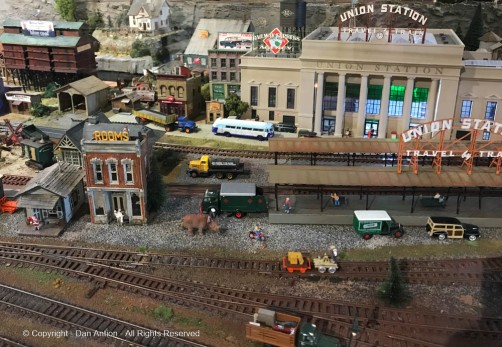 Essex is about 35 minutes from New Haven by rail. New Haven is the next harbor (going east on Long Island Sound). And, the area around Union Station kinda-sorta looks like this.

In the display, the chickens were moving at the Live Poultry business. 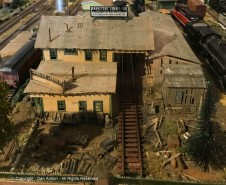 No surprise here. Dan is always going to include a lumber yard,

I included this picture for GP. In the horizontal center are two flat cars carrying Higgen’s boats. 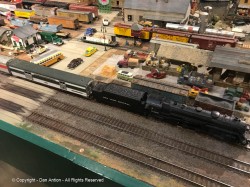 The port of Essex would have been busy with rail and river traffic.

The port of Essex

Port of Essex with a model of the steamship Hartford. The white building near the bow of that ship is the building in which the museum is housed today.

Love that color scheme and logo!

There were many active quarries in this part of CT, so crushed stone was a common cargo. 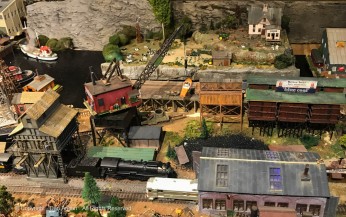 A crane lowering a boat into the water. You can still find these, right outside the museum. 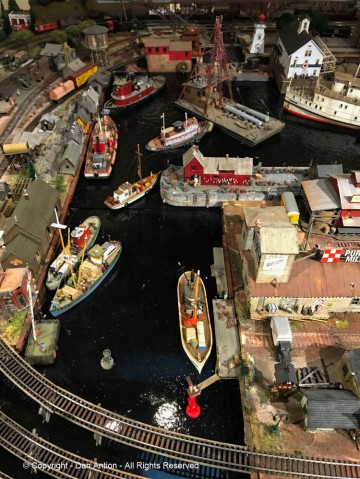 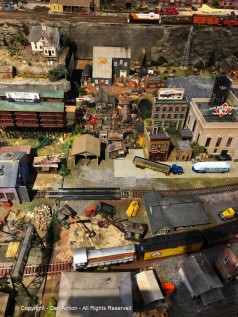 It was hard to get clear shots of the trains in motion, The white and red train near the top is the Providence and Worcester Railroad, which had a similar paint sched as the New Haven Railroad

I included this picture for David as I think he’ll appreciate the old model trains.

I think the train on the bottom is the Loco and coal car that were in my brother’s train set (or maybe the one on top). The one above it is my favorite.

Christmas in the train yard.

This is a long, narrow layout.

My train, pulling into the station.