Want Fries with That? – #WATWB

What does fast food have to do with advanced university research? If you’re like me, you might guess that a few chemists left the lab early for a Big Mac and some Fries. We’d be wrong. According to an article in the Pittsburgh Post Gazette’s NewsSlide app, Professor Andre Simpson, of The University of Toronto’s Scarborough was having a hard time paying for resin for the lab’s 3D printer.

“Simpson had bought a 3D printer for the lab in 2017. He hoped to use it to build custom parts that kept organisms alive inside of the NMR spectrometer for his research.

But the commercial resin he needed for high-quality light projection 3D printing (where light is used to form a solid) of those parts was expensive.

The dominant material for light projection printing is liquid plastic, which can cost upward of $500 a liter (about $15 an ounce).”

Professor Simpson noticed similarities between the commercial liquid plastic and the fats found in cooking oil.

“What came next was the hardest part of the two-year experiment for Simpson and his team of 10 students — getting a large sample batch of used cooking oil.

‘We reached out to all of the fast-food restaurants around us. They all said no,’ said Simpson.

Except for McDonald’s – they agreed to give them 10 liters of waste oil.”

The professor’s team devised a test, and decided to 3D print a butterfly (shape). It took some time, many attempts, but the produced a butterfly, and:

“ ‘We did analysis on the butterfly. It felt rubbery to touch, with a waxy surface that repelled water,’ said Simpson. He described the butterfly as ‘structurally stable.’ It didn’t break apart and held up at room temperature. ‘We thought you could possibly 3D print anything you like with the oil,’ he said.

The experiment yielded a commercially viable resin that Simpson estimates could be sourced as cheaply as 30 cents a liter of waste oil.”

Fast food restaurants are very concerned about making money – they sell their waste cooking oil to companies that turn it into biofuel. In this case, the local McDonald’s did a simple ack of kindness. They did the right thing, and the results were great. McDonald’s has taken note of the research, and this may ultimately lead to something transformative for its recycling program.

The “We are the World” Blogfest is now in its third year. This blogfest’s goal is to spread the message of light, hope and love in today’s world. We are challenging all participants to share the positive side of humanity. This month’s co-hosts Sylvia McGrath, Peter Nena, Shilpa Garg, Eric Lahti, and, Belinda Witzenhausen. welcome participants and encourage all to join in during future months. #WATWB is a blog hop on the last Friday of every month.

If you want to SIGN UP for WE ARE THE WORLD – Click HERE to be part of the Light.

Of course, all this talk about fried food and fast food is making me hungry. I will share that shortly after this post goes live, I will be having breakfast at The Allegro Cafe…sorry.

If we hadn’t already eaten a ton of food, I would have stopped here. 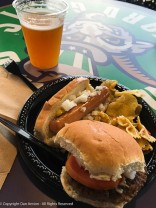 We had lunch on the party deck. Good ballgame food.

My coworkers is one of the people I walk to Dunkin’ Donuts with. He also periodically enjoys lunch at McDonald’s – he was feeling right at home when he sent this. 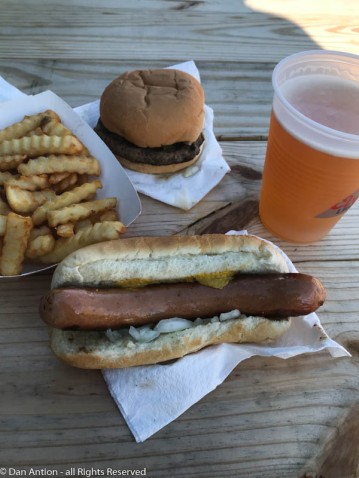 Wendy’s breakfast potatoes – but they don’t serve breakfast in Connecticut :( 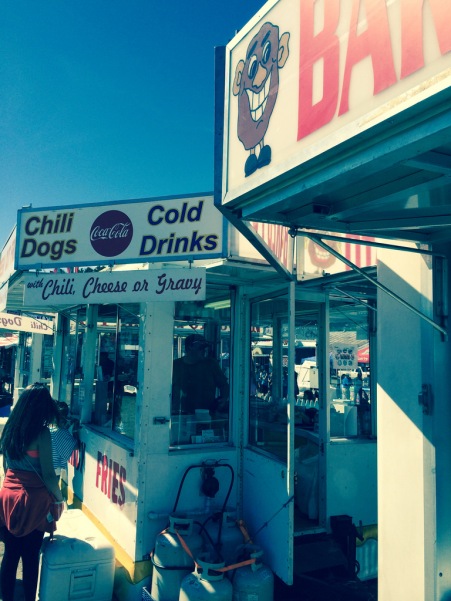 Check it out, Chili cheese fries or Gravy fries 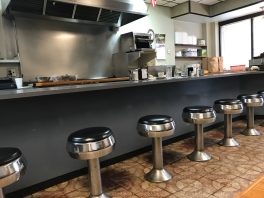 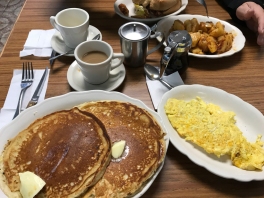 Allegro pancakes. Pretty good, but a little less fluffy than I like. 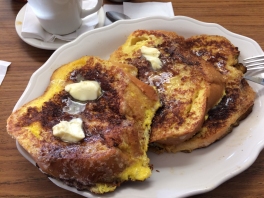 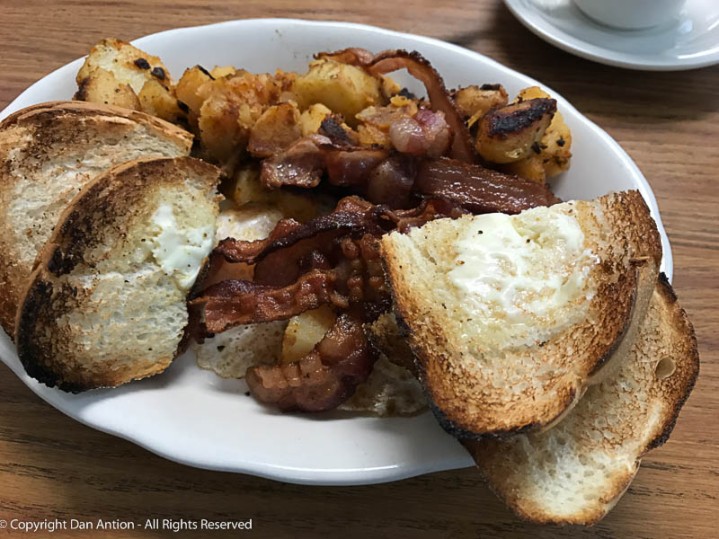