A few weeks ago, I published a post about Random Thoughts, one of the attributes mentioned on the tag line. Life Lessons is also mentioned in that tag line. Well, the past few weeks have given us all the opportunity to learn more about ourselves. Many people have written about these lessons, about what they’ve learned about themselves. I don’t want to cover that same ground, so I thought I’d focus on a few lessons you might enjoy.

Anti-Social Distance – The Editor pointed out the incongruity with the term Social Distance. Social doesn’t involve distance. Social involves people interacting with people. Precisely what we’re not allowed to do. This weekend, in Connecticut, our Governor reduced the number of people who could gather in a group to five. I’m OK with five. Maddie, on the other hand, is all, “Five? Five people? At the same time? You’re not going to do that, are you? I only need you two and maybe Faith. Actually, if Faith comes, you two can go.”

Maddie is not a social dog. When we walk, we avoid other people, especially people with other dogs. On Saturday, we saw a family coming toward us. A man and a woman, two little kids, AND A DOG! That’s a group of five right there. We crossed the street and Maddie barked. After we passed them, Maddie kept checking behind us. She’d look back and utter a simple single bark.

Shopping – If I’ve learned anything during this period of isolation, it’s how little I know about the things we eat. I not only don’t know what we eat, I don’t know where the things we eat are located in the grocery store. I don’t know how much that stuff costs, so I don’t know what a good price might be. I do know that, if you want to sell me something, advertise a price at which I can have two. For instance, if Special-K is normally $2.59 a box, put a sign up that says “Special-K – Now two boxes for $6.00” and I’ll toss two boxes in my cart. Two packs of muffins, two packages of lettuce, two bags of chips. If my dentist offered two root canals for a price my insurance would pay, I’d probably make two appointments.

Design and Math – I think the readers who object to math-on-Mondays, will appreciate this. The Editor shops at the smaller of the local grocery stores. I shop there, too, but I’ll venture into Stop & Shop if the little store is out of something we need. In order to maintain that prescribed social distance in line, I prefer to use the self-checkout. While shopping, I noticed Kraft Mac & Cheese – don’t judge, I love that stuff – on sale for 88¢ a box. Now, I don’t know if that’s a good price, but this wasn’t the generic stuff we sometimes buy, this was Kraft! I put three boxes in my cart.

At the checkout station, as you scan each item it tells you the price and your savings. I admit, I didn’t much understand this process. None of the prices sounded familiar and I wasn’t sure where the “savings” were coming from. I have a Stop & Shop rewards thing, so I assume maybe that was generating the savings. However, when I scanned the Mac & Cheese, it said, “One, twenty-five. Savings thirty-seven cents.” A dollar-twenty-five? What happened to eight-eight cents.

OK, I felt stupid. But then I realized how badly their system is designed. If I had designed that system, the voice would have said, “Eighty-eight cents. You saved thirty-seven cents. Way to go big guy!”

I hope you are all maintaining a distance that Maddie would approve and that you stay safe and healthy throughout this crisis.

“We’re out here in the rain and Sammy is sitting under the new roof. What gives?”

I’m not allowed to travel, so you have to settle for “Sunrise Over the Trash Cans” 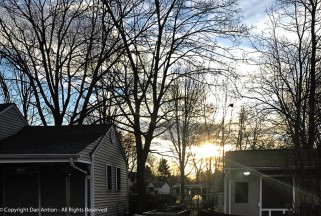 The local sunrise from the back side or the perimeter loop.

“Don’t get too close to that lady and her dog.”

This is what I do while Maddie sniffs. 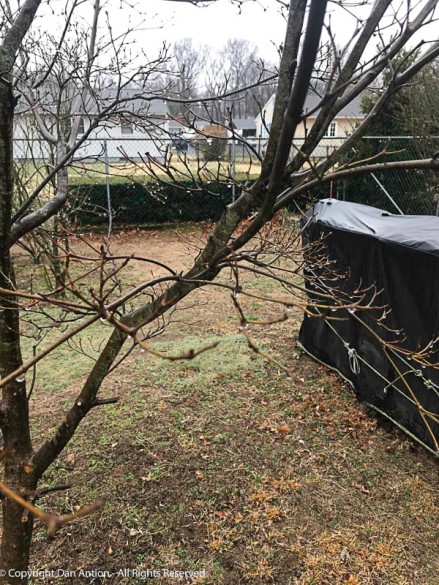 The dogwood is turning green. 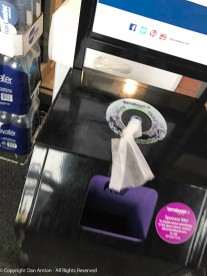 Disinfectant cart wipes are back. I haven’t seen these for weeks.

Apparently we drink this juice. Who knew? 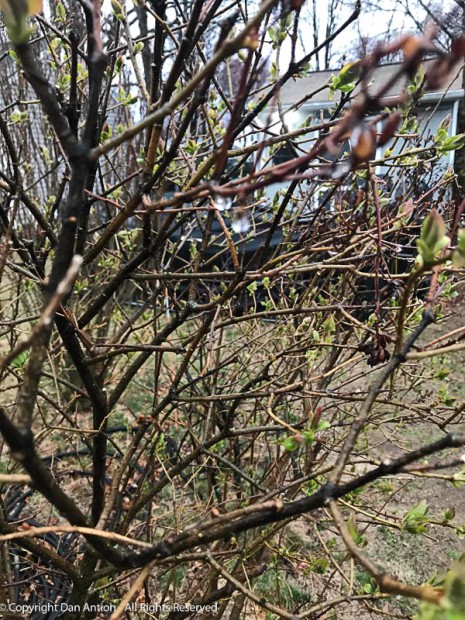 Lilacs, Sand Cherries and Rose of Sharons are getting ready to pop. 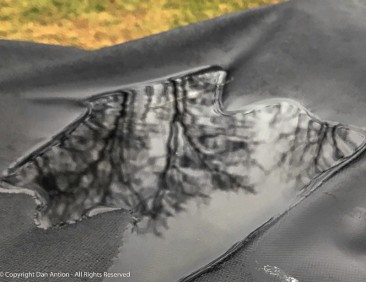 Wet – that’s the forecast for the entire week. 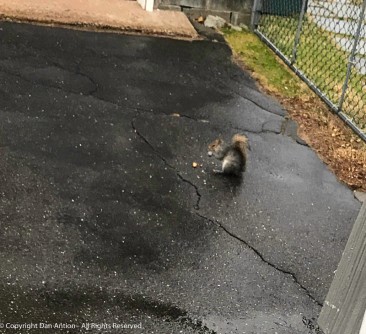 Eating in the rain 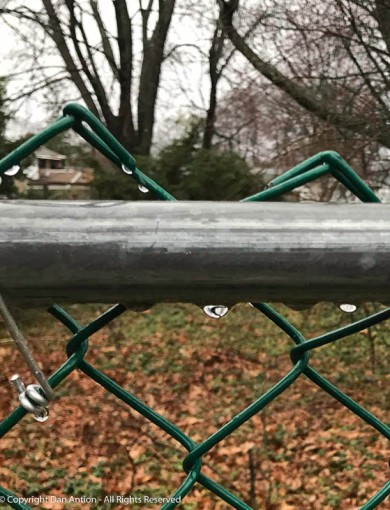 The newly stretched fence is getting wet.