It wouldn’t surprise anyone to discover that I’ve had the TV on a little more than normal for the past few weeks. It wouldn’t surprise anyone who knows me to learn that Star Trek has been one of the shows I’ve been watching. Nothing should surprise me about Star Trek – I’ve been watching, re-watching and periodically binging that show since the mid-60s when it launched. I wrote about the fact that I took in a roommate a couple of months early – rent free – as long as he paid for cable TV so we could watch Star Trek which had entered its first phase of syndication. Star Trek represented the best of mankind, a planet, a federation which had put its societal problems behind it, but perhaps not its medical problems.

Star Trek was famous for distancing itself from and mocking the fears and prejudices of the time in which it was filmed by showing us the absurdity of those fears in the future. The message was that humans had grown beyond these petty differences. Perhaps the most well-received such message was the revenge-of-the-nerds message that went out weekly to the fanbase of the series. Science triumphed while politicians and diplomats fumbled. But the crew of the Enterprise carried our inadequate immune systems into the future with them.

Star Trek crews battled viruses, parasites, epidemics, pandemics, natural and unnatural evolution and ill-fated medical research that made the crew sick, drunk, grow old, de-evolve and become paranoid and insane. They dealt with selfish, unethical and even criminal behavior in the pursuit of vaccines, antidotes and cures. We watched as victims died, were mistreated and threatened with destruction.

In the original series, the underlying fear might have been our fascination with space. We knew we were going there, but we didn’t know what to expect. Those of us who remember being glued to our TV sets in 1969 watching the crew of Apollo 11 land on the moon also watched the recovery and immediate isolation and quarantine of that crew – first in a mobile unit and then in an isolation chamber for 21 days. Then again, since we hadn’t yet banned biological weapons, perhaps the prospect of a war in which those weapons would be unleashed inspired a few scripts.

Being one of the nerds, I’d be remiss if I didn’t consider the number of times that computer viruses, glitches, attacks and take-overs threatened the Enterprise and / or humanity at large. One of my favorite episodes, “Contagion” is essentially a cybercrime disaster in the making. The star ship Yamato destroyed, the Enterprise, Commander Data and a Romulan warship Haakona brought to the brink of destruction by a computer “virus” that they willingly, carelessly invited into their computer system. Even more ironic is the fact that the solution was to basically reboot the android, the Enterprise and the Haakona. I guess the writers figured we’d never get beyond that solution – I can’t say we’ve proved them wrong.

While we might accept pushing Ctrl-Alt-Del on a starship command computer, some of the medical miracle cures in space, the ones that reversed aging, re-evolved spiders into engineers, returned drunk, insecure and irreverent crewmen and women back into functioning professionals and saved entire planets from death seem hard to believe. I like to think that the writers factored in the advances they expect us to make in the next few hundred years.

I was going to include a poll to find out which “virus” episode is your favorite, but there are so many. I decided to just ask you to list your favorite (if you have one) in the comments. 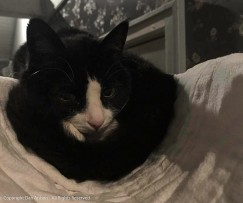 “You know, you can take my picture while I’m sleeping.” 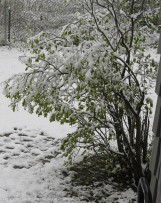 Our white lilac was not impressed with the unexpected heavy wet snow on Saturday. 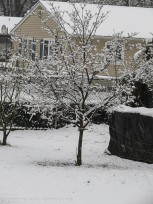 The Korean Dogwood was just starting to bud. 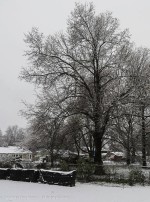 I’m not sure the squirrels living in that tree are happy. 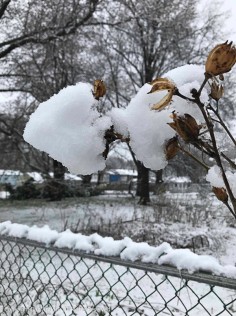 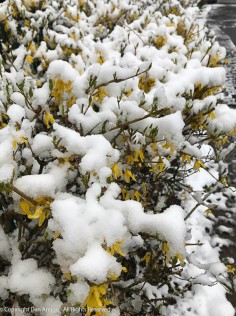 As if the forsythia haven’t suffered enough :( 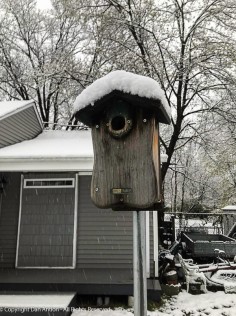 Saturday morning. Snoopy is in there. I’m guessing she isn’t happy either. 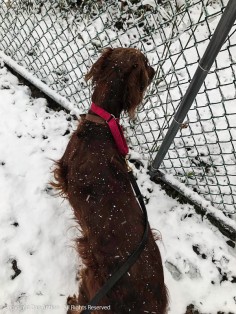 Maddie is wondering why it’s snowing in April. 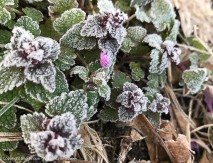 Our ground cover was not happy with the frost on Sunday morning.

A different type of ground cover 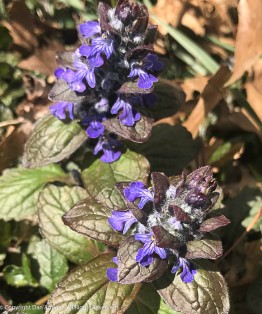 A different type of ground cover 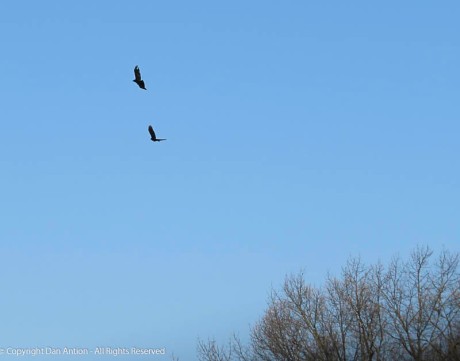 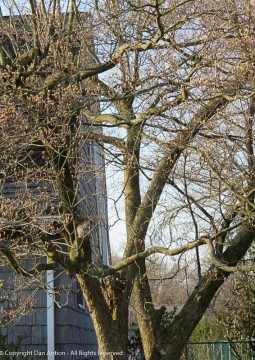 Our dogwood is starting to show its leaves. Soon that squirrel will be hidden. 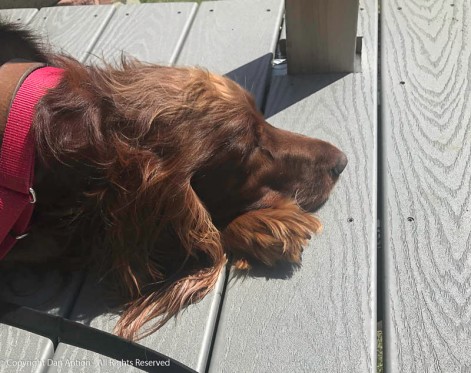 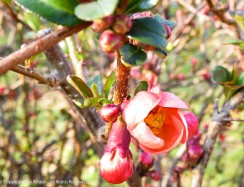 The Quince is starting to bloom. 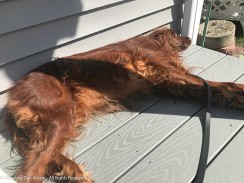