She always finds something to study.

Yesterday (Tuesday) was the day that I went grocery shopping. I’ve settled into a routine of hitting both the large grocery store that we don’t like but has everything and the small grocery store that we like but is often out of stuff. Their “Senior” hours are staggered by an hour, so I can hit both without having to enter with the crush of old folks, and still avoid the under-60-crush at the general opening.

Just for the record, I am one of the old folks.

I tend to park near, but not next to the bin where shopping carts are returned. I like to be able to return my cart without having to walk very far from my car when I’m done shopping. As I walked by the return bin, I noticed a woman who was parked two spots on the other side of the bin. She unloaded her cart, and promptly pushed it onto grass in front of her car. When she looked at me, I simply said “nice,” as sarcastically as I could. After she got in her car, I retrieved her cart and decided to use it for my shopping (it’s OK, I was wearing gloves and I had a disinfectant wipe).

As I continued walking to the store, another woman was unloading her cart into her the back of her car. As I passed her – pushing my cart – she pushed her now empty cart about 15′ (4.5m) toward me and said:

“Take this back for me!”

And then she got in her car.

I took the cart back. No sense saying the ten or twenty potential one-liners that went through my mind. I’m sure the woman was stressed, perhaps scared, perhaps she’s just mean. In any case, I wasn’t going to fix her at 7:00 am in the parking lot.

Lots of squawking in the trees with this guy hovering overhead.

Things are getting green.

These trees were bare a couple weeks ago.

I love watching them glide along effortlessly.

Smokey decided to pose for me. He’s normally pretty skittish.

I still can’t resist waking MiMi. I’m getting the feeling that she doesn’t like it.

Draining the water runoff from the highway. 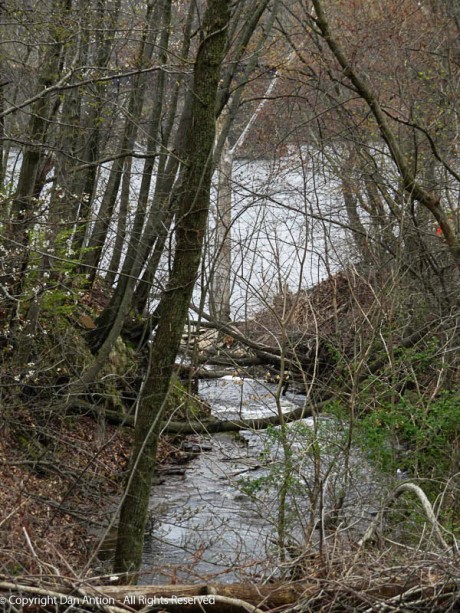 Emptying into the Connecticut River.

I did some work in the garage and then decided to set up our afternoon furniture.

“Go ahead and sit. It’s good to get some fresh air.” 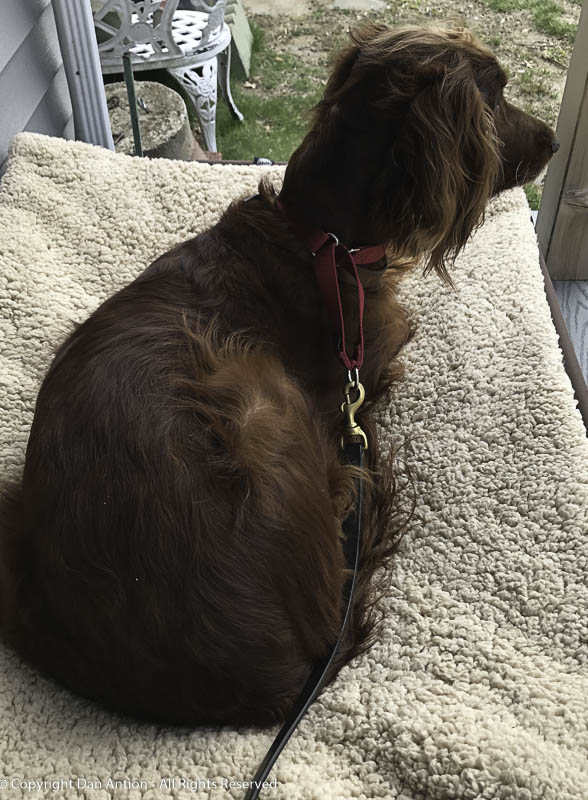 She always finds something to study.

87 thoughts on “Since You Asked So Nicely – #1LinerWeds”