Today’s post is primarily pictures. That’s because three remarkable things happened last week. First, I was able to walk on the Windsor Locks Canal. As I mentioned on Saturday, for the past 10-12 years, about half of the canal path has been closed in order to protect a nesting pair of bald eagles who have been trying to add to the eagle population. Not only did this allow me to get the pictures of the CT Rail / Hartford Line train crossing the river, but it let me see the canal in spring. The Windsor Locks Canal is a very special waterway. Water flows through the canal – it’s not a stagnant body – and the water and the surrounding riverbanks support life. However, because the flow through the canal is metered and controlled, the life along the banks is not subject to the ravages of flood levels and rapid currents.

The second thing that happened is that we’ve had some new life in the neighborhood. I’ve shared umpteen pictures of squirrels, but we also have baby chipmunks and at least one baby bunny.

The third remarkable thing is that I saw and was able to photograph a Pileated Woodpecker. I’ve never seen one before, and I had no clue what kind of woodpecker it was. The Editor looked it up, and I have to agree with her assessment.

So, with that as the all-important backstory, I give you today’s gallery. I apologize that it’s a little larger than normal. 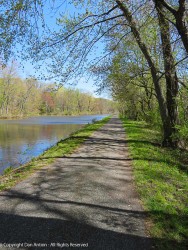 That’s the Windsor Locks Canal on the left. Slow flowing compared to the river.

The Connecticut river is running fast and high. I think it’s why the wildlife prefers the predictable environment on the canal side of the path. 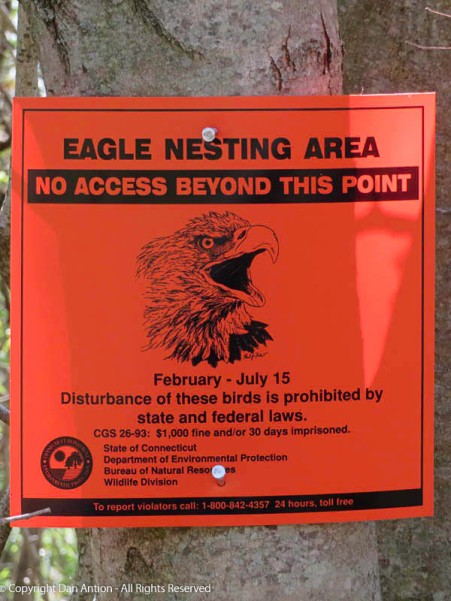 These signs were posted when the eagles first built their next. 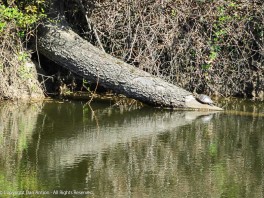 I wonder how high he’s going? 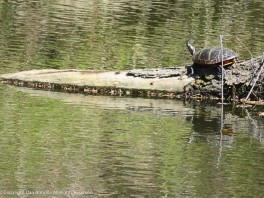 This was the largest turtle I saw.

“Hey, Yertle. Where are you going?”

Pop quiz – which turtle is the one with a blog?

i love the reflections.

The canal is the only place around our home that ‘I’ve seen herons.

Heron enjoying the sun with the turtles. 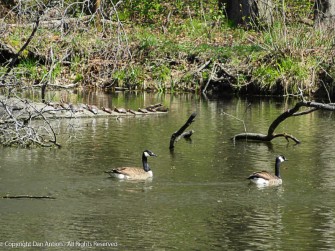 I think most regular readers will recognize this scene, but I don’t often see it with any bare trees.

I love the way the turtles crawl up on the logs to bask in the sun. 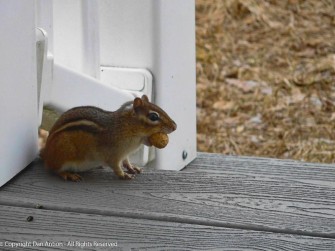 We’re not pleased that this mom squirrel decided to A) have her babies in our log rack, and B) add some ventilation.

This looks like a female Pileated Woodpecker. The males have a red stripe on their cheek. To be honest, I don’t see the red strip on the identification website. 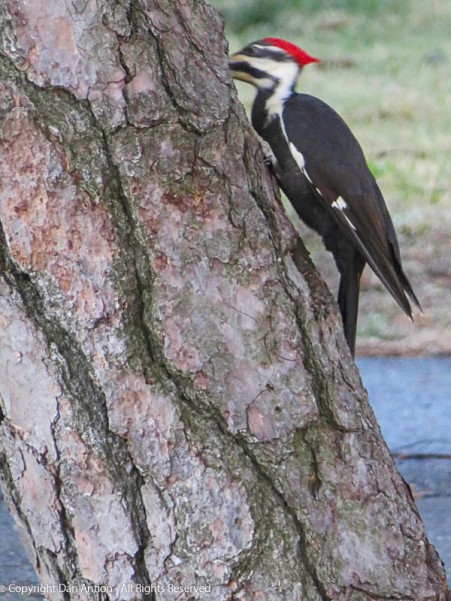 Woody at work. It was hard to get a picture of it without its beak in the bark.

Maybe mom, maybe dad. Cute, but not as cute as the baby. 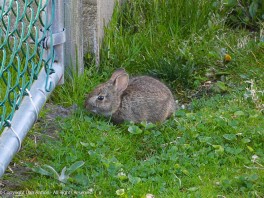 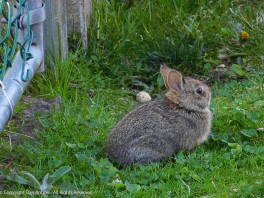