Last week, Connecticut took its first step toward reopening. This phase allows for more extensive travel – within our state, I’m not sure about driving into Massachusetts – in order to go about our business. Prior to entering this phase, while free to move around, the implication was that, if you were driving, you were going to work or to an appointment. We were allowed to travel for leisure, say to a state park, but I’m not sure “gathering photos for Thursday Doors” would be an acceptable answer. Of course, I’m not sure anyone would have asked, but like every decision during this time, I decided to error on the side of caution.

Suffield applied to be an independent town on May 20, 1674, exactly 146 years to the day that our travel restrictions were relaxed. The request was granted on June 8th of that same year. A few weeks ago, I showed a series of doors. From the Enfield Historic District. Suffield is directly across the Connecticut River (to the west) from Enfield. My doorscursion began just north of the town line separating Suffield from Windsor Locks (the town in which I live) and continued through the Historic District. Geographically, the area of Suffield I explored is roughly similar to the area in Enfield, just south of the bridge over the Connecticut River that connects these two towns.

I collected a good number of doors, including those of Suffield Academy. I’ll be sharing these over the next few weeks. Today’s gallery begins south of the Historic District, near the north end of the airport (BDL). So, we’re easing into the classic homes.

Thursday Doors is a weekly blogfest, hosted by Norm Frampton. Each week, Norm invites door lovers from around the world to capture some door images and share them at his site. If you have a door to share, head on up to Norm’s. If you just want to see some great doors, head on up to Norms.

This brewery started in Broad Brook, CT – south of this location and across the river. It couldn’t expand there, so it moved here.

The pastor of this church is famous for humorous messages on that board. 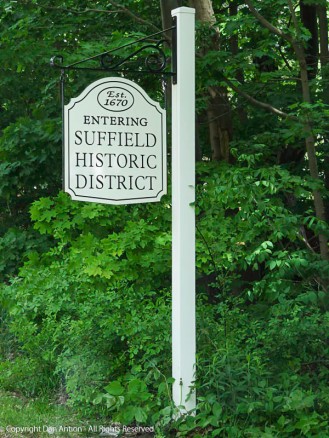 Welcome to the Suffield Historic District

I’m sure most of my readers know that this is a tobacco barn.

You can’t see the door from this angle, but Norm doesn’t let us trespass.

One of the more robust houses in the district. 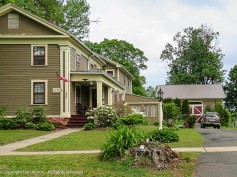 The frame of this house was built in 1701 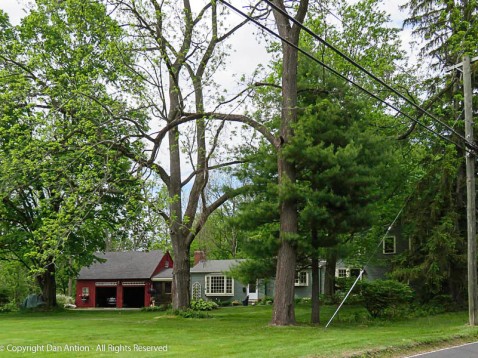 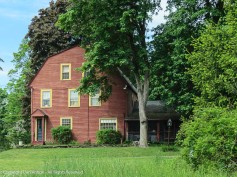 Color, door, style – all meet my approval as if that’s necessary).

The side of that barn. 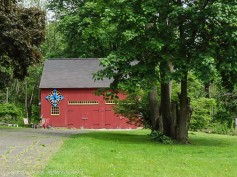 I love this barn.