Keeping it Simple, or Not – #1LinerWeds

Its only held together with clamps, but I think its going to look nice. 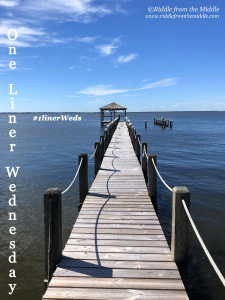 We are busy doing some much-needed yard work this week. Dirt and sod have been delivered and, if things go according to plan, I will erase the perimeter ruts created by Maddie and her three predecessors. I had planned to start this project last week, but the dirt couldn’t be delivered until Monday. That gave me a chance to make some progress on the mission bookcase I am working on.

If you look in the gallery, you might wonder about the vertical members (let’s just call them legs) in the early pictures. On each set, one leg appears to be longer than the other. That’s because I wasn’t sure how I was going to handle the transition of the bookcase to the floor. If that sounds crazy, do a search on “mission style bookcase.” If you check the images, you’ll see four possible treatments for the bottom of these cases.

I left the vertical members at their rough length, knowing that I could cut them after the sides were assembled to give me whatever look I wanted. When it came time to cut those side panels, I still couldn’t decide. So, I invited The Editor into the shop with,

“Could I trouble you for a design opinion?”

Now, the Editor might suggest that I go overboard with complex details, but she chose the most complicated of the four designs – stubby legs supporting arched rails all around. I think it’s a good choice. 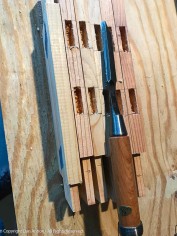 These are the mortises for the side slats. The mortise machine does a nice job, but the mortises need to be cleaned up with a chisel 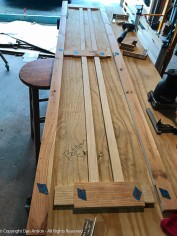 The side slats have to be glued in place first. Then the rails and slats are assembled into the vertical “legs” 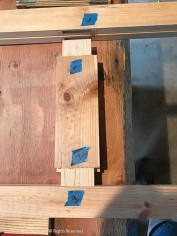 Each joint is dry-fit, adjusted if necessary and numbered. I use tape, because the marks I’ve made on the wood will be sanded away prior to assembly. 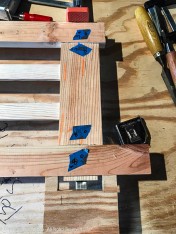 In order to clamp the rails containing the tenons that protrude through the mortise, I had to make these little fixtures to span the end of the tenon. 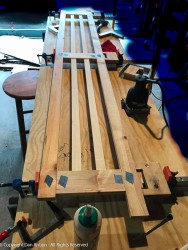 Although open, and not actually containing much material, these sides are very strong. 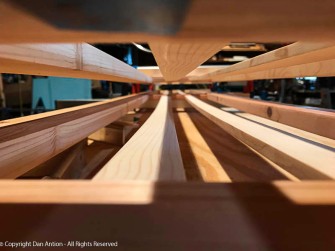 Once clamped, I put the sides one on top of the other. 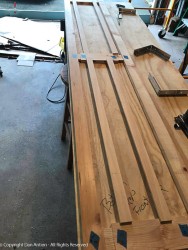 The connecting rails are dry-fit in order to measure the side slats for length. 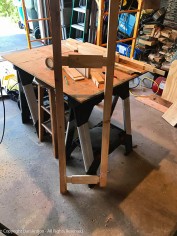 Yes, it looks dumb, but I like the fact that everything will be trimmed to length together. They will be identical. 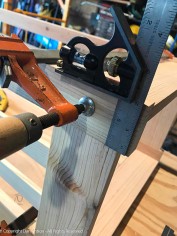 I need to transfer the width of the foot to the front, so the combined L-shaped foot will be symmetrical. 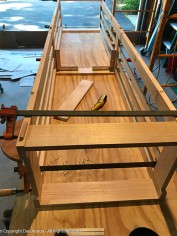 The case is held together with clamps. The arch will be drawn onto the upper front) rail of the bottom. 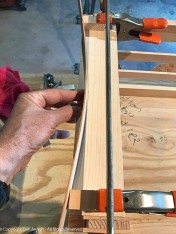 The arch starts just outside the foot. Bending a thin strip is the easiest way to form a gentle arch. 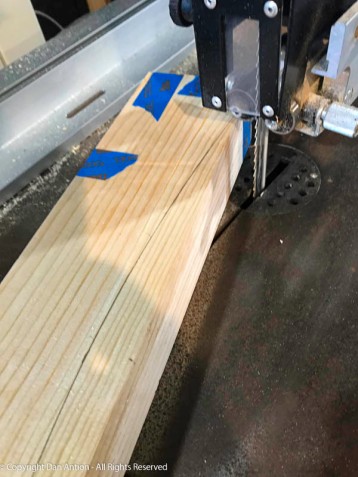 The back and front of the bottom are curved and the front of the top is curved. They are taped together and will be all be cut at the same time. 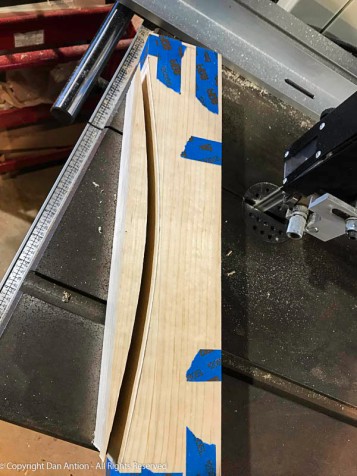 All three have been cut and will remained taped together for sanding.

Its only held together with clamps, but I think its going to look nice. 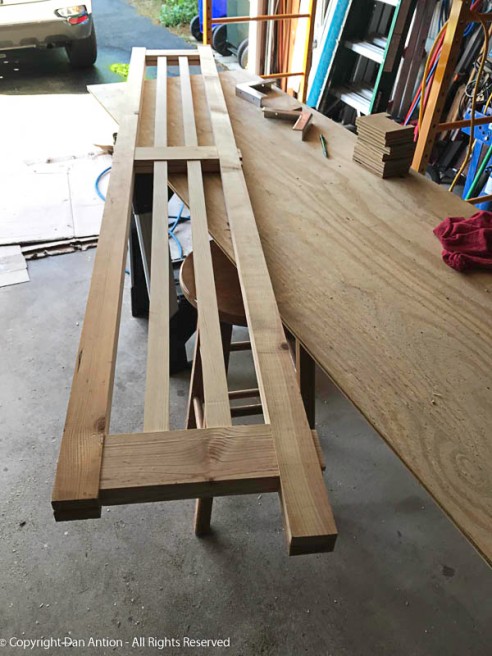 Released from the clamps and ready to be cut to length. 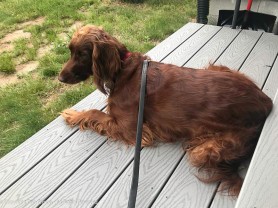 Queen of her deck 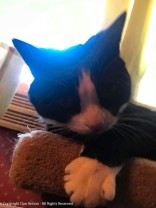 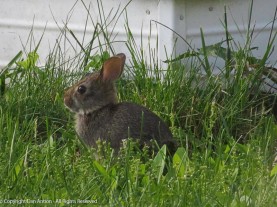 We have two baby bunnies. This it the little one.