Last week, I took you on a tour of the Suffield Green and the doors that surround it. A few of those doors were on buildings on the campus of Suffield Academy, a private secondary school. In 1833, when this school was founded, it served private students and it also served as the school for the town of Suffield. My best friend attended this school in the mid-60s and told me that the buildings we’ve already seen were about the only buildings on campus 55 years ago.

Today, we’re looking at a few houses that are located at the north end of the campus. Some of these were owned by the school in the 60s and some have been purchased since as the campus has expanded. The school grew across the farmland behind the green, and the land associated with the houses on the north end. This may be related to an interesting characteristic of New England towns in the 19th century.

Colonial New England, and the other colonies, used a variety of taxes in order to fund the operation of their governments. The variety of goods and services that were taxed would fill a formidable list. Land was taxed, but only a few of the colonies taxed land based on its assessed value. In Suffield, in the 18th and 19th century, land was taxed by “frontage,” the length of land along the street on which the farm was located. This is the reason a lot of farms in Suffield are narrow and deep.

This continuing exploration of Suffield, CT is part of Norm Frampton’s weekly blogfest known as Thursday Doors. Each week, Norm invites door aficionados from around the world to share images of doors they have discovered in their travels. If you love doors, if you love exploring the world and especially if you have doors to share, you should head on up to Norm’s place. Once there, you can view his doors and follow links to doors by others.

I know, it’s only a garage, but the red and white combination says “New England” more than anything.

One of the private homes on the north end of the campus.

Brodie Hall. I’m not sure what this building is, but it’s relatively new. 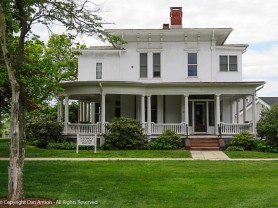 Nathena Fuller House – My information would suggest that this is the Headmaster’s residence.

Barnes House – This is immediately north of Brewster Hall and serves as a faculty residence.

I think that is the new athletic facility. 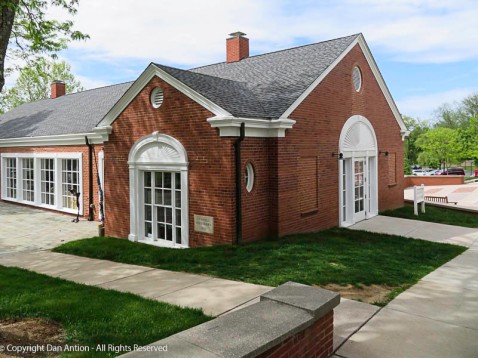 L.P. Bissell Infirmary. This was an Infirmary in the 60s. The building is now an arts center. 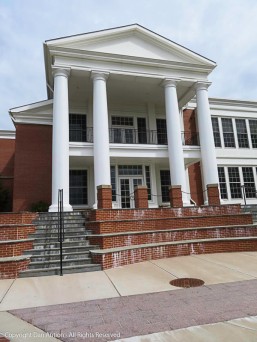 One of the newer academic buildings

One of the newer academic buildings – behind the buildings on the green.

This road is perpendicular to Main St (in front of the green) and shows how the school has grown to the west.

I like the loft door on the side of the garage.

Take your pick of barn doors.