This is Why – #1LinerWeds

Today’s One-Liner was “suggested” by the Editor. When I was enlisting her help in using my shop-built crane to raise the section of roof structure onto the side of our shed, I wanted to convince her that it was safe. I started explaining how I had considered the various forces at work and how I had used material or purchased components that were much stronger than required. Lacking the ability to really engineer a crane, I opted for overkill.

I was explaining that the only item in the current setup that wasn’t dramatically stronger than necessary is the boom line or boom pendants (the web straps holding the boom up). These are stronger than necessary, but under certain conditions (if the boom is lowered), the safety factor decreases. Of course, 1) I don’t intend to lower the boom to an unsafe angle and, 2) I have higher-rated web straps, if I need them.

I then started to explain the math involved in making these decisions, how the force on those straps varies with the sine of the angle the boom makes with the scaffold. I reminded her of when kids used to ask math teachers “when will I ever need to use this in real life?” I added that this is an example of when you need to use that knowledge. To which the Editor asked:

“Is that going to be your one-liner for Wednesday? That you need to pay attention in math class so you know what you’re doing when you build your own crane?”

Well, yeah. I’m going with that. Note: You can skip this first gallery. It’s just offered as evidence as to the complexity of this small project. Cranes, even little backyard cranes, can be dangerous.

This post is part of Linda G. Hill’s fun weekly series One-Liner Wednesday. If you have a one-liner, I would encourage you to join in on the fun. You can follow this link to participate and to see the one-liners from the other participants. 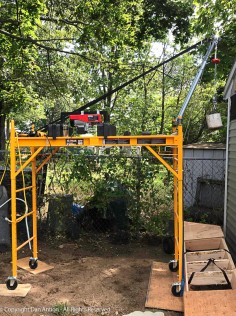 The black lines going up at an angle to the top of the boom are the pendants or boom-line.

We are walking early again, due to another heatwave. It isn’t as dark as it seems, I wanted to highlight the sun. 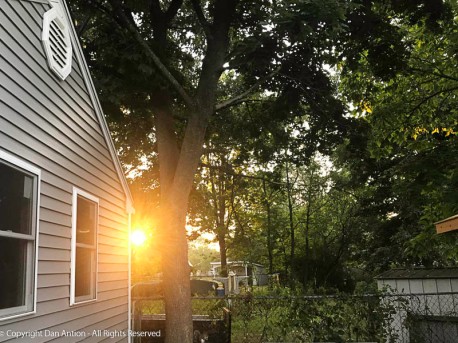 We are early, and the sun is rising later. The end of summer is approaching.

We had a very heavy rain storm. My favorite puddle was much larger than normal. 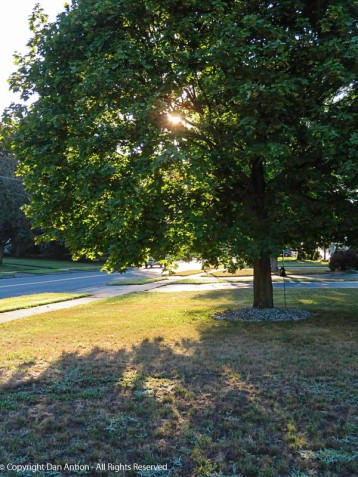 We pass this tree every time we walk. Up until recently, it had been blocking the full sun. It’s starting to lose its leaves. 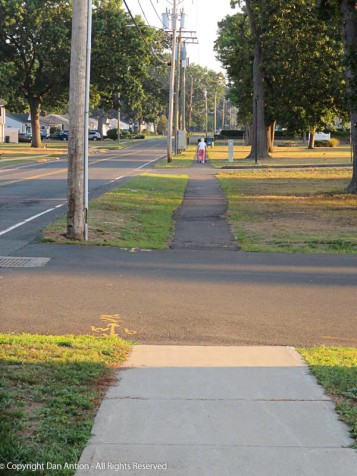 It was a windy day and the sprinkler hit the safety padding on the top of the fence.

“Look, Smokey. You got your peanut. Now, can you move along? I’m trying to sleep.” 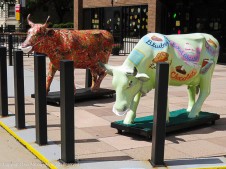