It’s been almost seven months since we have been operating under some sort of restrictions. Businesses have closed, and our lives have been disrupted. Without any judgment, I thought I’d share some posters from the 1940s, during World War II. Material, food, and transportation had to be diverted to the war effort. Women and in some cases, children had to be forced into the labor ranks. Rationing was in effect for high-demand items. “Points” were issued to each person, even babies. Points had to be turned in along with money when buying restricted items. One example I found:

“A pound of bacon cost about 30 cents, but a shopper would also have to turn in seven ration points to buy the meat. These points came in the form of stamps that were distributed to citizens in books throughout the war.”

Other items were rationed as well, including gasoline. Families were allocated 3 US gallons (11 l; 2.5 imp gal) each week. You couldn’t drive very far, but that might not have been too bad, since you couldn’t buy a new car or even new tires for your old car. Also, cars and tires didn’t last nearly as long as they do today.

I started thinking about these things after visiting the “Propaganda Posters of World War II” exhibit at the Connecticut Historical Society in August. Today’s gallery includes photos from that exhibit. The posters are described in the captions, some of which are long, so I’m going to end this post without too many more words. I do have to include my favorite tidbit.

I love that stuff.

Everything that was in need was asked for. 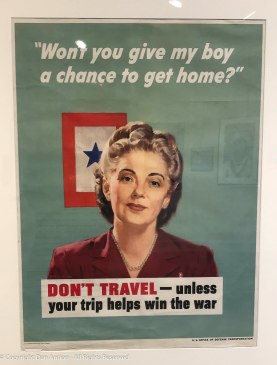 There are arguments on both sides of whether these posted really are “propaganda.” Keep in mind, there was no Internet, no social media and extremely little television. These posters were an important means of communications.

Start to finish, no waste. 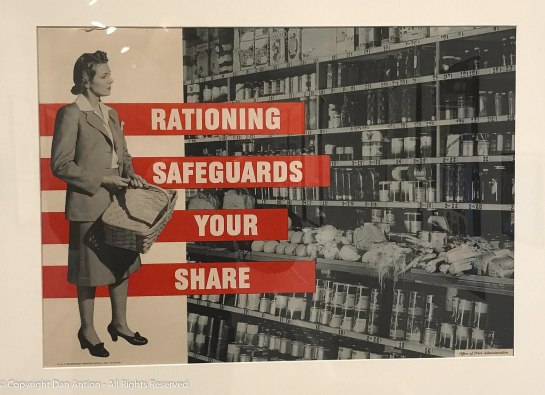 Every job was important.

Doris “Dorrie” Miller. A cook on the US West Virginia. When the ship was hit, he saved several people’s lives and manned an anti-aircraft gun, even though he was unfamiliar with the weapon. He was killed on November 24, 1943 in the battle of Makin. He was the first African American awarded the Navy Cross. 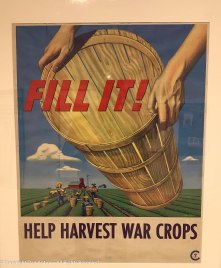 Developed by the War Food Administration to recruit workers to harvest crops.

Find every way to use the food you harvest.

No sneaking around the regulations. 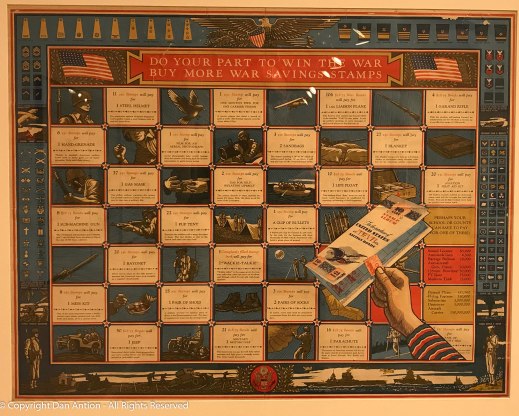 A lifetime education for high school graduates who qualify – Free. 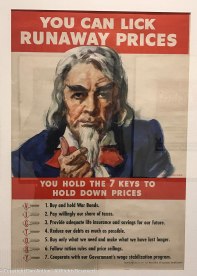 Guidelines to encourage people to save fuel