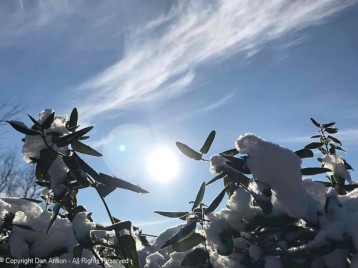 I think the honeysuckle is looking forward to spring. 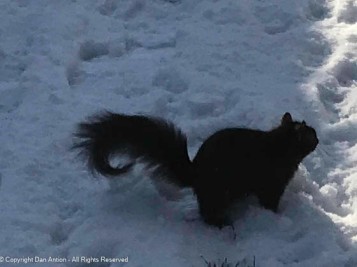 There was a little squirrel, wo had a little curl…

This switchblade dates from the time of that Twilight Zone episode.

Lately, I’ve been trying to prepare posts in advance. When I get in the mood to write, the writing tends to flow, so I figured I might as well take advantage of it. Of course, that causes me to sometimes put the cart before the horse. I get an idea for a post, but there’s already one written. Spur-of-the-moment Dan vs. well-planned Dan. It’s hard to know who will win. I digress, but that’s what I do best.

On New Year’s Eve, I was finishing up the post for the Thursday Doors Badge Contest – sorry, the polls are closed – and I was in a writing mood. I was watching “Static” a Twilight Zone episode about Ed Lindsay, a bitter old man that retrieves an old radio from the basement of his boarding house.  He’s upset with the way people have become obsessed with television in its early days. He’s also upset that he didn’t marry a woman (who lives in the same boarding house) twenty years ago, but…let me get back on track.

This isn’t one of my favorite episodes. If it’s running in the marathon or being shown on SyFy, I watch it, but it isn’t one of the episodes I’ll dial up on Hulu. Still, I’ve seen it many times, but I didn’t remember seeing the scene with today’s one-liner.

Mr. Lindsay enlists the help of a young boy to carry the radio into his room. He turns the radio on, and it picks up a modern station. The boy starts a-movin’ and a-grooven’ to the tune.

Mr. Lindsay is visibly annoyed. He digs into his pocket, retrieves a coin, shoves it into the boy’s hand and hustles him out the door. As he shuts the door, he says:

“Go buy yourself a switchblade.”

Switchblade knives were synonymous with delinquents in the early 1960s. They may have been illegal in Pennsylvania (where I grew up), at least that was the scuttlebutt. Of course, switchblades were just the kind of knife every young boy wanted. The fact that they were associated with “hoods” and “hoodlums” made them even more attractive. That they were thought to be illegal made them irresistible.

When Ed Lindsay said the one-liner, his utterance carried the full weight of the then current connotation of the knife, and it made me smile. 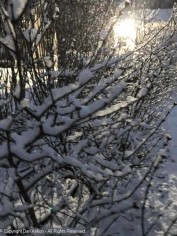 There wasn’t much snow, but it was pretty. 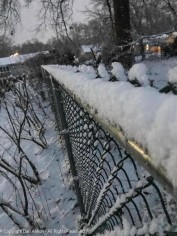 Maddie had to stop and sniff. 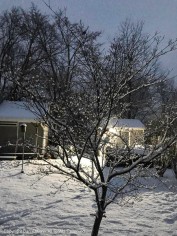 Surveying the yard with Miss Maddie. 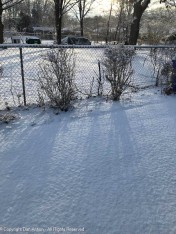 We had a couple inches of snow overnight into Monday. 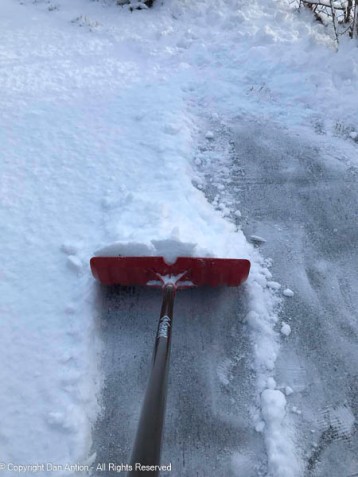 There wasn’t enough snow to require the snow blower. This is my “human plow” shovel. 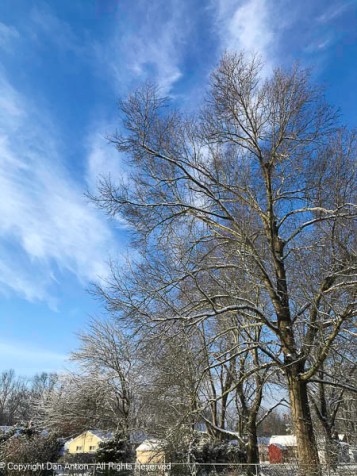 After the storm and cleanup. 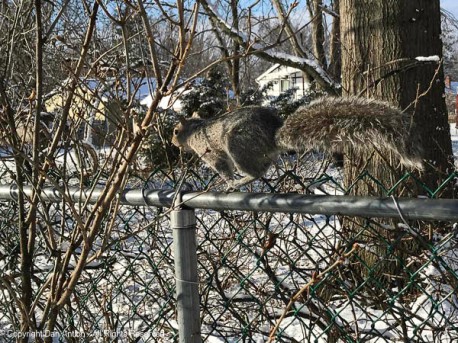 Some of the squirrels are easily startled by Maddie and me. He’s moving pretty fast. 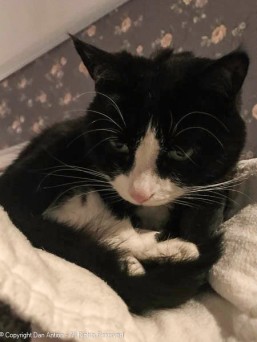 I’m not sure what Smokey is looking at. Maybe someone has better peanuts than I did. 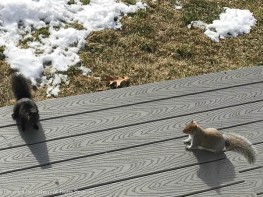 This is through the storm door. I need to open it, toss out a couple peanuts to get these guys to move. Otherwise, Maddie might drag me down the steps.

Smokey, ahead of us on the path.

There you go, MiMi, rest easy. 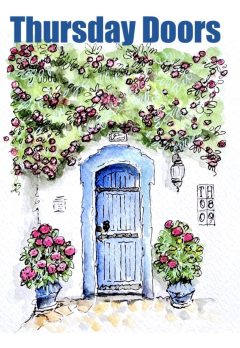