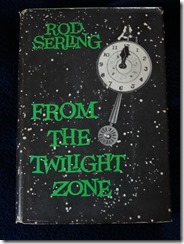 We have closed the first week of March which officially roared into New England like a lion so I’m hoping she remembers to act like a lamb on the way out. We are hiding from the cold at the bar, hoping to relax, while we try to navigate Linda G. Hill’s Stream of Consciousness Saturday prompt.

“Your Friday prompt for Stream of Consciousness Saturday is ‘butter.’ Use it as a noun, use it as a verb, use it any way you’d like. Have fun!”

If we were having a beer, you’d be catching up, at least that’s what I think.

“Good afternoon, my young friend. Did you get your life and your butter out of the Twilight Zone?”

“Funny you should put it that way, David.”

“Dan, you do understand, it was a greeting, a figure of speech, I wasn’t really asking a question.”

“David, you should know better. You’re talking to the man who was asked to give up answering rhetorical questions for Lent.”

“Haha, I know Cheryl. Maybe I can bribe my way out of it. Give the young man a Corona and set me up with a John Howell’s Special.”

“Dan, I’m going to hate myself for asking this, but why did you find my rhetorical question funny?”

“It’s just that I watched one of the bread-and-butter episodes of the Twilight Zone this week.”

“OK, now for a real question, what are you talking about?”

“Bread-and-butter. Don’t you remember saying that when we were kids in the sixties?”

“No, but I remember the song by the Newbeats. That might have been bubblegum, though.”

“Yeah, I remember that song, but the bread-and-butter thing was a superstition. You know, if you and your girlfriend were going to walk on opposite sides of a lamppost.”

“I could have, but that phrase came up twice in the Twilight Zone.”

“Here you go, boys. A nice cold Corona, sorry we’re back to bottles, Dan, and bourbon, ice and seltzer for the old man who can stay quiet.”

“Thanks Cheryl. Cheers Dan. Are we done with your story?”

“Well, I was going to mention the episodes.”

“The one I saw last week was ‘Nick of Time’ with…”

“William Shatner. I remember that episode, Dan. I even remember when he said bread-and-butter. His wife looked at him like he was crazy.”

“So what was the second episode?”

“It was the one with the old folks in the retirement home, ‘Kick the Can,’ remember?”

“I remember the episode, but not the bread-and-butter part.”

“Charles Whitley, the main character, reminds his friend Benny that he used to believe in magic, hinting that he should believe in it again.”

“Oh, that’s right, bread-and-butter, baby teeth, he used them as examples. OK, are we done now?”

“Unless you want to talk about Maddie’s.”

“You had breakfast at Maddie’s?”

“I did. I had to bring my car in for an oil change on Thursday.”

“Well, I do not want to talk about that. I was munching on an oatmeal-raisin breakfast bar.”

“Speaking of munching, David, I forgot your cherries.”

“Thanks Cheryl. I’m so used to Skippy, I figured they were buried under the ice.”

“Interest, and, if you guys are still talking about butter, I have something for you to try.”

“They made the dinner rolls early for once?”

“No, David. Take a sip of seltzer and clean your palate, then try this.”

“Holy moly, that tastes like a Reese’s Cup. What is it?”

Before the current thaw began, I took a short walk through a small park that lies near the point where the Farmington River empties into the Connecticut River. The gallery includes some photos from that walk. Beneath the gallery is that song by the Newbeats.

I think Smokey really wants to drive this thing. 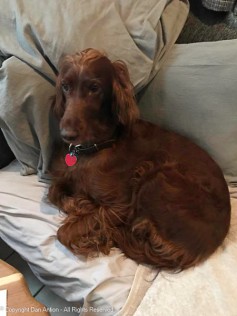 You get up, you lose.

I like bread and butter, especially when it sits near eggs and sausage. 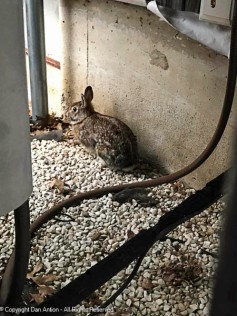 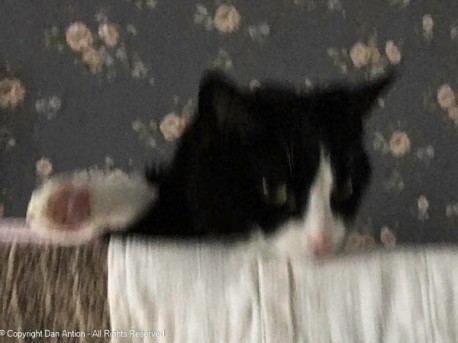 Sorry for the blur. MiMi was on the move, but I don’t know where that foot came from.

The sun is rising earlier.

Pretty soon the river will be hidden.

A downed tree. Nature is allowed to take its course here.

There is water throughout this park.

In case you came here to fish.

My favorite bridge in Connecticut. Over 150 years old, the stone arch railroad bridge over the Farmington River.

I think these guys are heading back home.