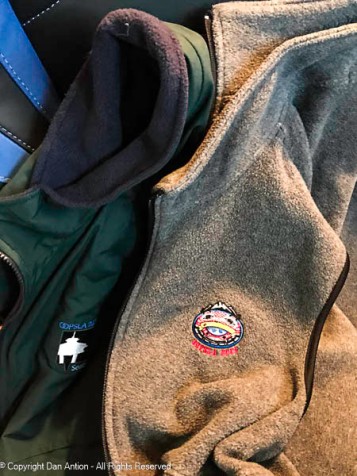 Welcome to No Facilities Bar and Grill. We have a full bar and our favorite bartender is behind it today. We also have an interesting Stream of Consciousness Saturday prompt from Linda G. Hill to battle with as we work our way through the weekend.

“Your Friday prompt for Stream of Consciousness Saturday is ‘oop.’ Find a word with the ‘oop’ sound in it and use it in your post. Enjoy!”

If we were having a beer, I’d give you an ‘oop’ word you’ve never heard before.

“Dan, what on earth are you wearing?”

“I know it’s a vest. I’m curious about the logo. I’m used to you wearing Pittsburgh team gear, Pirates, Penguins and Steelers, but what the heck is ‘OOPSLA’ – is that a band?”

“Haha, not, definitely not a band.”

“Before you guys head down that rabbit hole, can I get you a beverage to enjoy on the way?”

“I would like some John Howell’s Bourbon, Cheryl, but what makes you think we’re heading down a rabbit hole?”

“Before I answer that, are you buying Dan a Corona?”

“Sure, but what am I missing?”

“You’ll find out. But just remember, you asked, and remember who you asked.”

“OOPSLA was the name of a conference I used to go to every year. A conference on Object-Oriented Programming Systems Languages and Applications.”

“Don’t say I didn’t warn you David. Here’s your bourbon, your seltzer, your ice and Dan’s beer. I gotta run.”

“Cheryl, you’re not going to leave me here with him, are you?”

“At the risk of losing my sanity, Dan, what exactly does object-oriented mean?”

“It refers to computer programs that are developed in languages that support a programming paradigm based on the concept of ‘objects’, which can contain data and code.”

“Stop – please for the love of all things holy, stop!”

“I know, but I really don’t want to know any more than what you just said. I mean, anytime I hear the word ‘paradigm,’ I know I’m in the wrong conversation.”

“See, in Object-oriented terms, you’re a ‘David object.’ I sent the word ‘paradigm’ to your ‘conversation’ method and you returned ‘nil’ – i.e. nothing, not interested, a null value.”

“Yes, Dan. Yes, I did exactly that. Now, can we exit this program?”

“Of course, David. I wouldn’t want to bore you with the way I made my living for the twenty-five years before I retired.”

“That’s good, Dan. Because, even though I know you’re expecting me to have some sympathy and say, ‘oh go ahead and explain,’ I really don’t have any sympathy and if you start to explain, I’m going to be sick.”

“Now, Dan, keeping in mind that we reached this understanding, why are you wearing the vest?”

“I like it. It’s perfect for this time of year.”

“Yeah, but everybody has one of those. Not too many people have an OOPSLA vest.”

“I’ll grant you that. You’re the only person I know who has one.”

“I have two. I have this one and a lighter weight fleece version from OOPSLA Two-Thousand Four in Vancouver.”

“This one is from Seattle. Was OOPSLA a Pacific Northwest thing?”

“Well, the company that created the conference is in Portland, but I went to OOPSLAs in San Diego, Portland, Chicago, Atlanta, Denver, Anahiem…”

“Stop! I get it, all everywhere. Is the conference still a thing?”

“Not by itself. OOPSLA is now a track within the SPLASH Conference.”

“You boys ready for another round, maybe some food?”

“Yes, Cheryl. I think I need another round. I’m about to ask what SPLASH means.”

“You are a glutton for punishment today, David.”

“I promise not to go on about it, but SPLASH stands for Systems, Programming, Languages, and Applications: Software for Humanity.”

“How nice for humanity, Dan. Thank you for not going on about it.”

“How ‘bout a pizza to go with that bourbon?”

“Dan does have one redeeming quality, Cheryl, he doesn’t talk with his mouth full.”

It begins. They are testing the sprinklers, so I have a new season of frustration trying to get the perfect sprinkler picture. 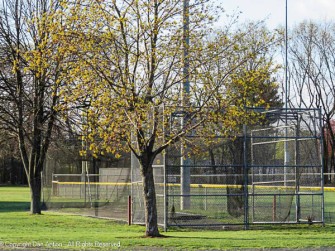 The batting cage is open for business.

Quince, forsythia, dogwood and azalea, all starting to bloom or blooming.

Returning from our walk on a relatively calm day.

CH-47 Chinook heading for the Army National Guard base at BDL.

As Maddie and I returned, Smokey was there to collect a toll. “One peanut please,”

See, I did give him a peanut. 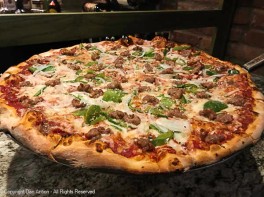 It snowed Thursday morning. The bunny was not happy. 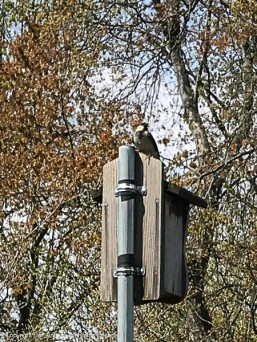 Maddie and I were sitting as this hawk flew overhead.

The lilacs are starting to bloom. 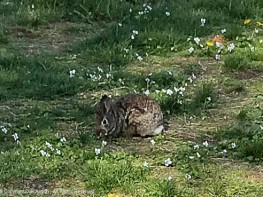 “I love these wild violets! Thanks for not using weed killer.”