We had an appointment yesterday to have our oil burner serviced. This is an annual drill and being a fan of preventative maintenance, it’s one I appreciate. Of course, it means having a technician make several trips through the house as he moves his tools into the basement.

I remember when we had this service last year. The service company had called in advance to make sure no one in our house was infected with the virus. They also wanted to make sure we would be willing to wear masks while the technician was in the house and they ensured us he would be wearing a mask. Burner technicians always wear gloves.

When he arrived, I was wearing a mask (the Editor was locked away with Maddie, trying to keep her from barking). Containers of hand sanitizer and Lysol wipes were on the table and we practiced an odd little dance as I led him to the burner room. When he was done, I offered him a bottle of water which I wrapped in a paper towel. After he left, I wiped down the doorknobs, light switches and surfaces he had contact with. Surface transmission was thought to be more of a threat last year than now.

Yesterday, the same technician was back. He was wearing a mask, but I wasn’t. I apologized and reached for one – I don’t mind wearing a mask – I had just forgotten. He explained that he had had his shots, and if I had had mine and was comfortable, we could forgo the masks. I agreed (It’s not like we really ever get close).

He took his mask off and said,

The Korean Dogwood is perking up. 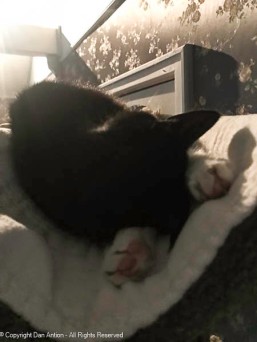 Sorry MiMi, but we had to turn the lights on.

Looking out over the lilacs and the dogwood.

“There are people playing in my park. That’s good, I’m not going to bark at them today.” 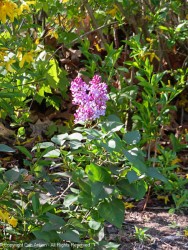 This tiny lilac sprung up in the forsythia. When it’s done blooming, we’re going to transplant it into the yard. The driveway is not a great place to try to grow. 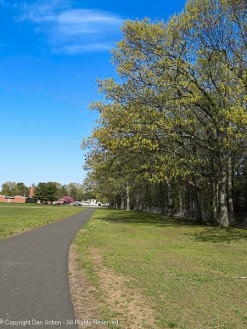 You can’t see, but at the far end of the path is a small dog. Maddie and I moved to the path in the shade on the right of those trees.

Rivergirl’s bunny is getting pretty big. 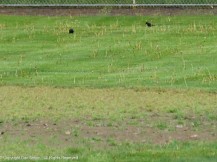 “Are those guys going to mow this field? How are we supposed to play ball in these weeds?”

Maddie thought these drops were there do give her a quick drink. Lick-lick-lick.

The Beauty of Moscow lilacs were weighed down but the rain these past few days.

The lilacs are very full this year. 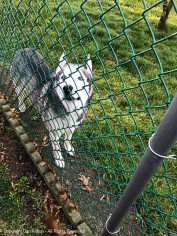 It has been raining for days.

I like taking pictures of this tree as the seasons progress. It’s beginning to hide the sun now. 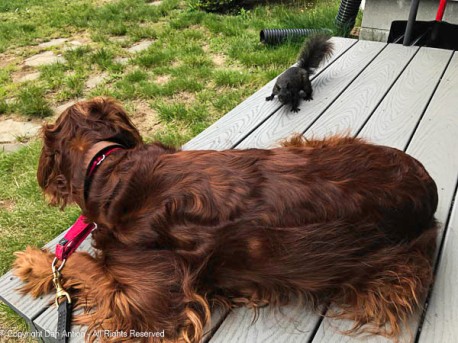 “Um, dad, do you have a peanut for Smokey? He’s making me nervous.”

Old and new. The Rose of Sharron is beginning to sprout. The lilacs are at full bloom and the Dogwood is starting to fade.